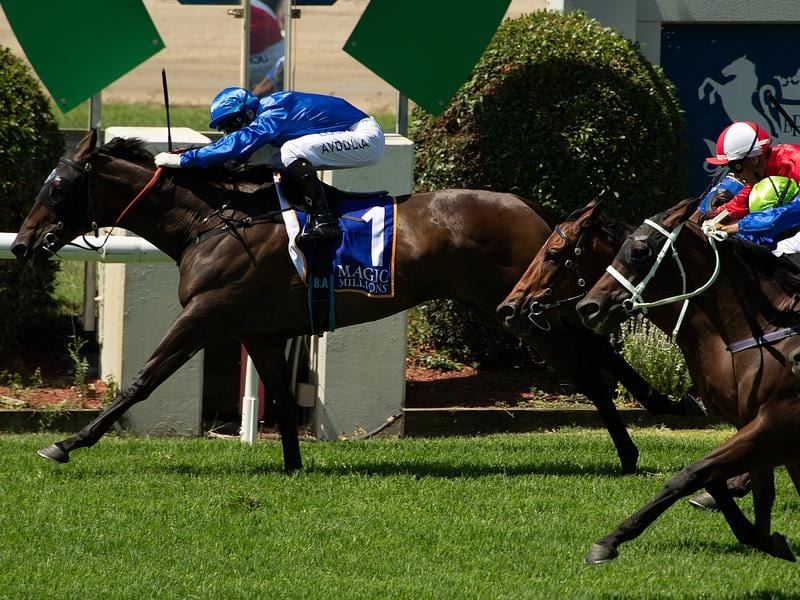 The powerful Godolphin stables’ decision to campaign in the Brisbane summer paid immediate dividends when Tally earned a start on Magic Millions day with victory at Doomben.

The Doomben meeting featured four races with wild cards to the Magic Millions day where horses which did not go through a MM sale could qualify for various races.

Visiting Sydney jockey Brenton Avdulla took Tally ($5.50) to the lead from a wide barrier and was able to dictate the pace with the pair having a 1/2-length advantage over Tumultuous ($5) at the post.

It was a homecoming of sorts for Godolphin Australia manager Vin Cox who oversaw the Magic Millions for more than a decade.

“I was a part of the decision to have a $10 million race day for Magic Millions. I must pay credit to former Racing Queensland chairman Kevin Dixon who came up with the idea of wild cards,” Cox said.

“It really adds to the Brisbane summer carnival. For instance we have nine horses up here for the summer.”

Cox paid tribute to Avdulla’s winning ride but now must wait for the weights for the Magic Millions Trophy which is a Quality event.

Tally won the Eclipse Stakes at Sandown last month and is likely to get close to to top weight of 61 kgs.