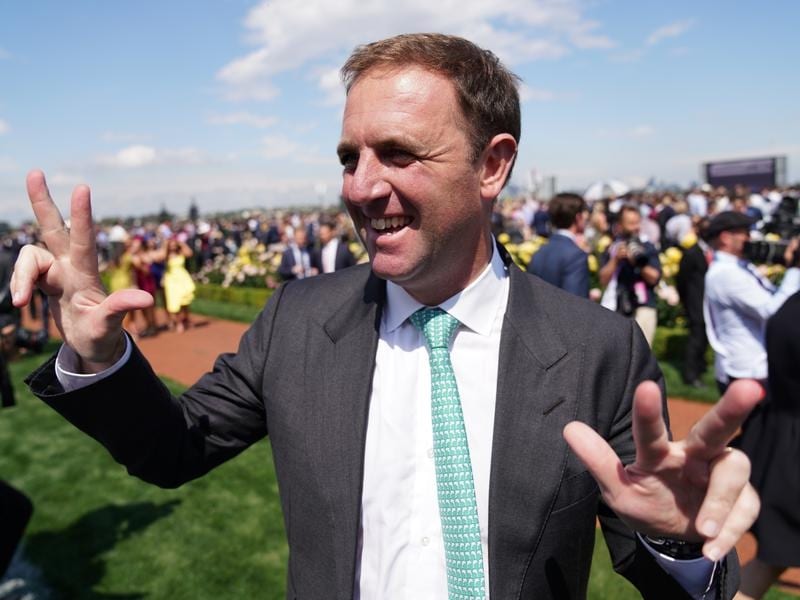 Two Charlie Appleby-trained Godolphin horses have taken to the track at Canterbury after arriving from Dubai in preparation for The Championships.

Sydney Cup favourite Dubhe and All Aged Stakes hopeful D’Bai stretched their legs with an early morning canter around the racetrack on Tuesday, after arriving in Australia over the weekend.

Appleby became the first English trainer to win the Melbourne Cup in 2018 with Cross Counter and trained Polarisation to win the 2017 Sydney Cup.

Travelling track rider Robbie Fitzpatrick says the two horses have settled in well to the quarantine facilities in Sydney’s inner west and will ramp up their work in the coming days in preparation for their upcoming races.

“I think they both come with good chances,” Fitzpatrick said.

“Dubhe is obviously running over the staying distance and won quite easily last month at Meydan by four lengths and D’Bai, I think he’s one of the best horses I”ve sat on.

“Today’s a steady canter, so every day just build it up slowly.”

Both horses are winners in England and are coming off wins in Dubai as they head into The Championships.

Fitzpatrick says D’Bai is especially suited to contest the 1400m $600,000 All Aged Stakes at Randwick on April 20.

“That’s perfect for him,” he said.

“He just gives you such a nice feel. He does everything so effortlessly, he moves great, he’s got lovely attitude and the key to him is just getting him settled and getting him relaxed.”

Fellow British horse He’s Eminent also took to the Canterbury track on Tuesday, days after he was run down by Avilius in the last stages of the Ranvet Stakes at Rosehill.

The Sir Mark Todd-trained horse has been at Canterbury since early March and is scheuled to take on Winx in the Queen Elizabeth Stakes on April 13.