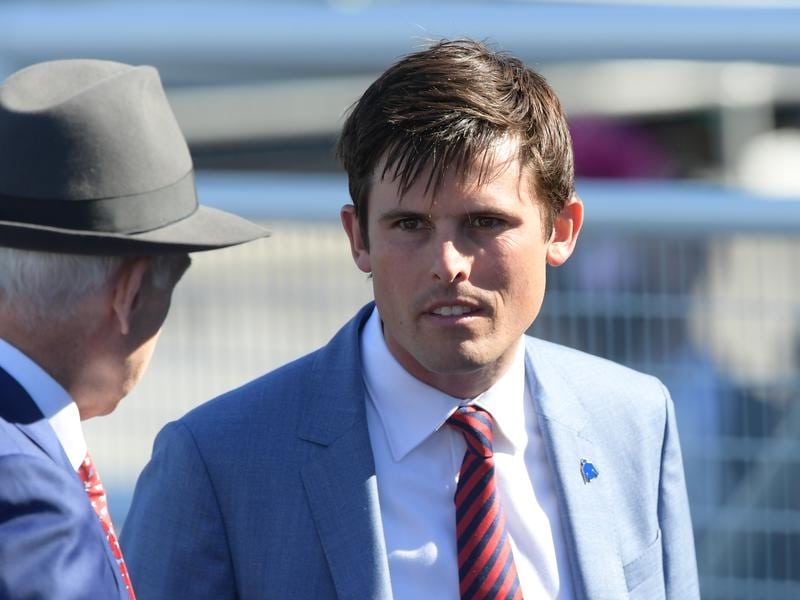 The Australian arm of Godolphin is set to unveil the third of its Cups entries in a stakes race at Randwick.

Imports Avilius and Best Of Days have already been seen in action while Mr Moonlight Magic runs for the first time in Australia in Saturday’s Group Two Chelmsford Stakes.

The three are the only entries for the Caulfield and Melbourne Cups from the Godolphin stable of James Cummings.

Mr Moonlight Magic was prepared in Ireland by Jim Bolger and hasn’t raced since finishing fourth in the Group One Irish Champion Stakes last September.

Mr Moonlight Magic has had two trials in preparation for his Australian debut and Cummings said the horse would be an interesting one to follow if he finds his form.

He said the stable had given Mr Moonlight Magic time as he hasn’t been straightforward.

“If we could have raced him sooner we probably would have,” Cummings said.

“But it’s taken him a while to get accustomed to the firmer tracks in Australia than some of the others in the past so we’ll wait and see what he’s able to show us on race day.

“It will be great to see him make his Australian debut and get his preparation underway and let us learn a bit more about him.”

Best Of Days runs for the second time in Australia in the Heineken 3 Handicap after having little luck when seventh over 1400m at Randwick on August 18.

“He made an excellent Australian debut in a similar race at Randwick when he left something in the bag,” Cummings said.

“He’s gone ahead since then and we should get a good guide on him in what looks a strong race.”

Cummings said Avilius had pulled up well from his win in last week’s Premier’s Cup and was set to run next in the Kingston Town Stakes at Randwick on September 15.