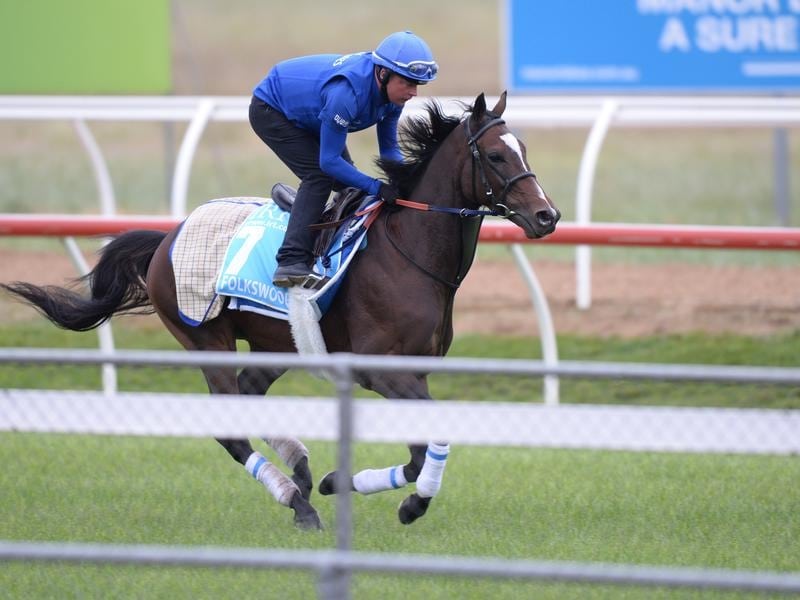 Godolphin travelling foreman Chris Connett is back in familiar territory with three horses preparing for the Melbourne spring carnival.

Blair House, Folkswood and Jungle Cat landed in Melbourne on Saturday and are in quarantine at Werribee where they will be joined by another shipment of Charlie Appleby-trained gallopers on September 29.

The advance party has settled in well and were taken out on to the Werribee racetrack on Wednesday.

Connett said the trio would have a more serious hit-out on Saturday morning.

Folkswood, who won the Cranbourne Cup last year on his way to running third behind Winx in the Cox Plate, is set to run in the Naturalism Stakes at Caulfield on September 22.

He will be joined at that meeting by Jungle Cat who makes his Australian debut in the Group One Sir Rupert Clarke Stakes (1400m).

Blair House will be held back a week to run in the Group One Underwood Stakes at Caulfield on September 30.

“Folkswood made the trip down last year and took it like a pro this time and the other guys are experienced international travellers.

“They’ve settled in and done a few days of nice canter work now and we’re very pleased with them.”

Folkswood last raced at the Meydan carnival in Dubai earlier in the year.

Jungle Cat is a high-class sprinter who won three times at the Dubai carnival including the Group One Al Quoz Sprint on World Cup night.

Blair House was also successful twice in Dubai, including once over Folkswood at Meydan and was a last-start 10th behind Cox Plate invitee Benbatl in the Dubai Turf on World Cup night.