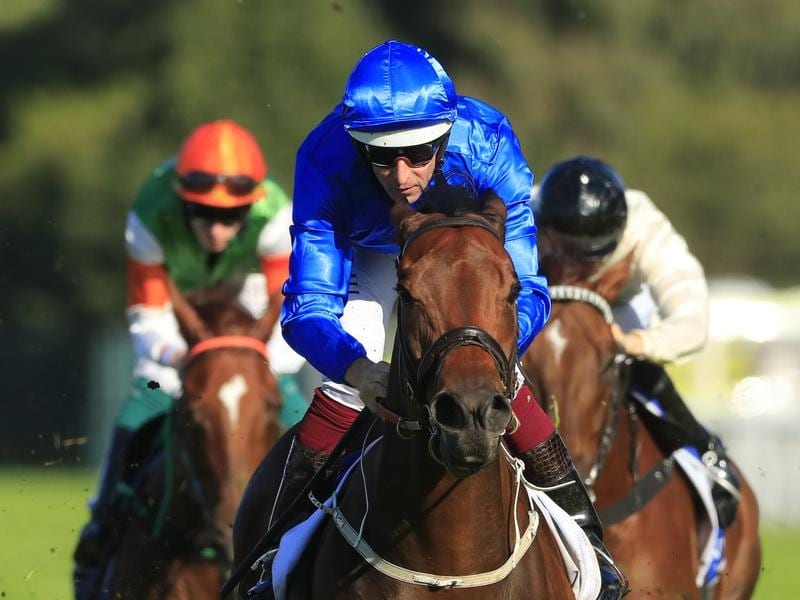 Promising filly Fiteuse has suffered her first campaign defeat at Rosehill, unable to stave off the late surge of seasoned Godolphin sprinter Esperance.

An odds-on favourite, Fituese was extending to 1200m for the first time in the Trapeze [email protected] Handicap on Saturday and briefly hit the front, only to be mowed down by Hugh Bowman on Esperance.

Fiteuse lost nothing in the eyes of trainer John Thompson, who said she would be spelled and return later in the spring.

“She struggled in the going. It might not look it but it’s very heavy out there,” Thompson said.

“To her credit, she never stopped trying and really stuck her neck out.”

The victory by Esperance represented the second week in succession Godolphin trainer James Cummings has successfully switched a horse between states.

Last weekend, Coruscate arrived from Melbourne to land a Sydney win and on Saturday it was Esperance’s turn.

Cummings said finding the right races for their older horses was key but a change of scenery didn’t hurt them.

“But primarily, placing the horses to advantage is paramount,” Cummings said.

“Horses like Coruscate and Esperance, they’re not going to move the needle so much for our establishment but the staff have grown to love the horses and they’re talented, they just need to be in the right races to continue to be competitive.”

Esperance has been nominated for an upcoming Inglis sale but if he does stay with Godolphin he is likely to head towards the Winter Dash (1200m) at Randwick next month.

Cummings said Esperance did a good job to run down Fiteuse, who he regards highly.

“I think she (Fiteuse) is a pretty good filly and I think she’s got a big future so a big scalp is claimed there this afternoon,” Cummings said.

Bowman stalked Rachel King on the favourite and said a strong early tempo favoured his mount.

“At the top of the straight I wasn’t that confident but when she (Fituese) didn’t let down as well as she has been, my confidence grew,” Bowman said.

“My horse dug deep and won with authority.”