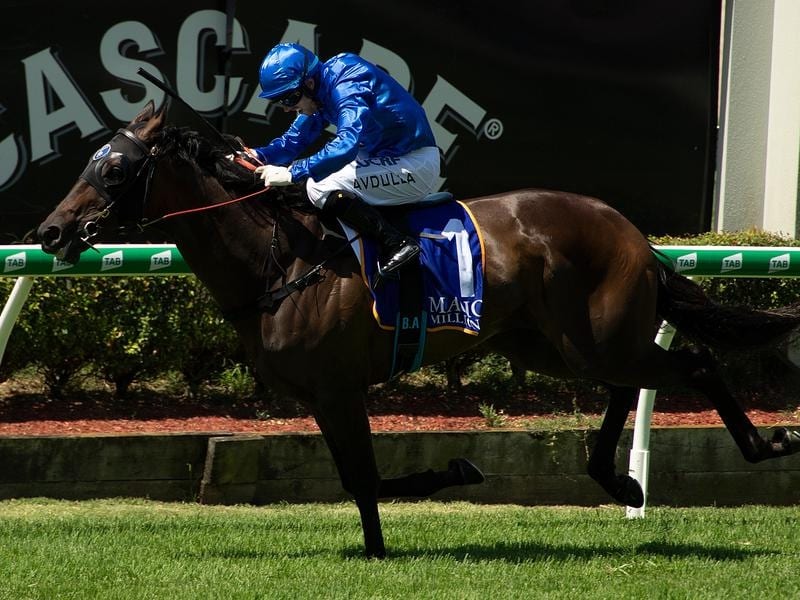 Godolphin can start the new year where it left off with up to three runners at the first major race day, the Magic Millions carnival at the Gold Coast,

Sheikh Mohammed’s operation will have two certain runners at the Magic Millions meeting at the Gold Coast on January 12 – Tally (Magic Millions Trophy) and Manicure (Fillies and Mares) – with both winning their way in via wild card races at Doomben on Saturday.

Although most of Godolphin’s racing stock are home-breds, Magic Millions Classic hopeful Exhilarates is an exception.

A $600,000 yearling by champion sire Snitzel out of the Group One winning mare Samaready, Exhilarates was one of the first horses bought by Godolphin at a Magic Millions sale.

She is just outside the Millions field with earnings of $47,000 following a good second in the Wyong Millions race in November.

Exhilarates has been entered for the $100,000 Clan O’Sullivan Handicap at the Gold Coast on Saturday with a decision on a run to be made later this week.

Godolphin’s Australian managing director Vin Cox said he was pleased the organisation could be a part of the day.

Cox was the managing director at Magic Millions before taking up the position at Godolphin and one of the prime overs behind the $10 million day in January.

“I was a part of the decision to have a $10 million race day for Magic Millions,” Cox said.

“It is an outstanding effort by the whole team to get two wild cards into Millions day.

“Manicure had a few setbacks after the spring and everyone worked hard to get her to the stage she could win a stakes race first-up.”

Six-year-old Tally won his way in with victory in Saturday’s Shoot Out Quality.

Godolphin has had only one previous Magic Millions day runner, Kinshachi, who got a wild card into the Fillies and Mares race and finished seventh in 2017.