Glory Days on track for Livamol 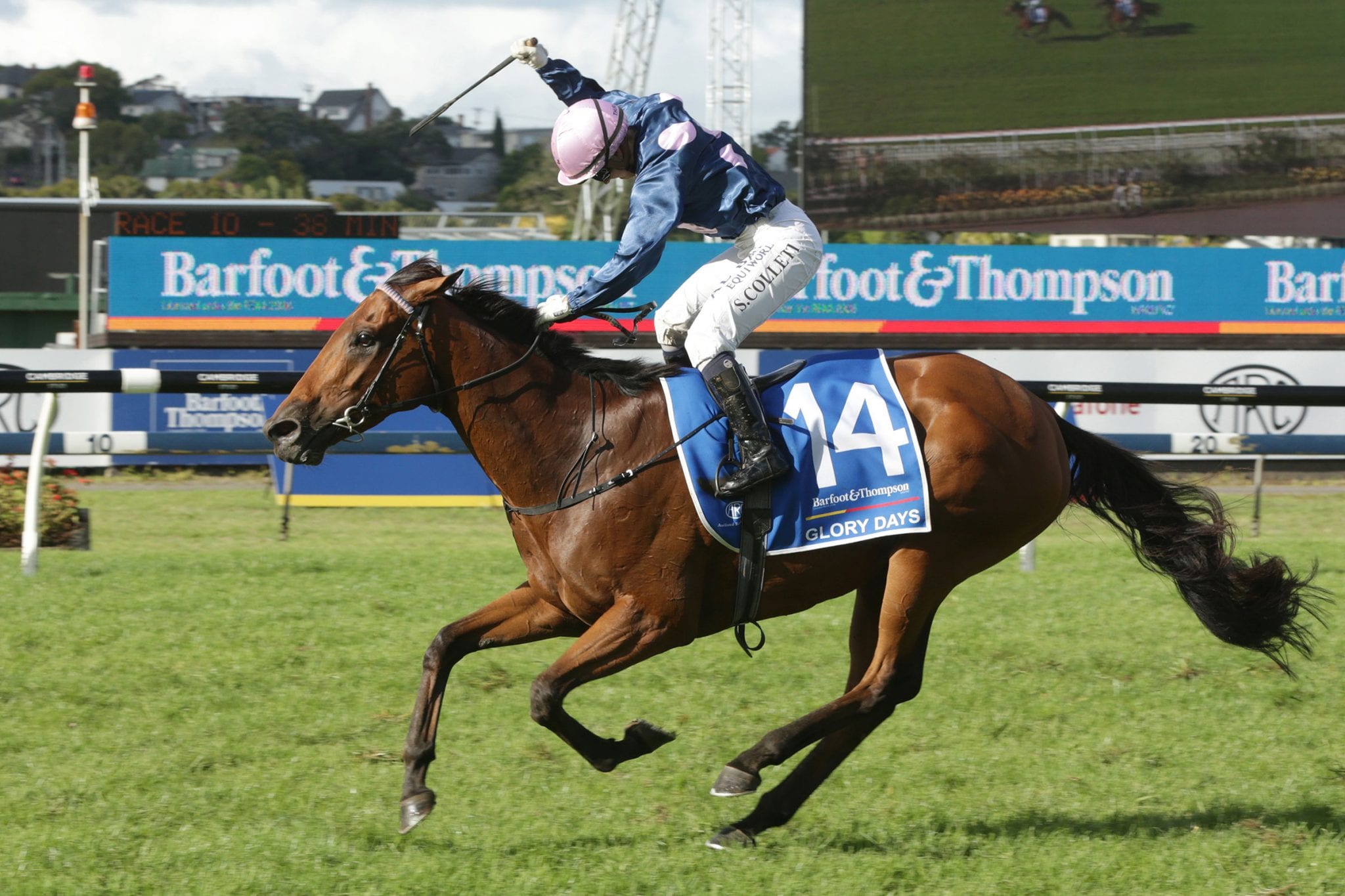 The rekindled career of star stayer Glory Days will be put to the test in the Group 1 Livamol Classic (2040m) at Hastings on Saturday. The winner of last year’s Group 1 Auckland Cup (3200m) and placed in the Group 1 Sydney Cup (3200m), the Red Giant mare was retired after finishing outside the placings in the Listed New Zealand St Leger (2600m) at Trentham in March.

However, a potential sale fell through and her connections decided to bring her back into work for another spring campaign, and the eight-year-old ran an eye-catching fourth in the Website Angels 2100 at Te Rapa on October 2. Carrying 61 kilograms, Glory Days fought fiercely to finish less than a length behind the winner Vadavar.

“It was a really good run,” Waverley trainer Bill Thurlow said. “It was a very big performance and we were really pleased with her. She’s come through that in great order and seems to just keep improving in this preparation. I’m very happy with her. “She had that Te Rapa run while she was spending a few days up in the Waikato to be served by Ten Sovereigns at Valachi Downs. That happened last Sunday, so we’re just waiting for test results at the moment.

“We’ll definitely have a crack at the Livamol next weekend. We’re in the field at the moment, but the late nomination of Melody Belle will push us out by one. But we’re pretty confident that someone else might drop out and we’ll get a run, and that’s definitely where we want to go with her. “It’s probably fair to say that the Te Akau horses are really flying and are going to be hard to beat, and our mare hasn’t really tried weight-for-age before, so that’s going to be a bit of a question mark. “But she’s going so well, she deserves to have a shot at it and I’m sure she’ll run well.”

Thurlow has also been pleased with the form of stablemates Beyond The Fort and Rockoneve. Beyond The Fort is a former winner of the Listed Warstep Stakes (2000m) and placegetter in the Group 1 New Zealand Oaks (2400m). She was a close last-start fourth over 1600m at Hastings, carrying 60.5 kilograms even with the three-kilogram allowance of apprentice jockey Sam O’Malley.

“She just took a little while to get wound up in that race, but she ran really well in the end,” Thurlow said. “We’ll probably miss the last day of the Hawke’s Bay carnival with her and have a look at the Group 3 Thompson Handicap (1600m) at Trentham, then reassess where we go with her after that. “She’s probably looking for a bit more ground, but she’s not very easy to place at the moment. It probably has to be another mile. The Wellington mile is quite a good one, and horses who want a bit further can sometimes get away with it there. Hopefully that will be the case.”

Rockoneve was one of the hard-luck stories of the second day of the Hawke’s Bay carnival, badly blocked in the straight before dashing home for a close fifth behind Can I Get An Amen. “She was a bit unlucky last time, and she’s a horse who seems to keep running into trouble,” Thurlow said. “But it was another good run anyway, and she’s going really well. We’ll probably look at a mile in Wellington next for her as well.”