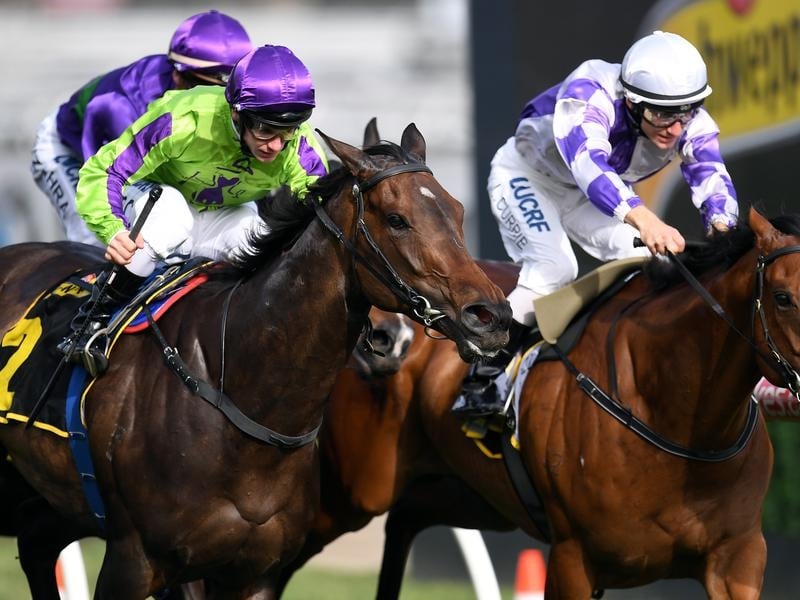 Quality mare Global Glamour returns to a happy hunting ground for her seasonal debut at Caulfield.

The Gai Waterhouse and Adrian Bott-trained five-year-old is unbeaten in her two Caulfield starts and has not raced there since the Group Two Tristarc Stakes (1400m) in the first start of her spring campaign last year.

That was Global Glamour’s most recent victory while her only other Caulfield start netted a Group One win in the 2016 Thousand Guineas (1600m), a week after she had also claimed the Group One Flight Stakes in Sydney.

Bott said the Global Glamour had done plenty of work in her build-up and was forward enough to make her mark in Saturday’s Ladbrokes Odds Boost Stakes (1200m) for mares.

Global Glamour is considered one of the main contenders for the race which will be her first start since being unplaced in the Group One TJ Smith Stakes at Randwick in April.

“She had two nice trials in Sydney before she travelled down to Melbourne and she looks to have settled in well.

“She looks in good shape and she’s obviously got a good record at the track.

“She will most likely stay based down in Melbourne for the remainder of her campaign.”

While Bott said the rest of Global Glamour’s spring program had not been finalised, he said the Group One Myer Classic for fillies and mares was a likely target.

Another Sydney mare, the David Pfieffer-trained I Am Excited, was the $4.60 favourite on Thursday just ahead of Global Glamour and Ellicazoom ($4.80).

Ellicazoom beat I Am Excited in the Cockram Stakes (1200m) at Caulfield on September 1 but meets her 2kg worse at the handicaps.