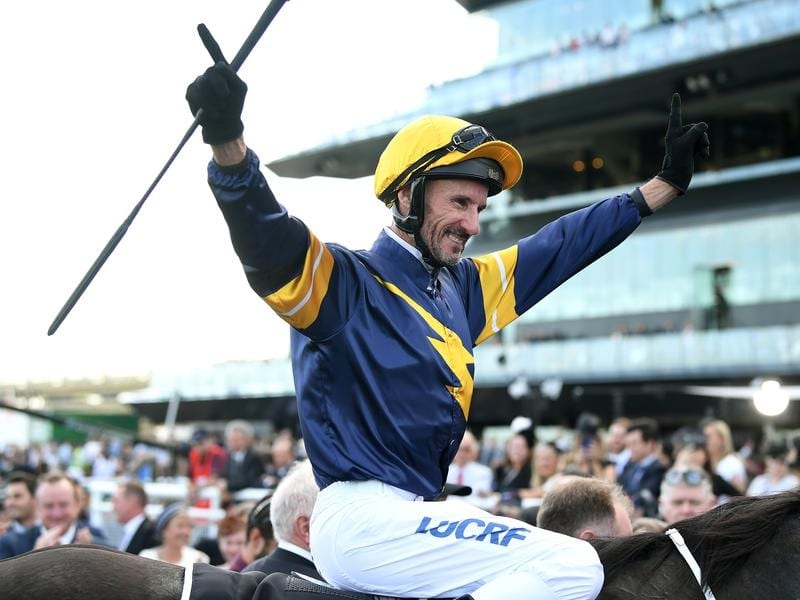 Champion jockey Glen Boss has indicated he wants to see out his riding days back where it all started in Queensland.

Singapore-based Boss and retired jockey Brian York were the special guests at the Queensland winter carnival launch at Eagle Farm racecourse on Tuesday.

The winner of three Melbourne Cups on Makybe Diva, Boss has been riding at The Championships in Sydney where he won his seventh Doncaster Mile to claim his 82nd Group One race on Brutal.

“I am 49-years-old so the end isn’t all that far off. The key is to mix things up, to keep fresh and I have ridden in Queensland, NSW, Victoria, Japan, Hong Kong and Singapore,” Boss said.

“When the time comes I would like to finish up where it all started in my home state.”

“I was most impressed with the track and it can become one of the best in Australia,” he said.

Racing Queensland chairman Steve Wilson said there was a major challenge ahead for the racing industry to stay competitive with the key to keep improving prize money.

“We have to stay in the game. It is fair to criticise but also important to praise when something is well done such as the new Eagle Farm track,” he said.

Queensland will host eight Group One races and 60 other black-type races over the next 10 weeks.