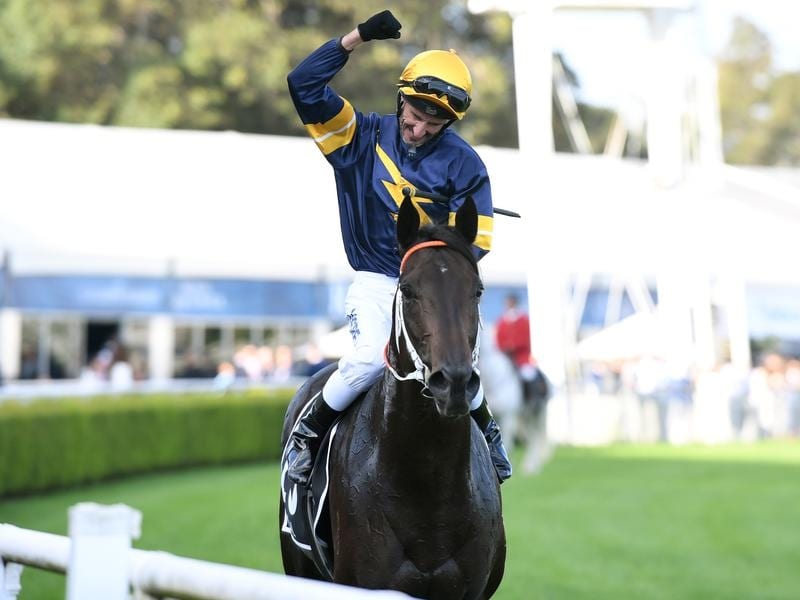 Singapore-based Glen Boss is making another hit-and-run visit on The Championships in Sydney looking to add to his Group One haul.

Boss won last Saturday’s Doncaster Mile on the Hawkes Racing-trained Brutal and just missed making it a feature race double for the weekend when second on Countofmontechristo in the Chairman’s Trophy at Kranji on Sunday.

Gallic Chieftain, winner of last week’s Chairman’s Quality at Randwick, has lured Boss back for Saturday’s Sydney Cup while he has also picked up the ride on New Zealand filly Imelda Mary in the Australian Oaks.

It will be Gallic Chieftain’s second try at 3200m on Saturday having finished third to Fanatic in the 2017 Sandown Cup.

He is currently a $15 chance with markets headed by the $3 favourite Dubhe prepared by Melbourne Cup winning trainer Charlie Appleby.

Boss said the Archie Alexander-trained Gallic Chieftain, who carries 51.5kg, was a handy ride in what looked an open race.

“Obviously the Godolphin horse (Dubhe) looks like he’s got the great form but apart from him they look a pretty even bunch,” Boss said.

“My horse has got a nice weight drop and looked pretty strong at the finish the other day.”

Having collected the major share of the $3 million Doncaster Mile when he rode Brutal at 49.5kg, Boss said it was an easy decision to return to Sydney on Saturday chasing a share of the $1.16 million first prize.

“It’s a $2 million race and the travel is pretty easy,” Boss said.

“You just jump on a plane and do it all again.”

Boss rides at Kranji on Friday night before boarding a flight to Sydney.

He will return to Singapore at the conclusion of Saturday’s program to r.

Boss said his mount in the Oaks added another dimension to the race.

Imelda Mary is a $35 chance for Saturday’s 2400m Classic which has the Chris Waller-trained Verry Elleegant the $1.80 favourite.

“I don’t know whether her form is good enough or not, but she looks like she’ll run the trip,” Boss said.

“She’s got a lovely draw so she should get a good run.”