Giving His All Is Hey Doc’s Prescription 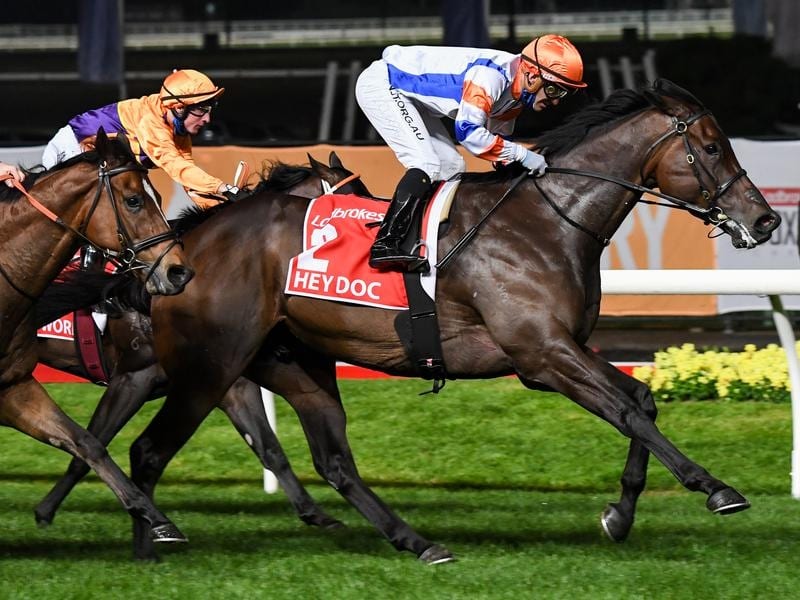 The number one horse in Tony McEvoy’s stable, Hey Doc is ready for the challenge of the VRC Sprint Classic and the co-trainer knows he will give his all in the race.

McEvoy isn’t certain Hey Doc can win the race, which he regards as the best sprint event of the spring, but he is certain the horse won’t be far away.

“He’s a beauty. You can guarantee that he’ll be there trying his heart out at the finish,” McEvoy said.

Of the horses contesting Saturday’s 1200 metre Flemington feature, only Santa Ana Lane with five Group One wins has more victories at the highest level while Nature Strip also has four.

Hey Doc recorded his fourth Group One win when he took out the Manikato Stakes at Moonee Valley at his last start.

“There’s no doubt Moonee Valley is his number one track but he also likes Flemington,” McEvoy said.

“He’s won the Australian Guineas and also the Aurie’s Star over the track and distance so he’s quite adept there.

“He’s in top shape. He needed his first two runs to bring him on for the Manikato and he’s maintained his fitness since but this is a slightly harder race.”

McEvoy said it was great to see Luke Currie back in action and winning aboard Hey Doc at Moonee Valley.

The jockey spent the first half of the year on the sidelines after suffering serious injuries in a race fall in February.

McEvoy said it was unlikely Hey Doc would go to Perth to defend his Winterbottom Stakes crown.

Hey Doc is an $11 chance with TAB fixed odds for the Flemington sprint with Bivouac a $3.70 favourite.

McEvoy has been in South Australia for the duration of the lockdown and his son and co-trainer Calvin has been in Melbourne.

“I can’t wait to get out and see the horses. I’ve had my fill of zoom meetings,” he said.

The McEvoy stable, which will open a Ballarat base in December, also has the unbeaten Deep Speed and Meteorite, who has won his past two starts, in action at Flemington.

“They are both two highly promising gallopers by Deep Field but this is Olympics week at Flemington. It’s a great test,” McEvoy said.

The McEvoys trained Victoria Quay to win the Wakeful Stakes last Saturday and she has been spelled with a view to the Australasian Oaks next year.