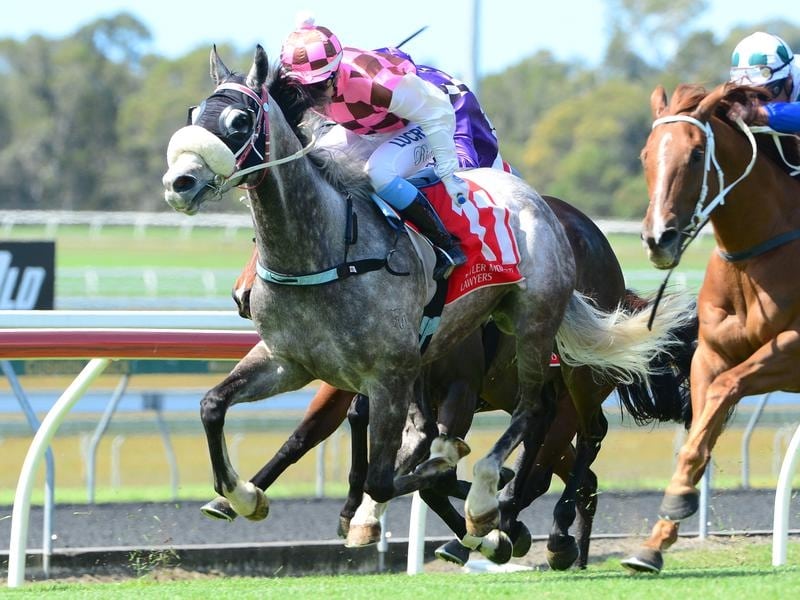 Beaudesert trainer Diane Murphy received some consolation for missing a big bonus in north Queensland when Gilded Lion scored an upset win at the Sunshine Coast.

Murphy also trains Peacock who was in line for a $150,000 bonus if he had won at the Cairns Amateurs last Saturday.

Peacock won the Rockhampton and Cairns Newmarkets which put him in line for winning three of the four races in the Northern Crown Bonus scheme series.

Alas, Peacock finished fifth in the Cairns race but Murphy was philosophical about the defeat.

“In the end the big weight told and he got beaten about a length. Peacock did us proud for the whole campaign,” she said.

Murphy was thrilled when Gilded Lion ($31) got up by a neck in a four-way finish to a Maiden race over 1600m.

“I am so happy about that win as he has been a lot of work,” she said.

Vandyke lost his voice but was all smiles after Trois Choux led most of the way to be the second leg of a double for jockey Ryan Maloney.

Vandyke will now look for a suitable open company race for Trois Choux who scored her seventh race win.

It was Maloney’s 18th winner since moving to Queensland on August 1 to be stable rider for Toby Edmonds but he is developing a loyal following from other trainers.