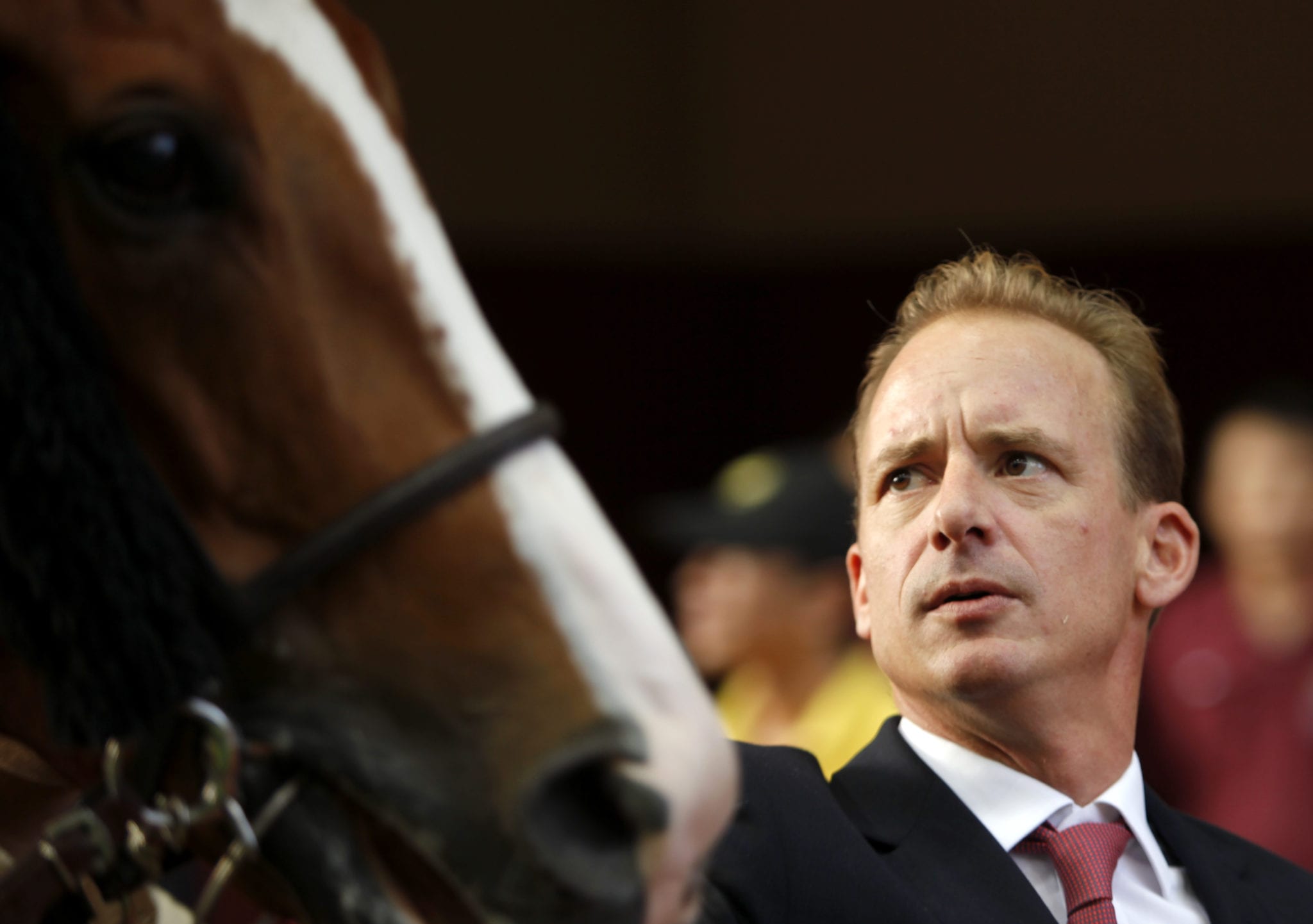 The trainer’s Rattan will carry 132lb in the straight track dash, 6lb more than his talented stable mate Wishful Thinker, but Gibson wasn’t putting one ahead of the other when assessing his contenders on Friday morning (27 September).

“I’m never that interested in ratings,” he said. “Rattan is such a genuine horse and he gives it all on race day, he actually is very tired after a race because he’s put everything out on the track that day.

“Wishful Thinker is slightly more tactical, you’ve got to get your tactics right; they weren’t right last time and we suffered. There are a few more ifs and buts with Wishful Thinker.”

Rattan is fresh for his first start of the campaign and Gibson confirmed that he will wear the blinkers that have been fitted in each of his past two runs. Those races have redefined the gelding’s career: the Savabeel six-year-old was seemingly set fair as a Class 1 galloper at 1400m and a mile, until last April when he delivered a shock win in the Group 2 Sprint Cup (1200m) and was a close second in the Group 1 Chairman’s Sprint Prize (1200m).

“I’ve been really pleased with him,” Gibson said. “We trialled against some good horses the other day and he’s just had a light prep, but he’s very good physically and he always runs well fresh.”

Rattan has never raced at 1000m but his latest trial was over the track and trip. He rolled home under a hold behind the highly-regarded Aethero.

“He’s always trialled very well down the straight so we’ll give him a spin here and take it from there,” the trainer said.

Wishful Thinker is going into Tuesday’s contest with race fitness on his side. Last season’s Group 1 Al Quoz Sprint (1200m) seventh carried top-weight when fifth to Regency Legend over 1200m on 1 September.

“He was too keen (last time),” Gibson observed. “We know he likes trailing and he was ridden up on the speed, so we can forgive him for that. He had a fantastic year last year; he also likes the straight so I think he also has a competitive chance in the race.”

Wishful Thinker won four times last season, including at the course and distance. He also placed third down the straight strip behind Jolly Banner in the Group 3 Bauhinia Sprint Trophy Handicap (1000m).

“He’s been a fantastic horse for me, he’s gone from (a rating of) 74 up to where he is now. We really like the horse and when he gets a smooth run he’s got a fantastic finish,” the trainer said.

“He wasn’t wearing blinkers in his trial on Tuesday, so he was probably just a little bit off the pace but I think he brings his ‘A game’ on race day.”

Tuesday’s action is also set to feature the return of Beauty Generation in the Group 3 Celebration Cup Handicap (1400m).