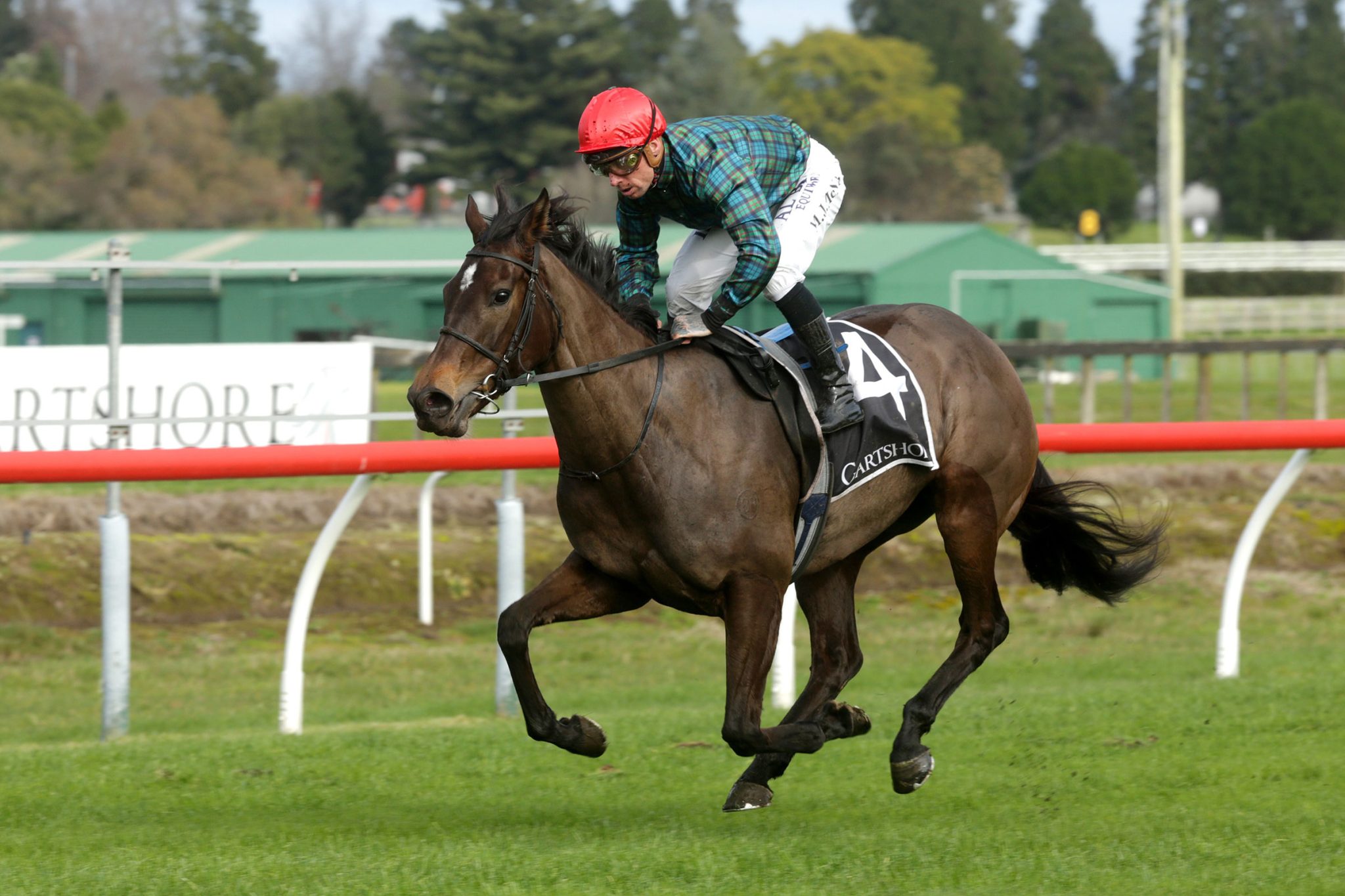 A patient approach has helped New Zealand trainer Pam Gerard get Cork to a position where she is a force in stakes company.

The improving five-year-old mare will have her second go at securing a black type victory when she contests the Group 3 Boehringer Ingelheim Metric Mile (1550m) at Awapuni on Saturday.

The five-year-old first went after black type three starts back in the Listed Opunake Cup (1400m), where she beat all but Helena Baby.

She’s raced twice since then, finishing down the track at Te Rapa earlier this month but then bounced back six days later to finish second to Deerfield in an open 1600m handicap at Hastings.

“I thought on the corner she was going to go past him, but every time she got near he just kicked again. But it was still a very good run – Deerfield’s won 13 races and he’s a tough horse to beat when he’s got his confidence up,” Gerard said.

“She’s done well since Hastings and I’m really happy with her.”

Gerard, who trains at Matamata in partnership with Mike Moroney, said Cork had required a lot of time to grow into her frame.

“She was quite backward when we got her, and she wasn’t very robust – we needed to give her at least a month after racing before sending her out again in her early years,” Gerard said.

“But she’s matured a lot and she’s now as good as we’re ever going to see her.”

Temyia Taiaroa, who partnered Cork into second place in the Listed Opunake Cup behind Helena Baby on July 3, will be back in the saddle at Awapuni.

Once she’s through the Boehringer Ingelheim Metric Mile, Gerard hopes to step Cork up over a middle distance, possibly in the Listed Staphanos Classic (1950m) at Rotorua on October 16.

“If she was going really well and the tracks stayed wet she could go for the Livamol Classic, but that would be a big ask at weight-for-age,” she said.

“The race at Rotorua should really suit her. She’s crying out for more ground.”

The more likely horse from the Moroney-Gerard team to head for the Group 1 Livamol Classic (2040m) on October 15 is Harlech, who was runner-up to Savy Yong Blonk in the race last year.

Gerard said Harlech, who resumed with a fifth-place finish at Te Rapa on Sunday, had come back in great style. He is set to run next in the Group 1 Arrowfield Stud Plate (1600m) at Hastings on October 1 but the continuation of wet tracks was not helping him.

“When we got him last spring he’d had a few starts in Australia in that campaign so he wasn’t as fresh as he might have been. He’d never really had a proper spell until this year,” she said.

“I was really rapt with his run the other day with 62kg on his back and he’s on track for the second day at Hastings, and hopefully the weather clears up.

“If the weather stays wet, the owners are happy to wait until he gets the right track. If we miss these races at Hastings there’s still plenty more Group One races over summer.”

Potentially joining Harlech at Hastings on October 1 is the three-year-old Battle Sound, who is likely to contest the Group 2 Hawke’s Bay Guineas (1400m) after coming from last to win at +2700 odds on his debut at Matamata on September 7.

“He was super impressive that day and earned a shot at the Hawke’s Bay Guineas. We’ll make a call from there whether he goes to Riccarton,” Gerard said.

Also potentially heading for stakes company is Metrical, who finished second to the highly-rated Stella Splendida on debut at Taupo on September 16.

Gerard said he was likely to contest a maiden at Te Rapa on September 30, and then possibly the Group 2 James and Annie Sarten Memorial (1400m) on October 22.

“He was taking ground off Stella Splendida at the finish on debut and looks to have a bit of a future.”