Garibaldi To Head To Melbourne 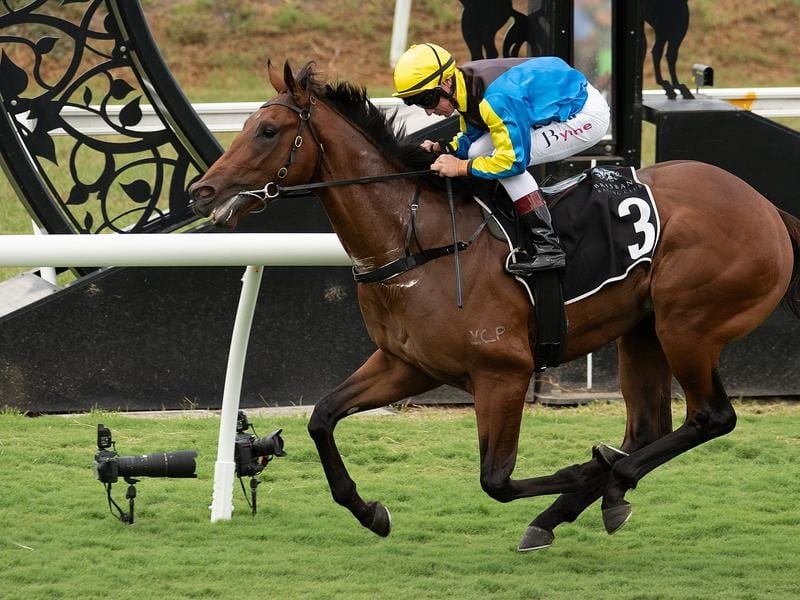 Brisbane stakes performer Garibaldi will dodge the better Sydney three-year-olds and head to Melbourne for the spring carnival.

Garibaldi is one of eight horses trainer Tony Gollan has nominated for the Golden Rose at Rosehill on September 28 but he is unlikely to run any of them.

“We entered them as a precaution but really the Golden Rose attracts the top three-year-olds and is generally the hardest race to win,” Gollan said.

“I think we will aim a bit lower with our horses.”

Garibaldi has raced well in stakes class in Sydney as a two-year-old and was third in the Group Two BRC Sires’ Produce Stakes during the winter carnival.

“At this stage I will run Garibaldi in Brisbane on August 31 and then head to Melbourne for the Danehill Stakes (Flemington, September 14). After that we can see how he lines up against the Melbourne horses,” Gollan said.

Gollan is putting the final touches to his spring carnival team and confirmed unbeaten stable star Zoustyle would resume in the Group Three Concorde Stakes at Rosehill on September 7.

“There are a stack of options for him after that so we don’t want to put anything in cement just yet,” he said.

Brisbane’s premier trainer, Gollan will this week celebrate one of his best seasons winning the state premiership (with at least 136 winners) and metropolitan title (at least 84) and finishing sixth on the national trainers’ list.

“It has been a good season with more than six million dollars in prize money. But we will face a challenge next season with the Anderson-Heathcote training partnership stepping up and Toby Edmonds and Chris Waller stable also building up,” he said.

“But a bit of competition doesn’t hurt and we have more than 50 yearlings turning two so we have some young ammo coming through.”