Tony Gollan Looking To Niedorp To Step Up 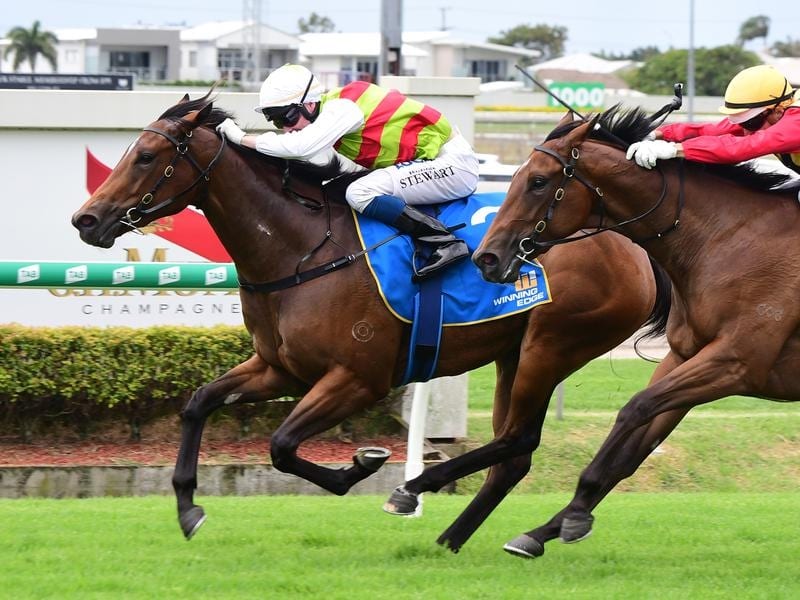 Premier Brisbane trainer Tony Gollan has had one spring carnival hiccup but hopes to get back on track with classy filly Niedorp at Eagle Farm.

Gollan had expected to run Niedorp and Garibaldi in the two divisions of the three-year-old handicap over 1000 metres at Eagle Farm.

Garibaldi received a minor cut during a jump-out on Tuesday and needed treatment with antibiotics which ruled him out of the colts and geldings heat.

“It was nothing serious and I will give him another jump-out before he runs in the (Group Two) Danehill Stakes at Flemington in a fortnight, ” Gollan said.

A seasoned carnival campaigner, Gollan knows there will always be a disruption along the way to big races but hopes he has had his.

Niedorp was twice stakes placed in the winter and had earned her top weight of 59kg but will get relief with Baylee Nothdurft’s 2kg claim.

“She trialled well beating Garibaldi and provided things go right on Saturday she will head to the Cap D’Antibes at Flemington in a fortnight,” Gollan said.

“The Cap D’Antibes is a Listed race which is probably Niedorp’s level at this stage.

“But I want to see them both up the Flemington straight.

“One thing about the carnivals in Sydney and Melbourne there are a lot of races for three-year-olds.”

Gollan will have a big team at Eagle Farm on Saturday as he continues his battle for the premiership with the new Anderson/Heathcote partnership which has thrown down an early season challenge to his six-season reign.