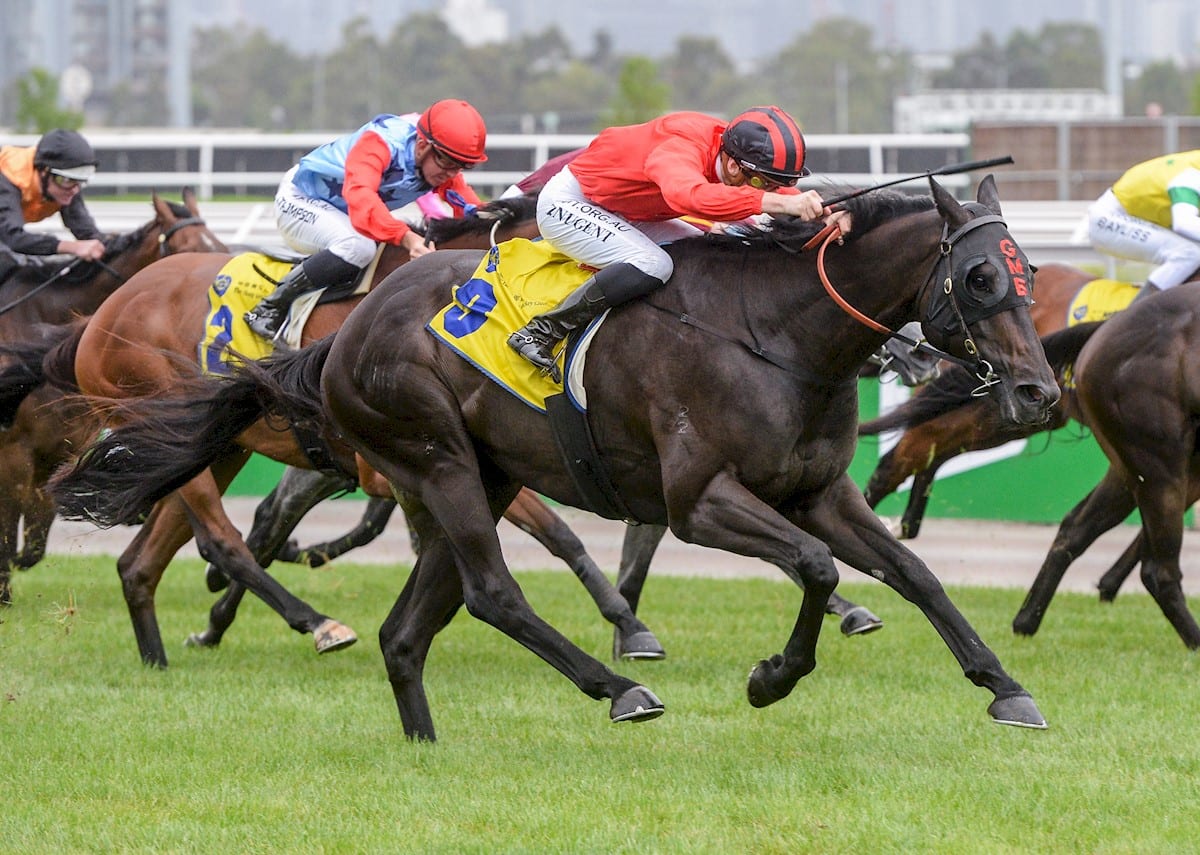 Trainer Grahame Begg is expecting Galaxy Raider to relish the step up in journey as he chases a rich prize at Caulfield.

Galaxy Raider is down to run in the $250,000 VOBIS Gold Mile (1600m) on Saturday, his second run back following a break, having finished third behind Mr Quickie in the Group 3 Victoria Handicap (1400m) at Caulfield on April 3.

Mr Quickie is among the nominations for Saturday’s race, but connections are also eyeing off a start in the Group 1 All-Aged Stakes (1400m) at Randwick on Saturday week.

Begg said Galaxy Raider had come through his first-up run at Caulfield in excellent fashion and has trained on well since.

“We felt the race last start, the Victoria Handicap, might have been a bit strong with him being a backmarker, and being a Good 3 track, it would have been hard to make up ground, but on the day, it was the other way around and he really flashed late,” Begg told RSN927.

“But he wasn’t well-weighted.

“I thought Mr Quickie was in well at the weights. He won the race, but he was the one well-weighted being a Group 1 winner with 60.5kg on his back.

“And we’re not that well advantaged if he runs on Saturday because it’s a set-weights and penalties race.”

Despite his advancing years at this meeting for Victorian Owners and Breeders, Galaxy Raider will be running in the VOBIS Gold Mile for the first time.

“They only run a few of them during the year for the older horses,” Begg said.

“He just got beaten in the one at The Valley before Cox Plate day, so we’re hopeful we can one better.”