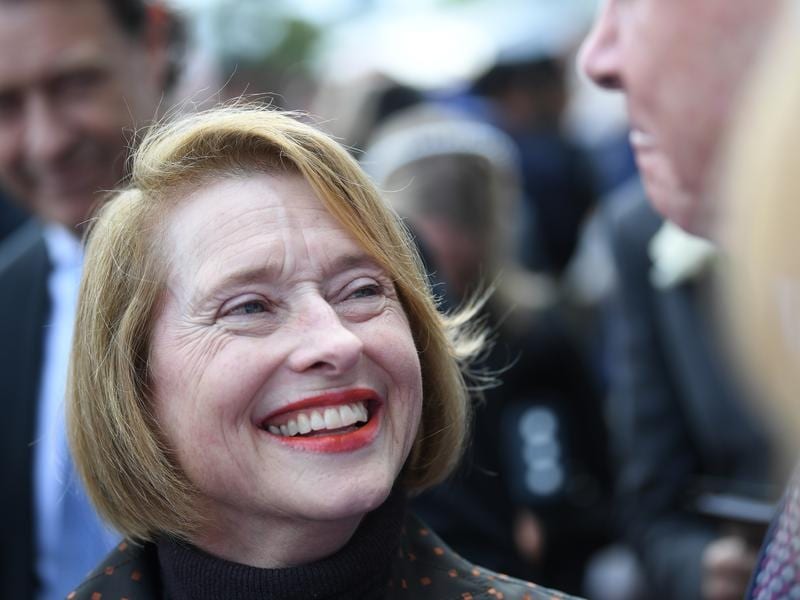 Gai Waterhouse looks at Victoria Derby favourite Thinkin’ Big and is instantly reminded of a horse dear to her heart.

Nothin’ Leica Dane gave Waterhouse her solitary victory in the Victoria Derby 23 years ago three days before finishing second to Doriemus in the Melbourne Cup.

Now training in partnership with Adrian Bott, Waterhouse says Thinkin’ Big could also be Melbourne Cup-bound if he is successful in Saturday’s Derby at Flemington.

The link between Nothin’ Leica Dane and Thinkin’ Big extends to more than looks.

“I can’t believe it. I didn’t realise when he first came to me that his maternal grandmother was by Nothin’ Leica Dane.

“Nothin’ Leica Dane was a big rangy colt, he had a great jaw, lovely length about him and this horse is the same, a very kind horse, with a lovely nature.”

Thinkin’ Big was a last-start dominant winner of the Norman Robinson Stakes at Caulfield on October 20 and Waterhouse said the colt had taken enormous improvement from the win.

“He’s got a lovely attitude, he’s very relaxed and will stay all day.

“He’ll tell us if he runs in the Cup.

“We paid up today and I don’t know if he’s mature enough, but if he won by four lengths you would certainly think about it.”

Waterhouse and Bott will run the Geelong Cup quinella of Runaway and Northwest Passage in the Hotham Handicap (formerly Lexus).

Northwest Passage needs to win to force his way in as he sits at No. 40 in the order of entry while Runaway is currently in the 24-horse field as No. 23.

“His form was down around Tasmania but he showed above average form as a three-year-old,” she said.

“Runaway has come out of the Geelong Cup exceptionally well and I think he needed to go there and get the miles in the legs.

“Everyone used to run in the Lexus.

“It used to be a traditional lead -p race to the Cup but it’s become unfashionable in the last 10 years, heavens know why.”