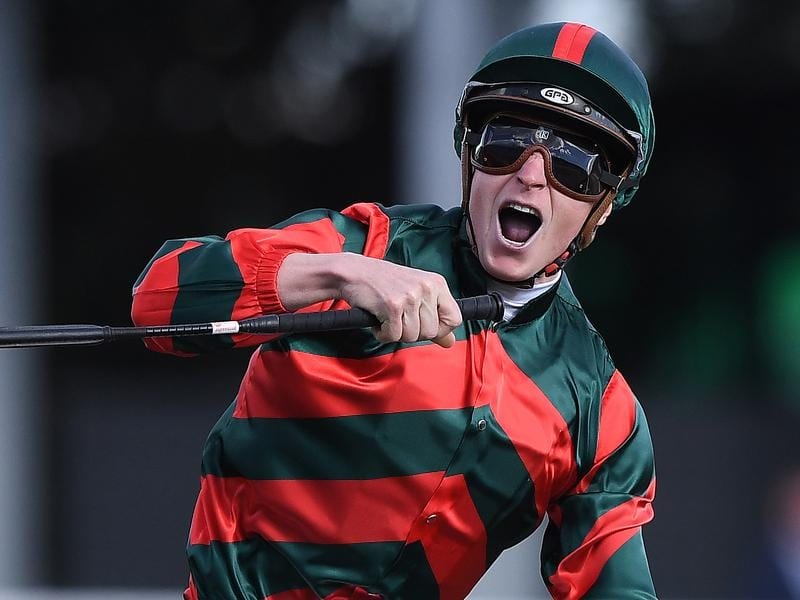 James McDonald is itching to get back into the saddle after sitting out the Cox Plate meeting at Moonee Valley through suspension.

He has already landed one big spring carnival prize, riding The Autumn Sun to victory in the Caulfield Guineas, and has the mount on favourite Yucatan Ire in next week’s Melbourne Cup.

But first he will focus on Victoria Derby meeting.

McDonald, who missed last year’s Melbourne Cup carnival while serving an 18-month disqualification for a betting offence, has quality rides in the four Group One races on Saturday.

He rides Chapada for the first time in the Derby with the Mike Moroney-trained three-year-old on the fourth line of betting at $9 with Thinkin’ Big the favourite.

“He’s a very exciting horse, very untapped and looks to have so much scope,” McDonald said.

“He is lightly raced, but he’s big and strong and looks like he will stay a good mile-and-a-half.”

McDonald said the Gai Waterhouse and Adrian Bott-trained Thinkin’ Big was the obvious one to beat, but added it was a Derby and an open race.

“My fella is untapped and from what I hear he has improved a hell of a lot too,” McDonald said.

McDonald is especially looking forward to riding the Chris Waller-trained Zousain, the early favourite, in the Coolmore Stud Stakes.

He partnered the three-year-old in an 800m jump-out over the Flemington straight course last Friday, describing the work-out as “so-so”.

Zousain is trying to replicate the win of his sire Zoustar in 2013.

“They say his father was the same in his trial and Chris trained his father, so I’m hoping this bloke will do the same on Saturday,” McDonald said.

McDonald teams with Waller in the Empire Rose Stakes with Shilleagh, the $7 third favourite, while the last of his Group One rides is aboard Le Romain in the Kennedy Mile.

Le Romain is the roughest of the quartet at $15 but McDonald has great affection for the Kris Lees-trained horse.

“I love this horse, he is an absolute beauty,” McDonald said.

“I’ve had two rides on him, ran second to Winx and I’ve won on him.

“The Winx form is good form and he did finish second to her over a mile.”