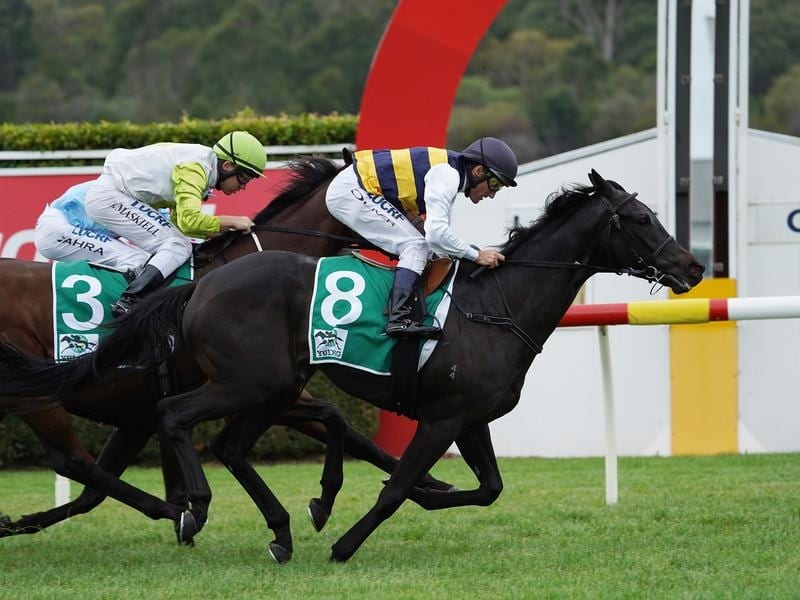 European import Future Score will attempt to gain free entry into the Melbourne Cup after breaking his Australian maiden status at Sandown..

The Andrew Ramsden Stakes, to be run at Flemington on May 25, offers a ballot exemption into the Melbourne Cup and has been transformed this year, shortened from 3200m to 2800m while restricted to three, four and five year-olds at set-weights.

Future Score, who was ridden by Damien Oliver in Wednesday’s Yulong Handicap (2400m), was the second leg of a double for trainer Matt Cumani after winning with Deserved in the Ladbrokes Plate.

Raced in the UK by Godolphin and trained by Michael Appleby before being purchased by OTI Racing, Future Score is expected to keep improving as his races increase in distance.

“He relished the trip today and Ollie summed it up well,” Cumani said.

“I was a little bit worried coming down the straight but it was really nice to see him put his head down and finish strongly.”

Cumani said there was options for Future Score before he’s put away for the spring.

“He looks like he stays a trip so we might look at the Port Adelaide Cup and then potentially that qualifier (Andrew Ramsden Stakes) for the Melbourne Cup,” Cumani said.

“Hopefully it’s a free kick into the Cup, but it might be a bit tougher this year.”

Cumani will monitor Deserved after her impressive debut win but is considering stepping her to stakes level in the Anzac Day Stakes at Flemington on April 25.

The trainer loved the daughter of Dundeel when he spotted her in the ring at the Magic Millions yearling sale on the Gold Coast.

“I love the Dundeels,” Cumani said.

“I’ve got a handful of really nice Dundeels, so it’s nice to see her doing that that today.”

Zargos, winner of the Clanbrooke Racing Handicap, is also bound for stakes level with Lindsay Park targeting next month’s Australasian Oaks at Morphettville with the filly.