Frodo too fast in Group 2 feature 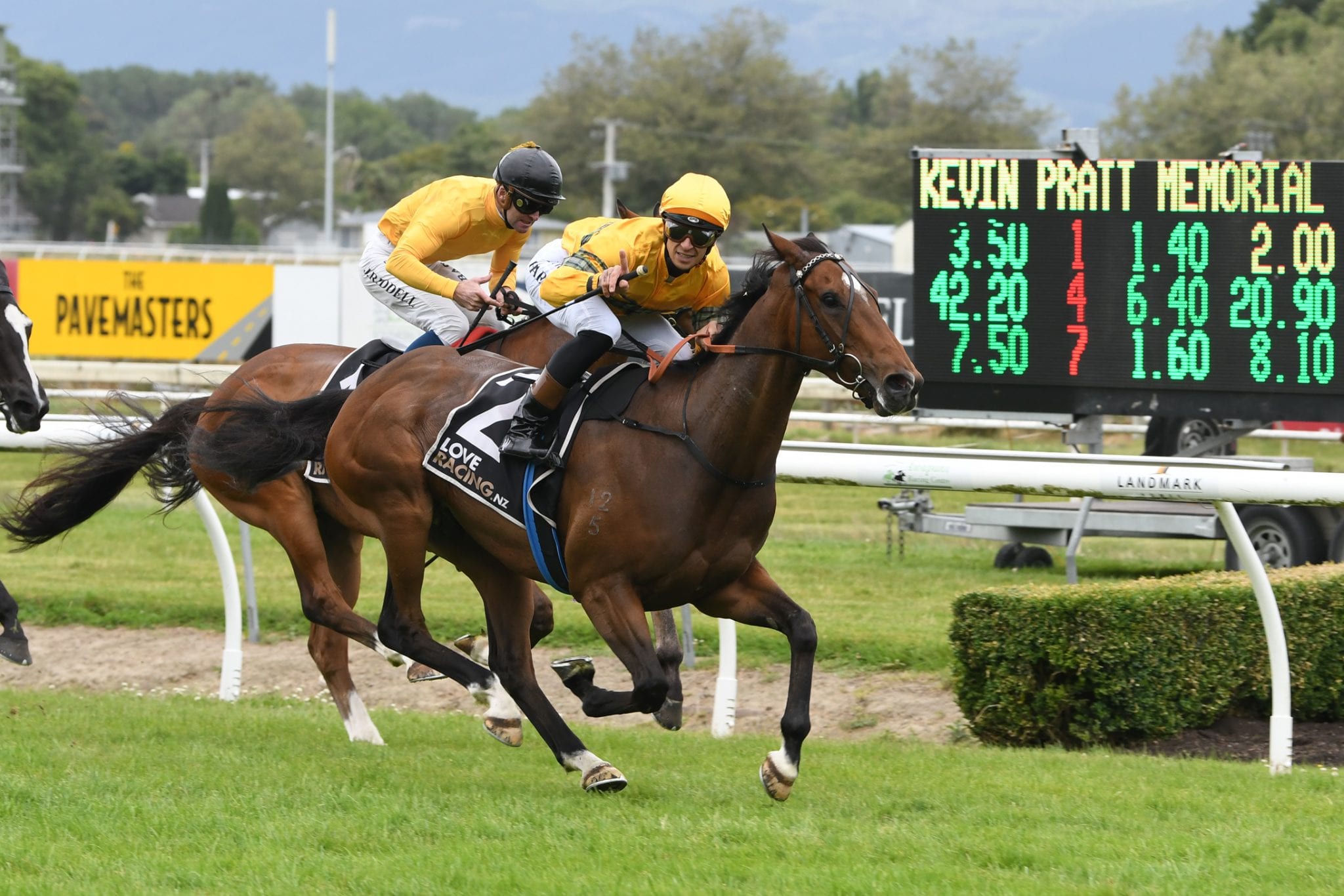 Pocket rocket Tavi Mac, who affectionately carries the moniker Frodo due to his diminutive stature and ungainly build, captured the biggest victory of his burgeoning career when he dashed away from his rivals in Saturday’s Group 2 Kevin Pratt Memorial Manawatu Challenge Stakes (1400m) at Awapuni.

The Allan Sharrock-trained son of Tavistock has captured hearts due to a pugnacious, never-say-die attitude that has now produced ten wins from 15 career starts, with his last three victories at stakes level.

Set for the race by Sharrock after a hollow win in the Listed Levin Stakes (1400m) at Otaki last month, Tavi Mac presented in outstanding order before travelling kindly in behind the pace early in the contest. Rider Troy Harris had a lapful of horse as he angled into the clear at the 300m where Tavi Mac dashed to the front and cleared out from his rivals, eventually posting a one and a half-length winning margin over Callsign Mav with southern mare Kiwi Ida taking third.

Sharrock makes no secret of the affection he holds for his pint-sized poster boy. “He has a special place in my heart, this horse,” Sharrock said. “He’s not the best horse I’ve ever trained, but he is the toughest I’ve ever laid a hand on. “The tenacity he shows every time he lines up is just amazing.

“He’s developed a cult following and everyone wants to get their picture taken with him, which is just fantastic. “I think the best thing about him now is that he is finally learning how to race. “When he ran sixth in the Tarzino (Group 1, 1400m) at Hastings he over-raced quite badly, but since then he is settling so much better and is starting to look like the complete package.”

Sharrock is mindful not to over-tax his charge as he believes he could rise to greater heights next season, but does have one eye on a Group 1 prize next month with Tavi Mac holding nominations for both the Group 1 JR & N Berkett Telegraph (1200m) and Group 1 Harcourts Thorndon Mile (1600m) at Trentham.

“He’s thriving at the moment and when I was bringing him over from the tie-ups, I was having trouble holding on to him,” he said. “I’m leaning towards starting him in the Telegraph as it tends to be won by a good 1400m horse which he is. “In saying that his mum won up to a mile and he is by Tavistock, so I don’t think a mile is out of the question.

“I don’t want to beat him up though as next spring there are those big races at Hastings where I think he will be ready to stand up to the good ones. “He will be raced conservatively, and we will try to keep his record a sharp as possible.”

Tavi Mac is the son of Maroof mare Bellaroof, who won five races and has also produced handy galloper Darci Mac who won eight races for Sharrock before being transferred to the South Island stable of Les and Richard Didham, where he has won twice more.