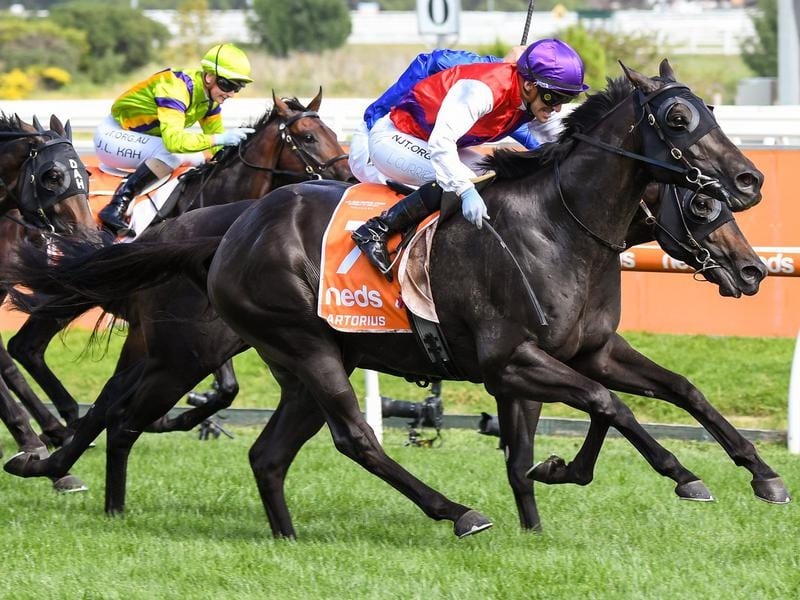 That is the adage trainers Anthony And Sam Freedman are sticking to as they plot a Golden Slipper victory with Blue Diamond Stakes hero Artorius.

The youngster came off a four-week break to win the Victorian Group One and has followed the same pattern leading into Saturday’s $3.5 million Golden Slipper (1200m) at Rosehill.

Brad Taylor, racing manager for the training partners, said they had deliberately stuck to the formula in the hope of producing the same result.

“He had four weeks from his last run into the Blue Diamond and we gave him a trial 10 days out. We’re just following that model again,” Taylor said.

“It’s always a high-pressure race. They’re going to run along a bit like they did in the Blue Diamond and hopefully he can do what he did there.”

Artorius made up many lengths when he steamed home for second in a Randwick barrier trial last week.

The Slipper will be his first time in the clockwise direction under race pressure, but the stable is confident he has done the groundwork to handle it.

Boosting their hopes has been the strength of the form out of the Blue Diamond with third placegetter Anamoe subsequently winning the Todman Stakes and runner-up Ingratiating performing well in the Pago Pago.

“It’s encouraging to see that. It enhances our confidence and tells us we’re on the right track and have the right horse for the race,” Taylor said.

Artorius is an +1000 chance with TAB fixed odds and will be bidding to become the first Victorian-trained winner since Crystal Lily in 2010 and the first horse to capture the Blue Diamond-Golden Slipper double since Sepoy a decade ago.