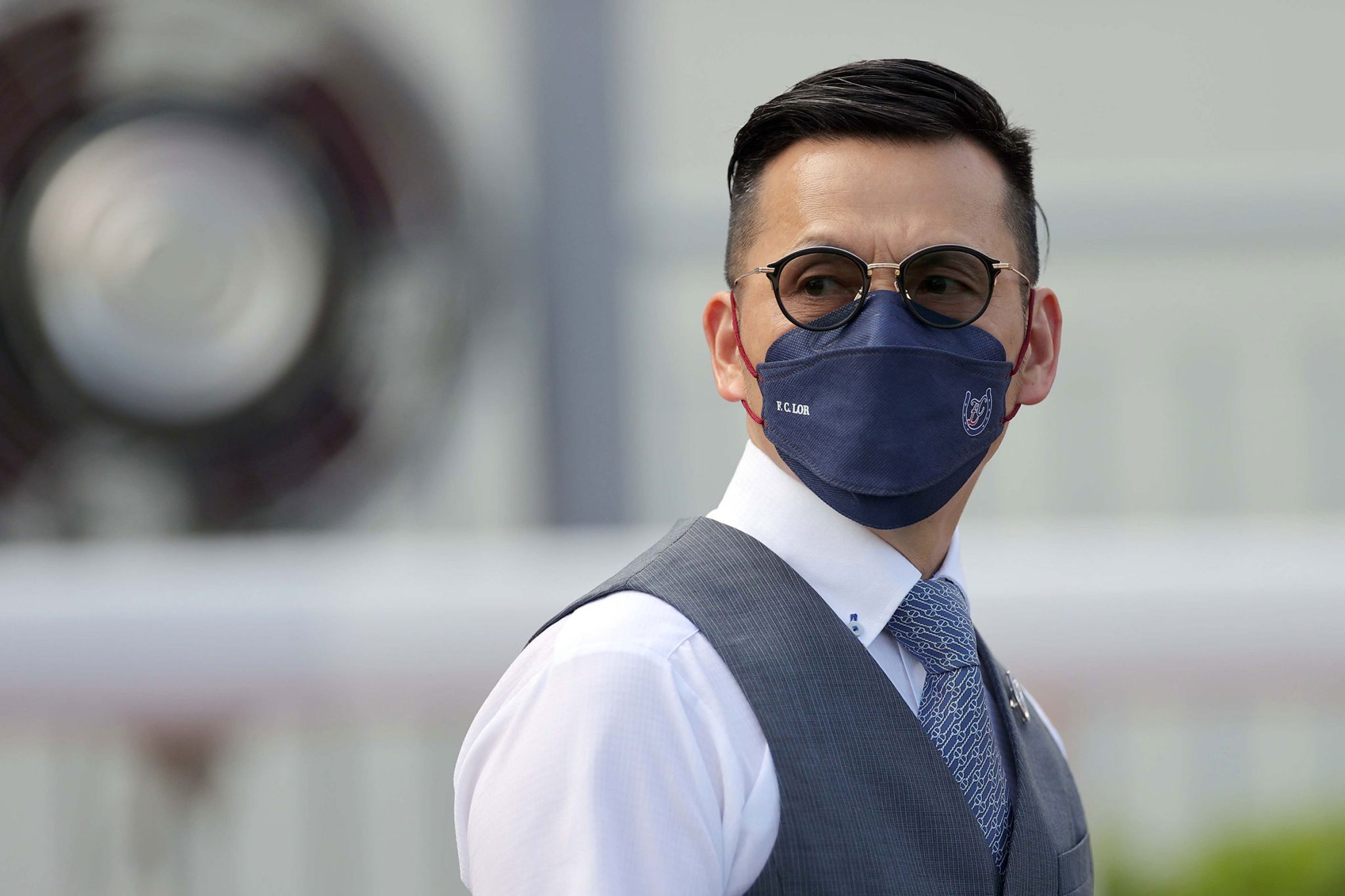 Bidding to tighten his grip on the Hong Kong trainers’ championship, Frankie Lor is hopeful Master Eight can cope with a hefty weight and quality opposition to lay the foundations for an ambitious 2022/23 campaign with victory in the Class 1 25th Anniversary Hong Kong Reunification Cup Handicap (1200m) at Sha Tin on Friday (July 1).

Leading John Size 87-80 with five meetings left in the season, Lor is optimistic Master Eight – winner of his first five starts – can return to the winners’ list after three successive defeats and prove worthy of more Group race tilts next season.

“I think he can still improve, this horse,” Lor said referencing the gelding’s last-start third to Wellington in the Group 2 Sprint Cup (1200m) on 3 April at Sha Tin. “For me, next season should be much better for the horse. I’ll try to put him in some big sprint races and we will have a look after Friday.”

To start from barrier six under 135lb for Joao Moreira, Master Eight will square off against 10 rivals, including Lucky Express (135lb), Nervous Witness (130lb), Duke Wai (129lb) and the emerging Campione (125lb).

Lor will also be represented by last-start winner Winning Dreamer (124lb), who again teams with Vincent Ho, who has ridden the gelding in all seven of his wins so far.

“He (Winning Dreamer) needed some time for his confidence to come back, so last time he won well,” Lor said. “He was an easy horse to train until he got some problems. We needed to help him relax in the mornings and get his confidence back.

“Vincent understands him well and rides this horse perfectly. Both horses have a good chance on Friday, but Master Eight needs to carry a big weight and this could be a little bit of a problem for the young horse.”

David Hayes will attempt to supplant Lor’s plans with Nervous Witness, who was narrowly beaten last start by Cordyceps Six in the Group 3 Sha Tin Vase Handicap (1200m) on 22 May.

“He’s held his form, his trial was good, but he seems to really like the pressure of 1200m races,” Hayes said.

“He’s weakness is when the tempo is not fast, he can tend to over-race – that won’t be an issue this weekend (because) there’s a lot of speed in the race and if he can jump well and cruise across from the gate (barrier nine) without too much pressure, he’ll be there in the end.”

“I think the opposition are probably 16lb worse, so it’s all relative,” the dual Hong Kong champion trainer said. “If he’s good enough to win on Friday, his rating will give us no choice – we’ll be targeting the big races.”

Hayes and Purton have won 12 races in partnership this season and Hayes hopes Forte can add to that number when he contests the Class 4 Continuous Development Handicap (1000m).

“He’s figured in the placings most of his runs this season and the few times he didn’t, things didn’t go right in the running,” Hayes said. “He’s drawn a good part of the track (from barrier 10) and this is a typical Class 4.

“He can win a race in Class 3 and he’s always consistent in Class 4. If he puts his last run up (third to Super Axiom), he’ll be in the first three again.”

Lor is hopeful Money Catcher will apply himself fully under Matthew Chadwick when he tackles the Class 2 Uncompromising Integrity Handicap (1800m).

An excellent third to Romantic Warrior in the BMW Hong Kong Derby (2000m), Money Catcher has frustrated Lor with four other minor placings – including a slender last-start second – from eight starts.

“We’ve tried everything with him – Happy Valley, the dirt at Sha Tin and the turf at Sha Tin,” said Lor, who has added blinkers for Friday’s assignment. “I really want to win this race for the owner. His form is good and this time I hope the horse can use 100 percent.

“Last time he looked like he came to win, but the jockeys tell me he does not give 100 percent – only 95 percent – and that’s why I just use the blinkers this time and hopefully make him more positive.”