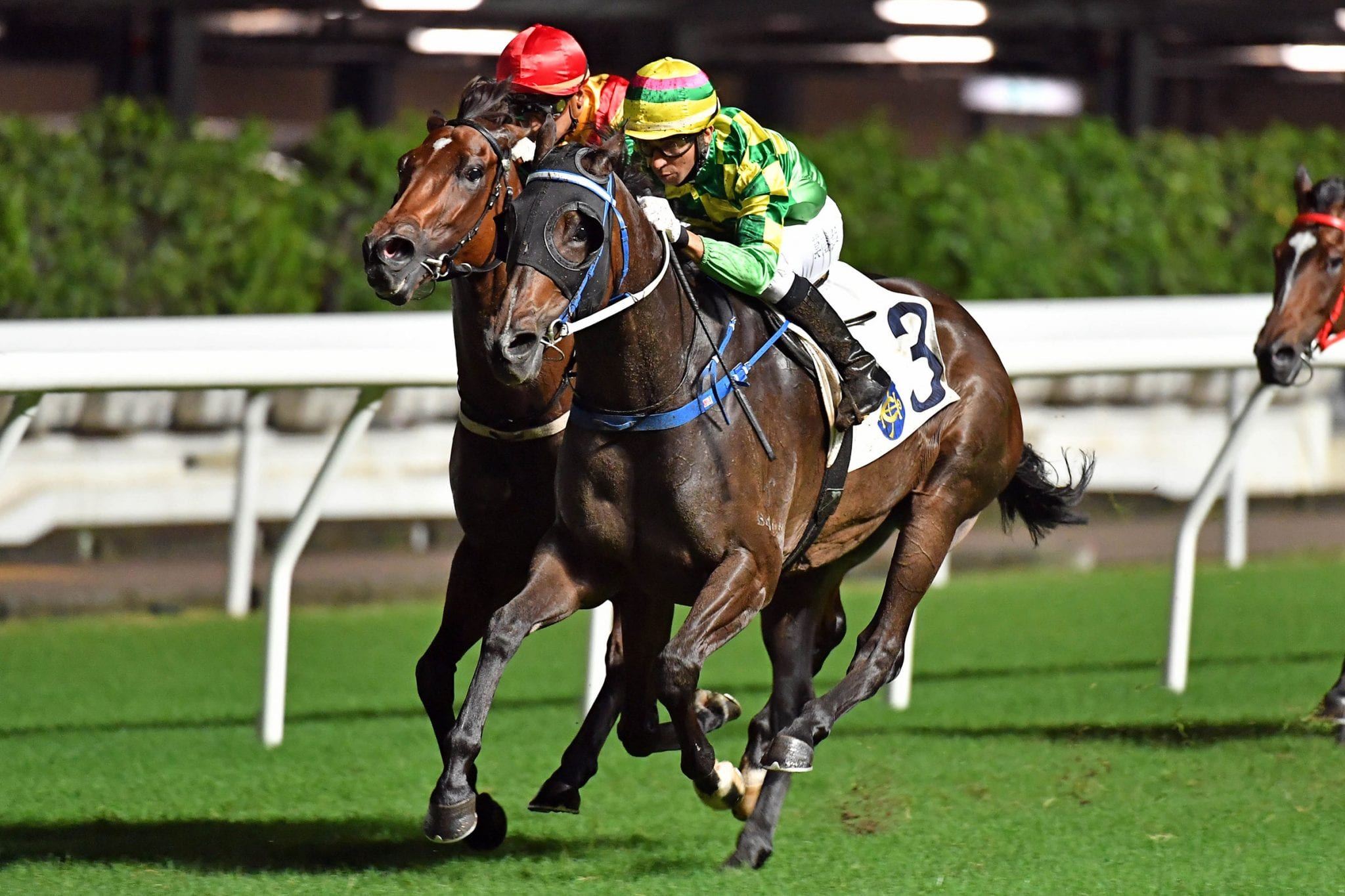 Caspar Fownes retains the upper hand in the Hong Kong trainers’ championship tussle with John Size after the two title contenders shared a win each on a program peppered with doubles at Happy Valley on Wednesday (23 June) night.

As Fownes and Size maintained the status quo, leaving Fownes with a seven-win lead with six meetings to go, Me Tsui claimed training honours on the night with Sky Treasure and Telecom Fighters to climb into the top eight on the trainers’ table.

Size, the 11-time champion, narrowed the gap to half a dozen when Wild West Wing surged late for Karis Teetan to overhaul Super Commander in the Class 4 Magazine Gap Handicap (1000m), but Fownes countered immediately with Green Luck in the Class 2 Bowen Handicap (1650m).

Fownes, who leads Size 75-68, pointed to Green Luck’s affinity with the 1650m course at the city circuit – where all six of the Australian import’s triumphs have materialised.

“That’s about him now (for 2020/21) – we can’t get much more improvement, he’s getting older. But he’s been a very good horse for connections and now he’s worked his way into triple figures. It’s a good achievement.”

Joao Moreira, who notched a double to match the feats of Teetan and Vincent Ho, also acknowledged Green Luck’s liking for Happy Valley.

“He just loves it here and he appreciates a little bit of the sting out of the track,” the Brazilian said. “I never felt a doubt about him winning. He gave me the confidence that he would win at the top of the straight.

“He’s a nice horse and I know he’s not getting any younger, but I’m very convinced that he will still win more races.”

Bristling with confidence after a quartet at Happy Valley’s previous meeting, Teetan started Wednesday evening’s meeting in style with victory aboard Sky Treasure in the first section of the Class 4 Middle Gap Handicap (1200m).

“He likes Happy Valley,” Tsui said, pointing to the The Brothers War gelding’s third win at the course and distance in four starts. “The straight is too long for him at Sha Tin. At Happy Valley it’s good for him.”

“Last start he should’ve won – if he used him a bit earlier, I think he would’ve won, but that’s racing,” Lor said of the He’s Remarkable gelding. “I think the horse can still improve. He can go up to Class 3 and get some winners. “He’s only three so hopefully after the off-season break, he can come back and be even better.

Francis Lui’s Spicy Grill broke through at this 15th attempt with victory under Ho in the Class 5 Stubbs Handicap (1200m), vindicating the trainer’s placing.

“I thought he would be well suited at Happy Valley with the short straight and he ran well,” Lui said after notching his 57th winner for the season. “We’ll see how he pulls up and maybe he can come back for another race.”

Douglas Whyte attributed Noble Desire’s victory under Jerry Chau in the second section of the Class 4 Middle Gap Handicap (1200m) to breakthrough success at the city circuit in May.

“The win last month did him the world of good and he’s obviously gained a bit of confidence,” Whyte said.

“It all boiled down to there being a cut in the ground tonight and with this rain around – being by Footstepsinthesand, he appreciates getting his toe in.

“It’s the first time he’s shown a bit of speed, tenacity and a kick. That was encouraging.

Harry Bentley celebrated his third winner of the season when David Hall’s Classic Posh prevailed in the second section of the Class 3 Caine Handicap (1200m).