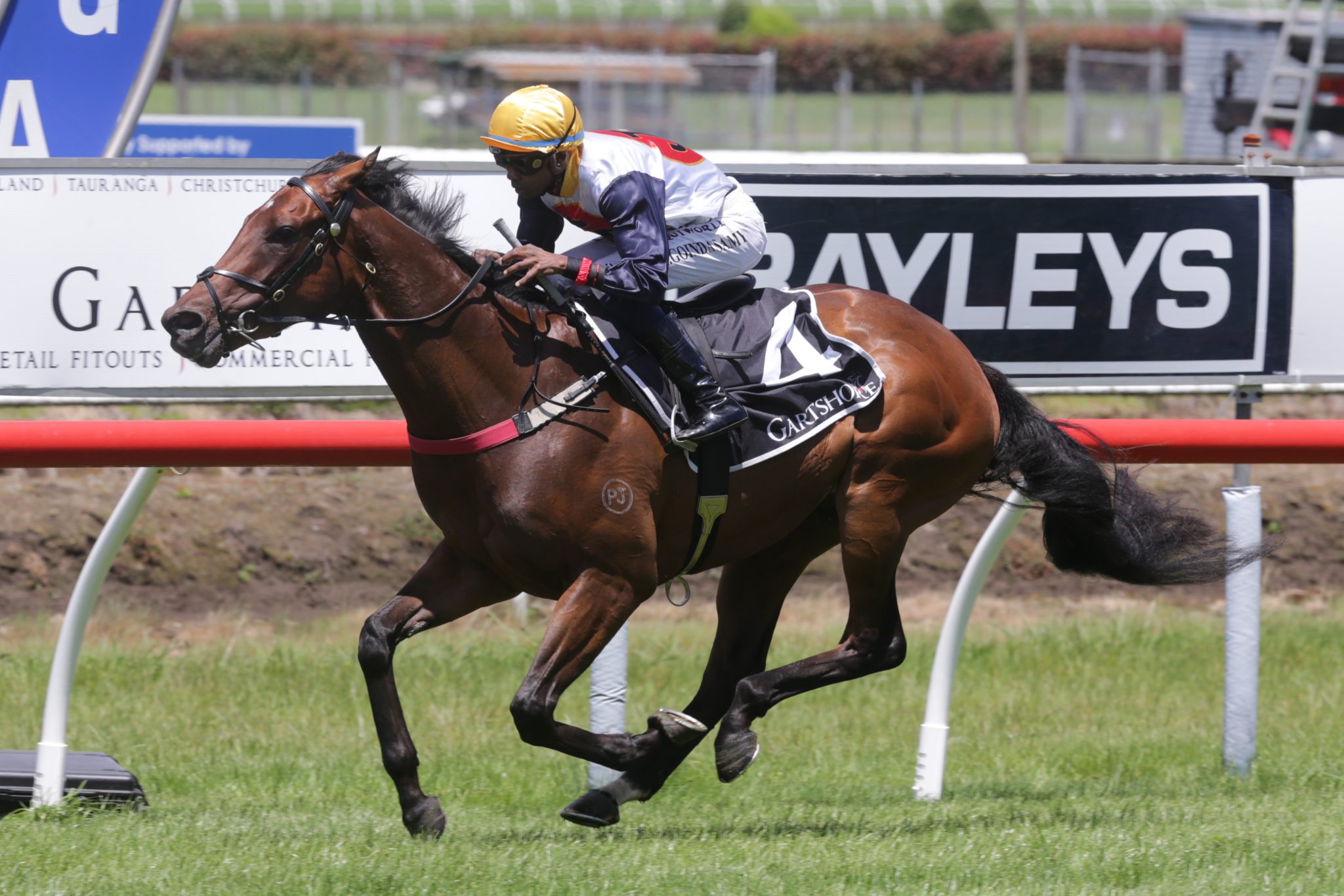 Cambridge trainer Andrew Forsman will be relying on younger members of his team to keep the stable in the black-type limelight this week.

Forsman has three-year-old features in his sights with Devastate sent south to Otaki for Thursday’s Group 3 Elsdon Park Wellington Stakes (1600m) while Lippy and Think Twice will run in the Listed Trevor & Corallie Eagle Memorial (1500m) at Te Rapa on Saturday.

Devastate was also an acceptor in the northern event before the decision was made for the son of Vadamos to hit the road.

“It was a hard call to make and it will be a worse track I would imagine, but he has handled rain-affected ground to this point,” Forsman said.

“He has performed well on the track before so I thought it was the right option for him.”

Devastate finished runner-up on debut on the course before a return trip for the Wellington Stakes came into play following back-to-back successes at Matamata and Tauranga.

“He’s been great and he just seems to keep improving. He has really thrived since that last run and his work on Tuesday was really good,” Forsman said.

“He has been up a while and I would imagine, assuming everything goes right on Thursday, that he will go to the paddock after Otaki.

“He won’t be out for too long and more of a mental freshen-up for two or three weeks and then get him back.”

Devastate was accompanied south by Bella Regazza, who will make her debut in the Foxton Fish & Chippie 2YO (1100m) off the back of a trial placing for the Tivaci filly.

“She is ready to have a race and hopefully she will handle the ground, on her work it seems like she might,” Forsman said.

Wiremu Pinn rode Bella Regazza at the trials and will take the reins again while Irish jockey Joe Doyle has been booked for Devastate and will also partner the Tivaci gelding Lippy, a recent maiden graduate, at Te Rapa.

“Lippy was good last time out and was pretty quickly up to a mile and I think that was the key,” Forsman said.

“It’s back to 1500m on Saturday, but I don’t think that should matter and hopefully he can get a bit further again later on.”

Lippy will go head-to-head in the Eagle Memorial with Think Twice, the mount of Ashvin Goindasamy.

“They are both winners and while it’s a handy enough race, it’s probably just as easy to run as opposed to a Rating 65 mile,” Forsman said.

“There aren’t a lot of them around apart from on a Saturday and they are quite competitive races.”

Think Twice was a winner on the course last season and the son of Alamosa hasn’t enjoyed the best of fortune in recent outings.

“He hasn’t had much to suit him to be honest. We took him down to Hastings and put the blinkers on and he travelled up like a winner and then really floundered on that testing track,” Forsman said.

“We then took him to Te Rapa the other day and he didn’t have much luck so he has had a frustrating prep.”

Stablemate Aprilia was an eye-catching trial winner ahead of her debut in Saturday’s Skycity Hamilton Waikato Cup Day 10 Dec 2YO (1100m), in which the U S Navy Flag filly will also be ridden by Doyle.

“She was good at the trials and is one that does need a reasonable track so there is a watch on the weather for her to see if we run at Te Rapa or take her to Trentham,” Forsman said.

“She shows good natural ability and it’s always a timing thing with two-year-olds as to where they land and how far you can press with them.

“It’s a matter of finding the right race and if it does improve, Te Rapa might be that race for her.”