For Pete’S Sake Lands The Prize At Sandown 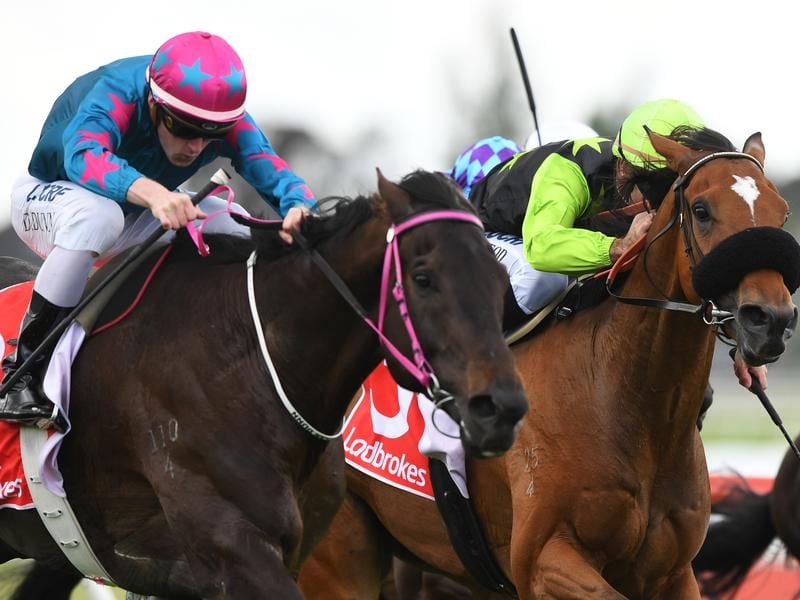 Pakenham trainer Tim Hughes hasn’t looked back since taking a punt on an untried racehorse.

That galloper, For Pete’s Sake, broke through for his maiden win on Wednesday in the Ladbrokes Multiverse Plate at Sandown.

Hughes parted with $1000 to buy the now four-year-old after the gelding was originally purchased by Mick Price.

For Pete’s Sake was lining up for his 10th start on Wednesday, having collected four placings and $13,135.

“We gave him a throat operation as he was a roarer and he’s gone on from there and he’s more than paid his way.

“He’s bred well and is a nice horse and hopefully he’ll continue on.”

After a last-start third at Pakenham on November 8 when sent off a $1.40 favourite, Hughes elected to send For Pete’s Sake to the paddock for a freshen up.

“I sent him down to the spelling farm for 10 days, in a paddock on the hills, eating some grass and brought back last Saturday to got him ready for today,” Hughes said.