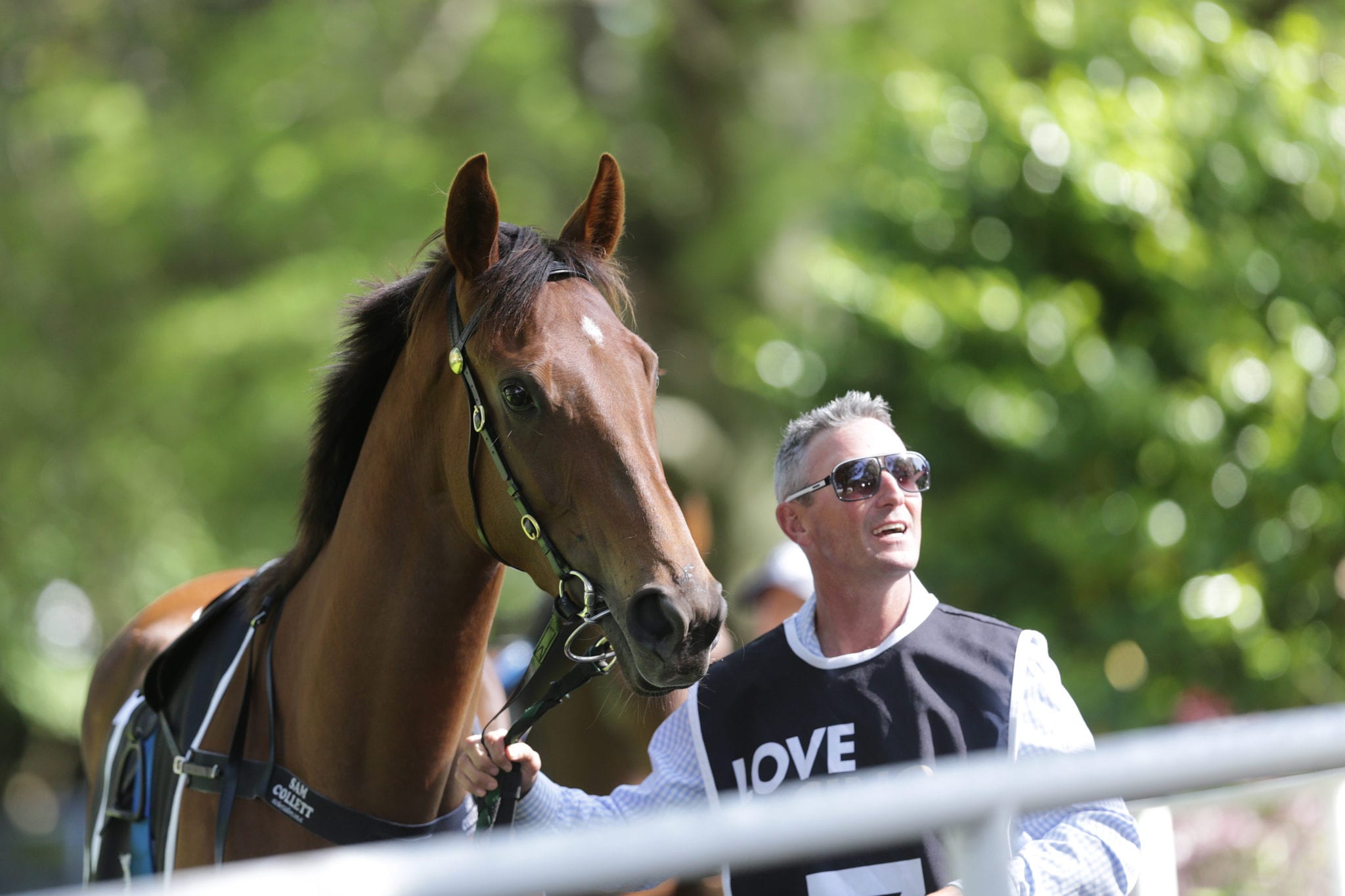 Cambridge trainer Ben Foote is finding a silver lining to New Zealand’s strict lockdown measures under Covid-19 Alert level 4. With the nation poised to ease restrictions next week, which will likely enable a return to full-training, Foote has said there have been some benefits from the down time. Among those benefits is the additional time quality filly Travelling Light has had to mature.

The winner of five of her seven starts to date, including the Group 1 Levin Classic (1600m), Foote opted to give the daughter of El Roca a break after being well-beaten into second by Two Illicit in the Group 2 Waikato Guineas (2000m) in early February. “She went straight out after that run in the Waikato Guineas,” Foote said. “She was feeling her shins and her suspensorys a bit. “We had brought her in and she had two weeks work before lockdown because she was going to the Brisbane carnival. “We decided a day before lockdown it wasn’t going to happen so we tipped her back out.”

Foote has been in the fortunate position where he has been able to spell a number of his team on his 20 acre property. Travelling Light, who is owned by Foote’s long-time supporter and good friend Col MacRury, is one of those enjoying R&R at Foote’s property and the Group 1-winning trainer is delighted with the physical development of his star three-year-old. “From the day she raced she ate everything,” he said. “She used to be an average eater but basically from her first start she turned into a good eater. I took her cover off last week and she looks like she is turning into a woman now.”

Foote is keen to give his charge a run in New Zealand before targeting Melbourne in the spring in preference to the Hawke’s Bay Carnival. “Everything is up in the air a bit, but we were planning to look at something like the Foxbridge Plate (Group 2,1200m) and then look at Melbourne,” Foote said. “I had a chat to Col about it yesterday and the Empire Rose Stakes (Group 1, 1600m), which is a race Melody Belle won last spring, could be a potential target and obviously there are plenty of options.”

Despite being beaten by 7-1/2 lengths in the Waikato Guineas at her first start beyond a mile, Foote said he wouldn’t read too much into the run. “I think a mile is probably her distance but I’d be very confident she could handle 2000m,” he said. “You could see that day she didn’t hit out at all once she was asked to stretch out. “She pulled up that way too and you could tell why she didn’t hit-out. I was still pretty happy with the effort considering they ran a couple of seconds quicker than Jennifer Eccles (subsequent Group 1 New Zealand Oaks winner) the same day.”

Foote said not campaigning across the Tasman as a late three-year-old could be a blessing in disguise for his filly and other members of New Zealand’s quality classic crop. “I think it will benefit my filly. Everything is going to be a blessing for her, she just needs to fill her big frame out. I can’t wait to get her back up.”

Foote, who is these days better known as a horse trader than horse trainer, said there were plenty of offers to buy Travelling Light but he was pleased the offers were declined by MacRury. “We had plenty of interest early on from guys who know what they are doing, with agents like Dean Hawthorne and Andy Williams pretty keen. “There was big money for her but Col was never interested in selling. “I’m glad we didn’t sell her because getting that Group 1 win was something I wanted. It meant a lot. “Col is a good friend of mine and he wanted me to train her. There are a couple of my owners I have had forever, including him, that I train for because they are such good loyal people.”

While Foote has kept busy maintaining his property throughout lockdown he has also kept an eye on Hong Kong racing, a jurisdiction vital to his vocation of trading horses. The Cambridge horseman has been able to bask in the glory of trading last month’s Hong Kong Derby winner Golden Sixty, who he sourced and prepared in conjunction with friend Sam Beatson and sold under Beatson’s Riversley Park banner for $300,000 at the 2017 New Zealand Bloodstock Ready to Run Sale.

“Hong Kong racing is something we follow a lot,” Foote said. “It was a huge buzz, we got a few messages after he won the Derby saying it was a massive achievement. “We sell horses for good money so we have to keep producing horses like that. Big results are essential for our business because we buy a lot of horses each year. “There is one I sent to Singapore, Mr Malek, and he looks like he is one of the best three-year-olds there. I didn’t even trial him, they just asked me to pick one out I liked so watching him come through the grades is a good feeling.”

Foote said his Cambridge property was looking immaculate after making good use of his time in lockdown, while working alongside family and good friend Johnathan Riddell, with the top jockey also residing on the property. “Time has flown for us,” Foote said. “I have been agisting 20 horses here and there have been plenty of jobs that have needed doing. “Kim, my partner, has been doing the horses and on Sunday we brought them in and started working some around the home track in light work.

“Johnny Riddell lives here and wants to keep his weight down so I’ve had him keeping busy. He’s been up on the pallet on the tractor trimming all the hedges and trees around the farm.” “The place is looking immaculate, Johnny’s just gone to plant the radishes in our new garden we have made. It’s been good fun. “Spending time with the family has been a massive bonus. We’ve got two kids and it has been great to have that extra time.”