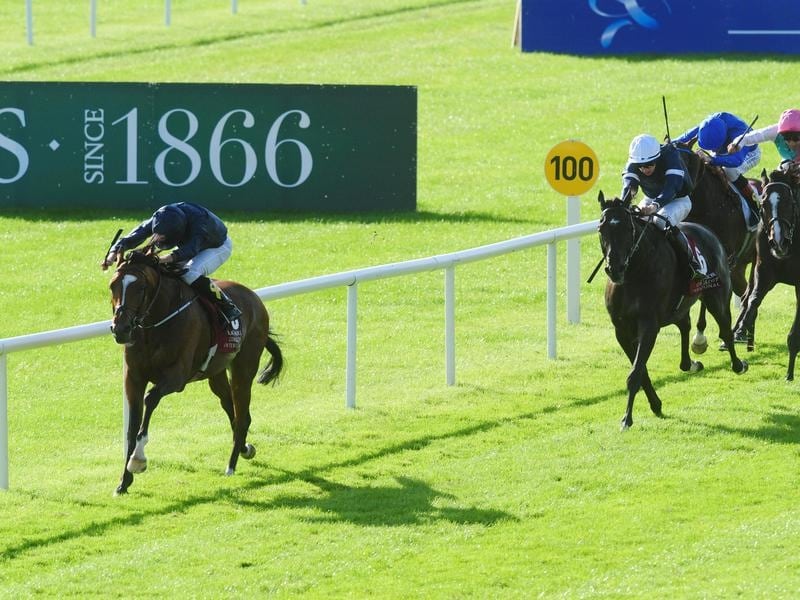 Melbourne Cup entrant Flag Of Honour has given trainer Aidan O’Brien and jockey Ryan Moore a second St Leger win in two days, leading all the way to win the Irish version at the Curragh.

His victory came 24 hours after Kew Gardens won the English Classic at Doncaster.

Flag Of Honour was sent out the 2-1 favourite in the six-runner field which included Irish Derby winner Latrobe who challenged him in the final stages.

He has joined Kew Gardens on the third line of the TAB’s market at $17 for the Melbourne Cup.

“He has an entry in the Melbourne Cup, but I’ll have to talk to the lads and see what they’d like to do,” O’Brien said.

“He has enough class for a mile-and-a-half, but he gets this extended trip well. He’s progressing all the time and is really going the right way and Ryan felt he quickened well.

“The way he picked up there you wouldn’t say that he’d have to step to extreme trips. He’s having a busy time so we’ll have to see whether he runs again this year.”