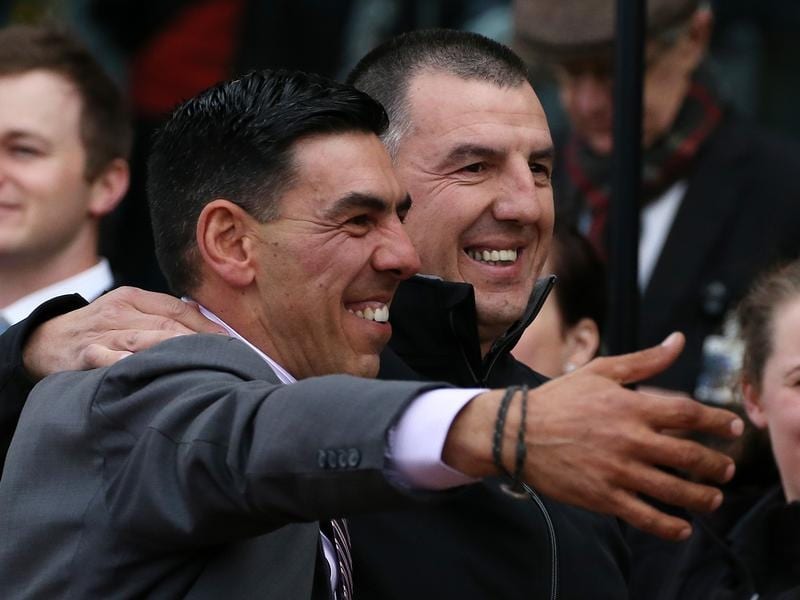 Trainer Peter Gelagotis is confident the step up in distance is going to suit sprinter Illustrious Lad when he runs in a stakes race at Sandown.

The seven-year-old will be racing second-up in Saturday’s Group Three Kevin Heffernan Stakes, a weight-for-age contest over 1300m.

Illustrious Lad’s spring campaign got off to a rough start when he was forced to miss the Schillaci Stakes at Caulfield last month.

The gelding underwent an operation for an entrapped epiglottis after being diagnosed with the problem just days before he was due to resume.

Illustrious Lad made his spring return on November 8, finishing midfield over 1000m at Flemington.

“We had him wound up for the Schillaci,” Gelagotis said.

“But we had to hold back for another two or three weeks and that freshness came off him and back to the 1000 metres he was found wanting.

“He was steadily closing but didn’t have that turn of foot over that trip.

“Over the 1300 metres he’ll travel better and hopefully that bit of zip he has shines out.”

Illustrious Lad travelled to Dubai earlier in the year, finishing fifth to Jungle Cat in the Al Quoz Sprint on World Cup night in March.

Gelagotis is keeping an open mind on a return trip to Dubai but knows the gelding needs to return to winning form having been winless since his success up the straight at Flemington in October, 2016.

“The owners are keen to go with Illustrious Lad but I’m not sure,” Gelagotis said.

“If he won the Heffernan we might put our hand up for an invite.

“The horse has been in limbo for a couple of years now and suffers a bit of joint trouble as he’s getting into the twilight of his career.”