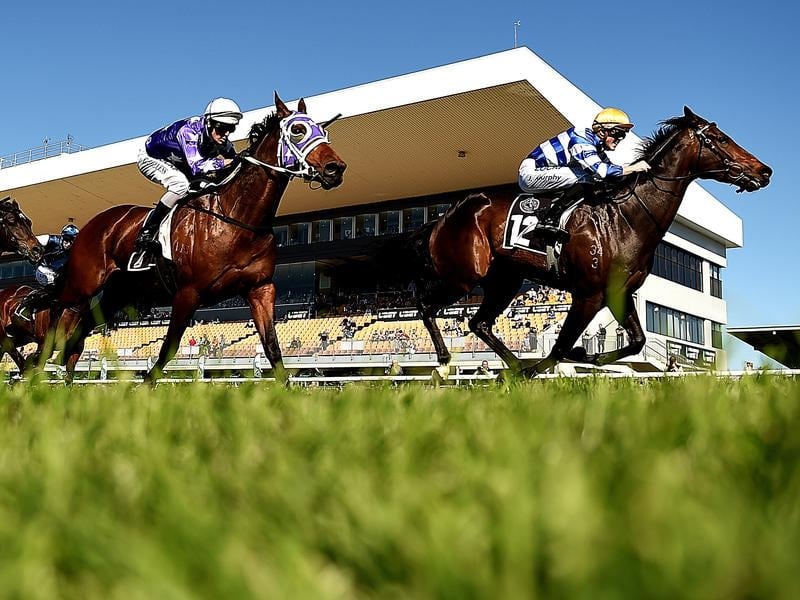 A last-minute decision to enter Fit For Purpose has given trainer Liam Birchley back-to-back wins in the Listed Tattersall’s Mile (1600m) at Doomben.

Former Victorian jockey Dale Smith got a boost to his new career in Queensland when Fit For Purpose ($12) finished along the rails to win the last stakes race of the season.

Birchley admitted he had no intention of nominating Fit For Purpose for the race until he heard there might not be many runners.

“But everyone else must have heard the same rumour and thrown in a nominations,” he said.

“It was a near-capacity field but when he drew barrier two I thought he might as well run.”

Birchley won the Tattersall’s Mile last year with Crack Me Up who went on to win the Group Two Villiers at Randwick last December.

“Fit For Purpose is no Crack Me Up but he has always had ability,” Birchley said.

“I really don’t know what we can do with him as I really wasn’t expecting to answer that question.

“I think I have won the Tatt’s Mile four times now but I really wasn’t thinking about going back into the records.”

Smith said he got a run through at the right time.

“He might win something a bit better now,” he added.

Trainer Steve O’Dea put the icing on his best season when Pressway ($4.40) and Tabbing ($5) gave him a winning double.

It confirmed O’Dea would finish seventh on the metropolitan trainers premiership with 31 winners and seventh in the state title with 63 winners.

He has had 72 winners Australia-wide.