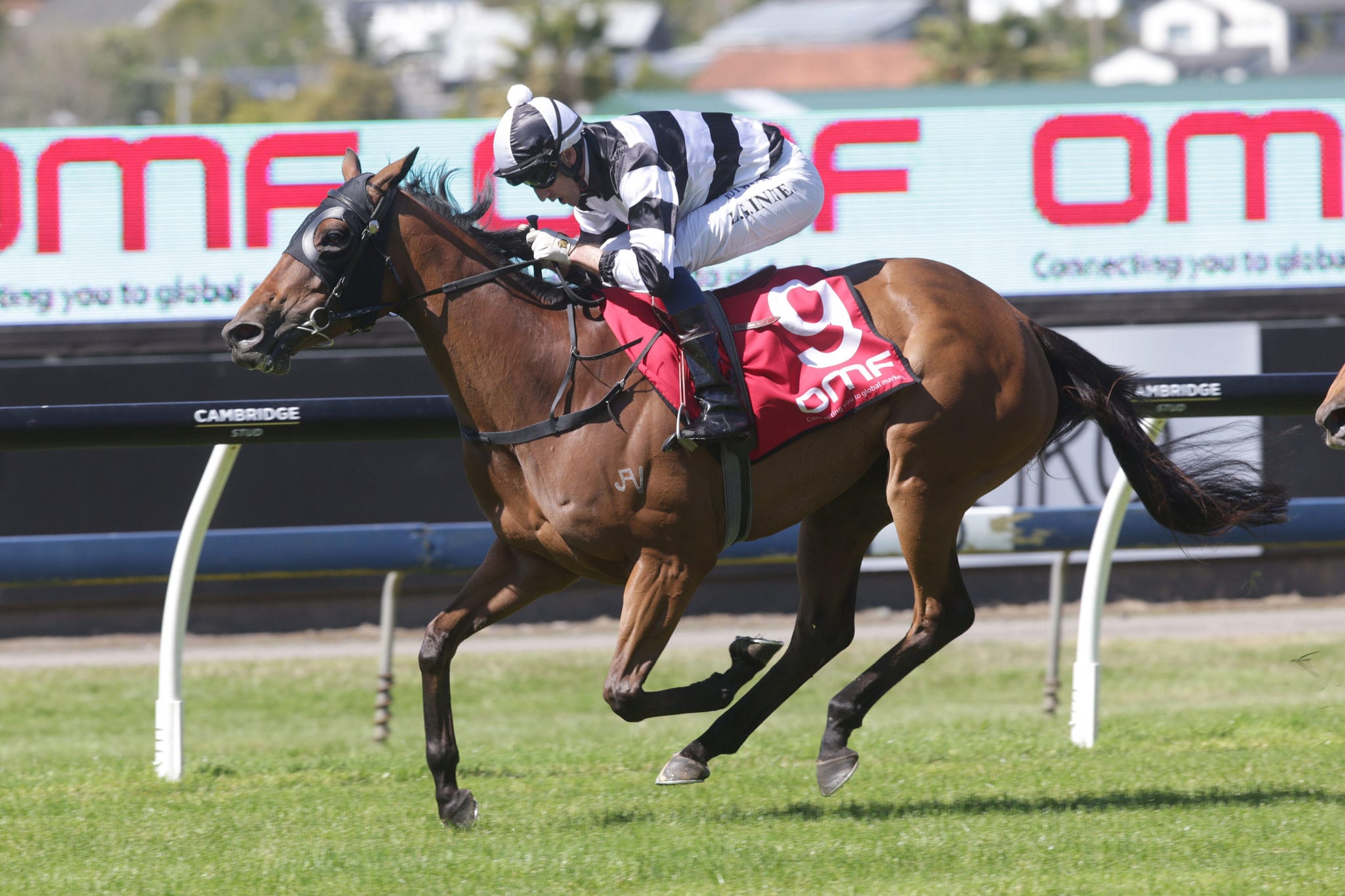 Fiscal Fantasy may be small, but she is mighty. The diminutive mare showed her quality when beating her much larger rivals at Ellerslie on Tuesday when taking out the Group 3 OMF Stakes (2000m).

The Frank Ritchie-trained mare was positioned beautifully by jockey Leith Inness just behind the pace before they were able to take the shortest way home down the home straight to score a 1-1/4 length victory over Roger That, with Peso a neck back in third.

It was the second Group 3 victory for the daughter of Skilled, after winning the Manawatu Breeders’ Stakes (2000m) in April, and Ritchie was delighted with the result. “She is only a tiny little thing, but she’s a real professional,” he said. “Leith said to me she got a little bit keen down the back, but she settled when he asked and she came back to him beautifully. “He waited for the fence and it worked well, it was an absolutely brilliant ride by Leith. “It was nice to get another Group win with her and it enhances her value as a broodmare, which is always helpful.”

Ritchie has held Fiscal Fantasy in high regard for some time and said the only thing that detracts from her is her small stature. “She’s the whole package as a racehorse, aside from her size, in the fact that she is tractable, she answers the call (of the jockey) and she gives her best. “I am frightened to measure her, but she is certainly under 15 hands, but she has a heart bigger than the grandstand.”

Ritchie is now looking to keep her to weight-for-age conditions, citing her small size as a big deterrent to handicap races. “I was looking at the Counties Cup (Group 3, 2100m), but now that she is a double Group 3 winner and she is so small, the handicap might start beating her, so I will have a rethink now. “The Zabeel Classic (Group 1, 2000m) at Christmas is an obvious target race, but there is a bit of time between now and then, so I have got to give it a bit of thought.”