Fiscal Fantasy on the hunt for elusive Group 1 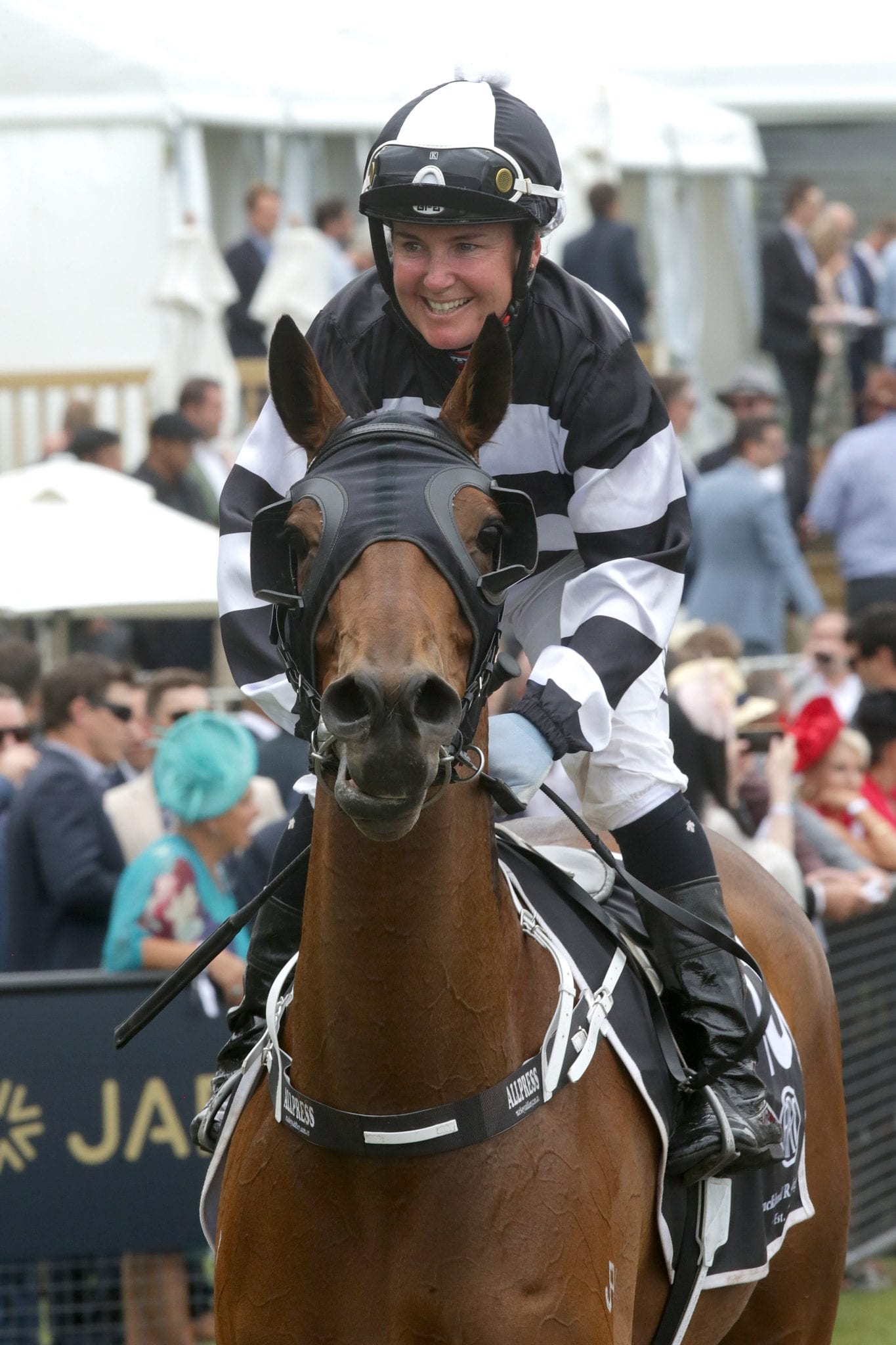 The Frank Ritchie-trained Fiscal Fantasy is now on the hunt for an elusive Group 1 victory after winning her third Group 3 race at Ellerslie on Tuesday. The diminutive daughter of Skilled made it back-to-back wins in the Group 3 Jarden Stakes (2000m), taking an inside passage down the straight to win by two lengths over former Melbourne Cup runner Charles Road.

“She is a little beauty,” Ritchie said. “I bought her in Melbourne and she is diminutive to say the least and I had a bit of a problem selling her, but she has got a heart bigger than herself. “She loves Ellerslie and she loves the fence, it was almost a picture of last year’s win. When she drew two we were delighted and I told Lisa (Allpress, jockey) to hug the fence until it becomes silly to do so and she did it perfectly. It was a good result.”

Fiscal Fantasy was Group 1 placed in the Zabeel Classic (2000m) last year and that race is once again on the cards for the six-year-old mare. “Last year after this race we ran her in the Zabeel Classic. That is a little while away but she is alright with a gap between races. I can’t run her in handicaps now, she is small.”

Fiscal Fantasy carried the colours of part-owner Rex Jensen who also shared in Ritchie’s winning double on Tuesday as the owner of Dawn Patrol who defied his 62kg impost when taking out the Carbine Club Trophy (1400m) earlier on the card.

The son of Dawn Approach began well from barrier six for jockey Jonathan Riddell, but the pair were unable to cross the early speed and settled just behind the leaders. He improved to sit in the one-one for Riddell who took an inside run with his charge turning for home where he was able to gun down race favourite Gino Severini and hold out the fast-finishing lightweight Justacanta to win by three-quarters of a length.

Trainer Frank Ritchie was over the moon with the win, particularly given the 10kg weight disparity between Dawn Patrol and runner-up Justacanta. “I thought it was a superb win with the weight,” Ritchie said. “Under the circumstances Jonathan rode him brilliantly, it was a very good win. “The weight is always a concern, even for a big, strong horse like him. You are giving the second horse (Justacanta) 10 kilos, it’s a lot of weight. “That’s all the more reason why it was a top effort.”

Ritchie has been pleased with Dawn Patrol’s progress this preparation, having finished eighth when first-up in the Group 2 Foxbridge Plate (1200m) at Te Rapa in September before winning at Ellerslie last start over 1400m and then taking out his 1250m trial at Taupo last week.

“I was very happy with the horse heading into today,” Ritchie said. “He trialled up nicely and had a good blow. He is a massive horse and he does need a bit of work, so he had a good, solid gallop on Saturday and a couple days of swimming ahead of today.”

While Dawn Patrol made light work of his 62kg impost on Tuesday, Ritchie said he will now have to be very selective when plotting the rest of his campaign. “You can’t keep doing this – winning with heavier weights,” he said. “We will be looking at weight-for-age or set weights, something that is suitable, but there are not that many of them.

“It will be difficult to place him, but I won’t be sending him around with 64 kilos. We will just play it by ear. “He ran well in the Railway (Group 1, 1200m) earlier this year, he ran fourth, he is more mature now so we will see how that works out.”

“He is a pretty smart horse. He is not the easiest horse to train but he is worth the effort.”