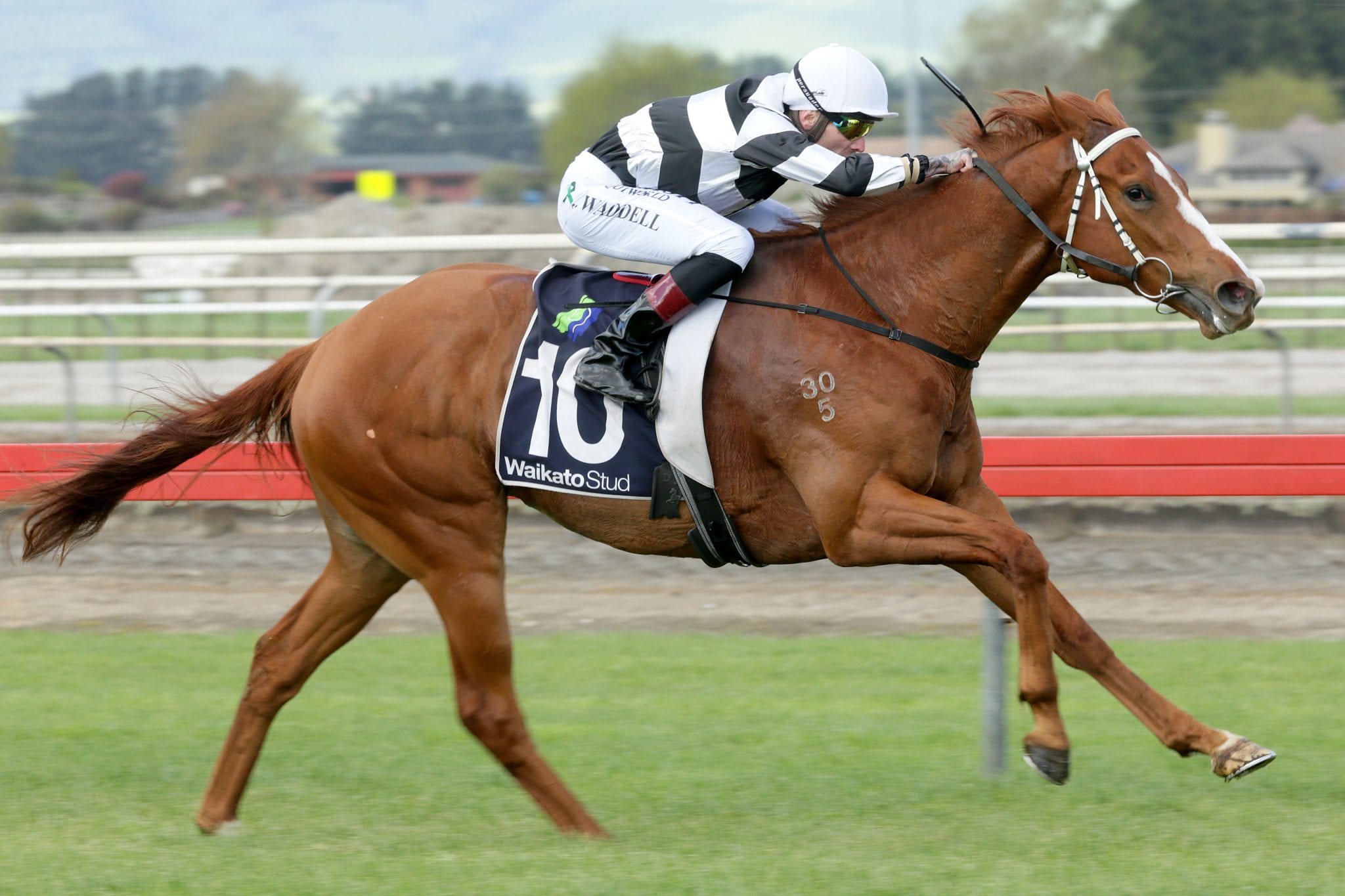 Group 1 performer Dawn Patrol will be out to add a second stakes victory to his record at Matamata on Saturday when he contests the Listed Team Wealleans Matamata Cup, a race which will be run over 1400m this year, having previously been contested at 1600m.

The reduction in distance will suit Dawn Patrol, who will jump from barrier 13 this weekend, the same marble he drew when victorious over the same distance at Ellerslie a fortnight ago. “The draw is not ideal. He copped a bad draw last time and he has copped it again,” trainer Frank Ritchie said.

“He won over 1400m last time and his performances over the distance have generally been good. “He has won at Matamata a couple of times and he seems to like that track. “He has come through his last race well, he is such a strong animal. I am happy with his condition and his work the last few days.”

While disappointed with the draw, Ritchie said he would leave riding tactics up to jockey Jonathan Riddell. “I don’t issue Jonathan with instructions,” Ritchie said. “He made his own decision last start and he will make it again, whatever it happens to be. “He knows the horse well and you have got to make those decisions in the first few strides.”

Dawn Patrol’s remaining spring targets are yet to be decided, with Ritchie wanting to see how he performs this weekend before making any further plans. “We will see what happens,” he said. “He is getting up in the weights. It would be nice to find some weight-for-age races, but there are not a lot around.”

Meanwhile, stablemate Fiscal Fantasy will bypass the Group 1 Livamol Classic (2040m) at Hastings next week after disappointing at Te Rapa last start. “She disappointed me a little bit at Waikato,” Ritchie said. “She pulled up fine but I pulled her out of the Livamol immediately, it (her run) certainly wasn’t good enough for that. “She will now head to a race she won last year. It is now called the Jarden Stakes (Group 3, 2000m), which is on Melbourne Cup day in Auckland.”

The broodmare paddock beckons the Group 1 performer and Ritchie said she will likely be sold following her retirement from racing. “We probably won’t breed from her ourselves,” he said. “When we think she has had enough, and it will certainly be this season, she will be on the open market. “We have had a few offers from a couple of studs, but because she has been so honest and so good we thought if she could crack a Group 1 it would give her more value. “But we are not going to hammer her to do so. She has been good to us so we will try and return the favour.”