First winner on the board for Sacred Falls 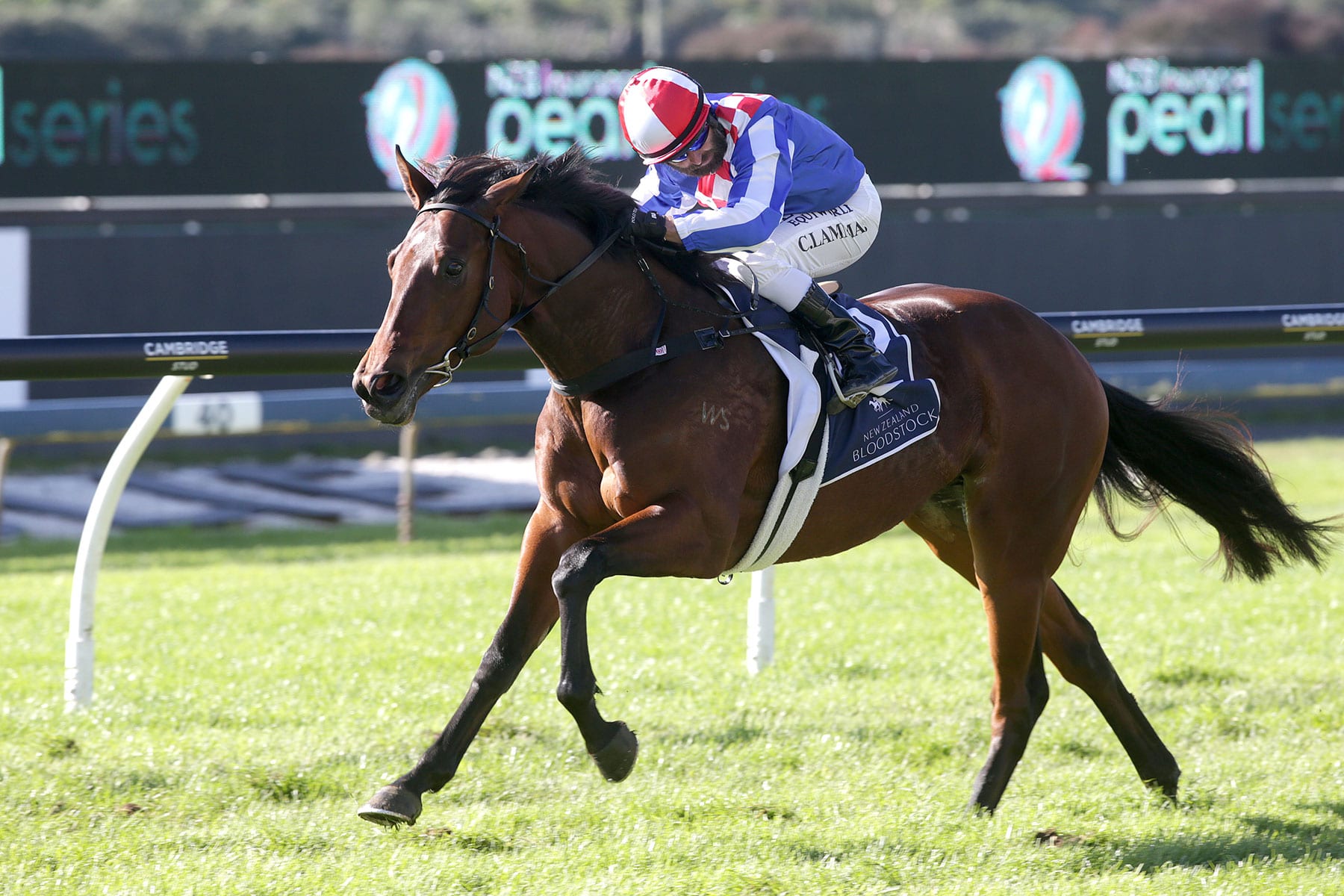 Exciting prospect Shoshone delivered the first win for her sire, the Waikato Stud-based Sacred Falls, in fine fashion when she led all the way over 1200m at Ellerslie on Monday.

The Ken and Bev Kelso-trained two-year-old had been earmarked as one to watch after several impressive trial efforts including a runner-up finish to subsequent Listed Auckland Futurity Stakes (1400m) winner Rhaegar. Sent out a warm favourite in the NZB Insurance Pearl Series sponsored contest, Shoshone jumped smartly to set the terms in front for rider Cameron Lammas.

Lammas had the filly cruising as she turned for home and with a modicum of effort, she kept her rivals at bay for the length of the Ellerslie straight, winning comfortably by two lengths to claim the Pearl Series bonus attached to the race.

Ken Kelso had expressed confidence before the race, although he was in two minds as to whether his charge would handle the tricky Heavy10 conditions on offer. “That was very impressive. She’s always showed a lot at home and in her trials,” he said. “It was good to see her produce it on raceday as she behaved herself nicely and had a nice day out. “She will have a bit of a break now and come back for those early-three-year-old races. “I really rate her, she’s a lovely type of filly and the first winner for Sacred Falls.”

From the first crop of four-time Group 1 winner Sacred Falls, Shoshone was bred by Waikato Stud and sold for $150,000 through their Book 1 draft at the 2018 National Yearling Sale. Lammas was equally impressed by the filly’s performance at her first time to the races following three rides on her at the trials. “I wouldn’t say she copped the ground but she was the best horse in the race,” Lammas said. “She’s a pretty classy filly. “She has jumped and put herself there, then relaxed nicely. Today is the first time I’ve asked her (for an effort) and she has found for me.”