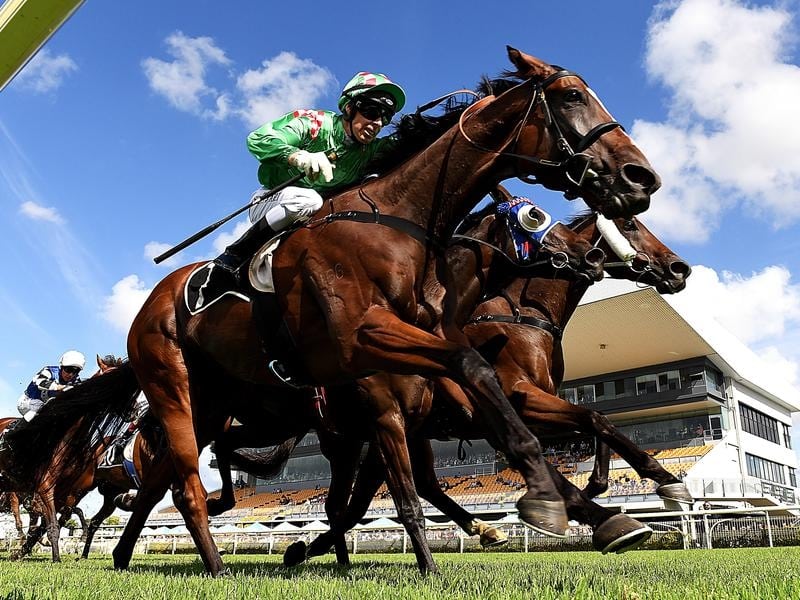 In-form stayer First Crush will be given the chance to avenge his defeat in last year’s Grafton Cup rather than tackling the Group Three Queen’s Cup at Caloundra.

First Crush has finished second in the Listed Ipswich Cup and Listed Caloundra Cup at his past two starts.

Trainer Chris Munce weighed up the options for the Grafton Cup on Thursday and Saturday’s Queen’s Cup and decided First Crush deserved another chance at the NSW Northern Rivers race.

Munce said he had learned a lesson from last year’s defeat in the Grafton Cup.

“He did get a little bit of a bump last year but really I don’t think he handled backing up in a week from the Prelude,” Munce said.

“First Crush has had a fortnight to get over his run in the Caloundra Cup and he deserves to win one of these staying races this winter.”

Munce has been aiming First Crush at the Grafton Cup (2350m) but admits he was tempted to head to the Queen’s Cup (3200m).

“In the end he has only 54.5 kg in the Grafton Cup and I know he can handle the track. He races like he wants 3200 metres but in the end I think there are more pluses for Grafton,” he said.

First Crush is proving a great money spinner for his syndicate of owner which is headed by Munce’s long time friend Max Whitby.

“Max and I go back a long way to when I won big races for him as a jockey and I would love to win a big race for him as trainer,” he said.

Mark Du Plessis, who rode First Crush in the Caloundra Cup, will retain the ride.