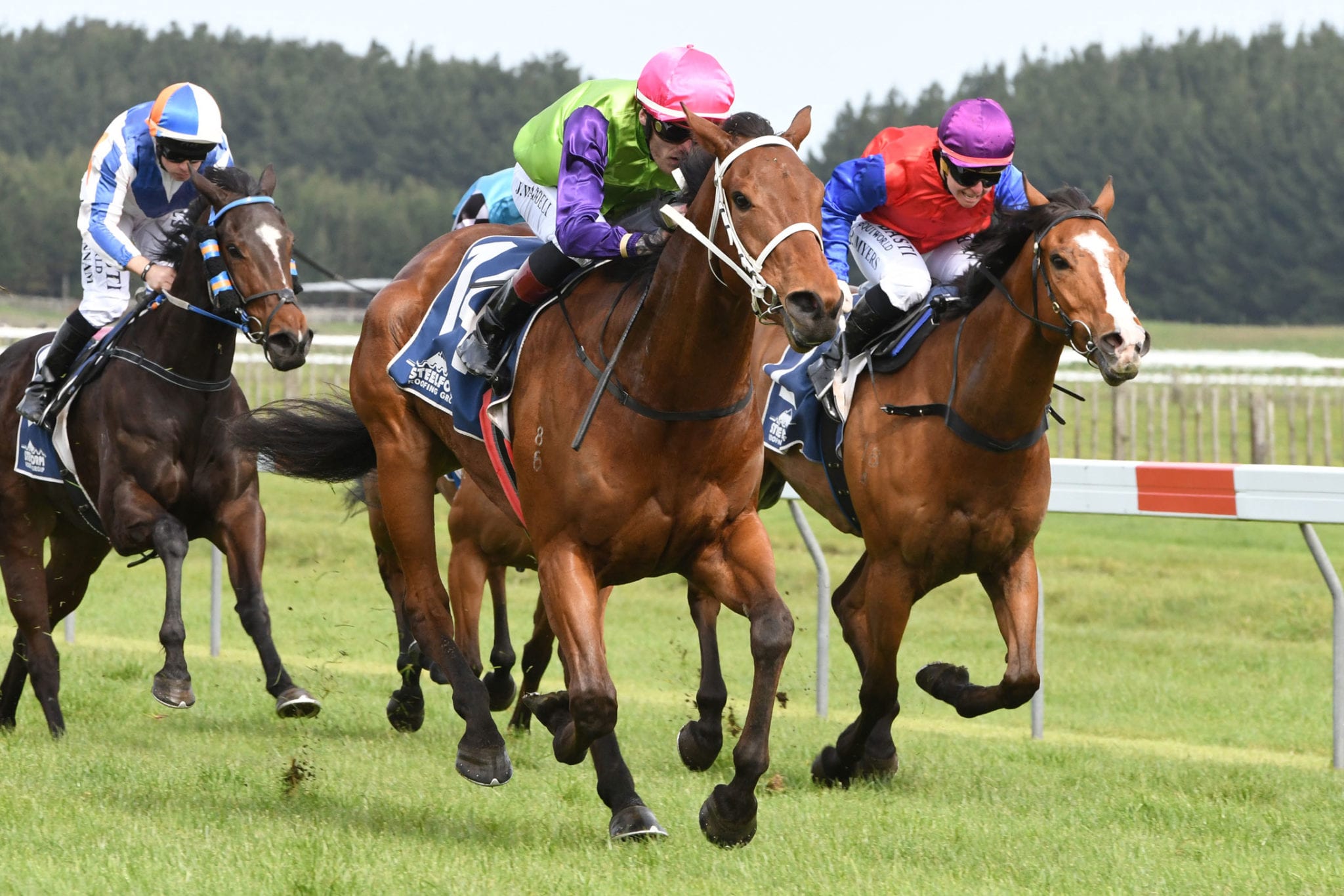 Cambridge trainer Andrew Campbell will line-up three Karaka Million aspirants at Ellerslie on Sunday ahead of their rich targets at the Auckland track on January 25.

Campbell is looking forward to the resumption of Trident who won on debut over 880m at Ellerslie in October, but admits the two-year-old gelding will take plenty of improvement from the run. “It was a great run on debut, he gave them three lengths at the start and even though he ran second – he should have won it outright – we won it in the room,” Campbell said. “He is well, he probably needs the run, we are just using it as a lead-up to the Karaka Million. He has got ability.”

Trident was also entered at Trentham’s Saturday meeting, however, Campbell thought it was wiser to give the son of Smart Missile another test around Ellerslie ahead of the Karaka Million 2YO (1200m). “We just put him in Trentham to see what the field was like, but it will be good to show him around Ellerslie one more time,” Campbell said. “He’s drawn wide but he will get back anyway. He hasn’t started for a couple of months so needs the run, but if he can hit the line strong we will be over the moon.”

Campbell will also give Pimlico and Tibetan their final hit-outs in the Barfoot & Thompson 1500 ahead of the Karaka Million 3YO Classic (1600m). While yet to win on raceday, Tibetan has accrued three placings from four starts, including a third in the Group 3 Wellington Stakes (1600m) and a runner-up result in the Listed 3YO Salver (2100m) last start.

The son of Shocking will drop back to 1500m on Sunday ahead of his rich assignment later this month. “Tibetan hasn’t had a run in a while and he will probably need it,” Campbell said. “I was rapt with his last two runs. His main aim is the Derby (Group 1, 2400m), but it’s a million dollar race (Karaka Million) so we are going to try and freshen him up a little bit and see if he can run over a mile.”

Pimlico will head into Sunday off the back of a last start win over 1400m at Matamata last month and Campbell believes he will be the better chance of the two this weekend. “Pimlico will be the better bet,” he said. “He races on the pace and the rail is out nine metres which makes it hard for backmarkers, which will include Tibetan, he will be out the backdoor. “Pimlico should be on the pace and he is very well.”

Meanwhile, Campbell will take just the one runner south to Trentham on Saturday. Two-year-old gelding Wertheimer will have his debut run in the William The Protector Premier (1200m) and Campbell expects him to perform well. “He trialled up well on Monday and he is just having the one run, then he is going out for a break,” Campbell said. “He spells down there so we thought we would give him his educational run down there. He will be a good place chance.”