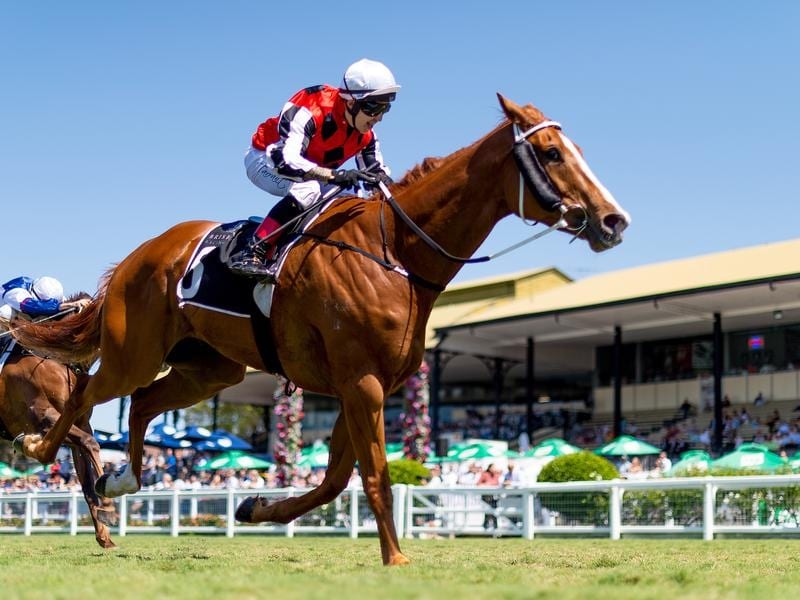 Toowoomba trainer Kevin Kemp will try something different with Fighting Teo as the equine giant heads to his main target this winter.

Fighting Teo will drop back in distance when he tackles the Listed Wayne Wilson Memorial Mile (1600m) at the Sunshine Coast on Friday.

As is the case with many trainers Kemp has been trawling the new winter program as he draws up a fresh campaign for Fighting Teo.

Kemp had been planning to run Fighting Teo in races such as the Ipswich Cup, Caloundra Cup and Queensland Cup this winter.

He has now switched Fighting Teo’s main target to the Tattersall’s Cup (2400m) at Eagle Farm on June 13.

Fighting Teo is one of the biggest horses racing in Queensland and stands close to 18 hands.

The gelding usually takes a few runs to build up to his best and Kemp has been looking for suitable races.

Fighting Teo resumed in a 1400m race at the Gold Coast last month and then stepped up to 1800m at the same track two weeks ago.

The gelding loomed as a likely winner at the 250m but ran out of condition in the final 100m to finish fourth.

“He did what you would expect at his second run back from a spell. I was more than happy,” Kemp said.

“Going back to 1600 metres on Friday isn’t ideal but there isn’t a lot of suitable lead ups.”

Gold Coast based Allan Chau rode Fighting Teo at the Gold Coast and is in line for the ride on Friday.