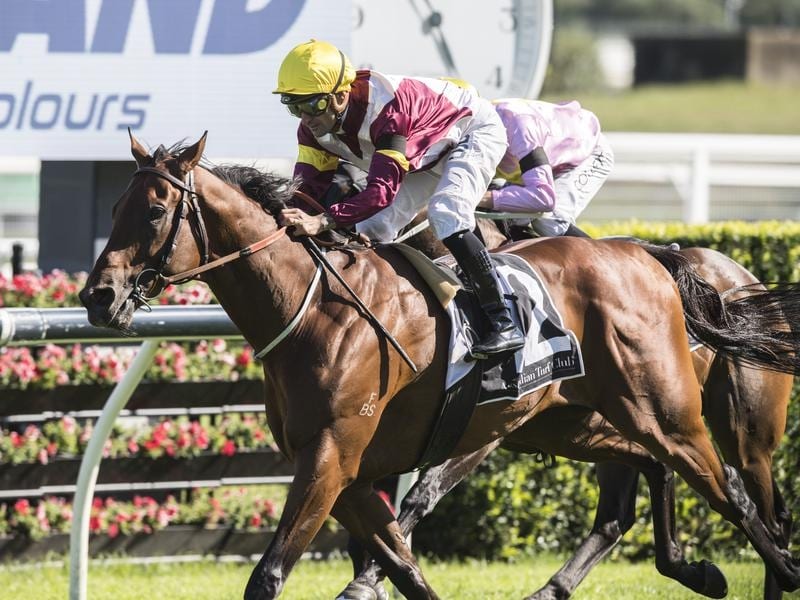 Fierce Impact has claimed an important milestone for his future with victory in the Group Three Summer Cup at Randwick.

An entire son of Japanese champion Deep Impact, the five-year-old did his early racing in England with the Derby in mind.

He failed to get to that level and was sold to Australia and sent to Matthew Smith’s Warwick Farm stable.

He won a benchmark race in May in his first Australian preparation and leading into Wednesday’s 2000m-feature, he came second to prolific winner Sky Boy at Rosehill.

Sky Boy has subsequently won the Group Two Villiers Stakes (1600m) from which Fierce Impact was scratched because of a wide barrier.

After settling in a handy position, Fierce Impact ($4.60) loomed up in the straight and kept going to overhaul the leader Satono Rasen ($71) and win by a length with another half-length to Life Less Ordinary ($7), third.

“It’s an important win for the horse and his owners,” Smith’s racing manager Colum McCullagh said.

“It’s just great for the owners. They’ve been very, very patient with this horse and it all worked out today.

“He was in the Villiers a fortnight ago but a bad barrier was against us so back to the trials and on to today and it’s all worked out and Corey (Brown) gave him a peach of a ride.

Brown, who rode Fierce Impact for the first time in a recent barrier trial, said he held him up as long as he could.

“In the trial I felt he needed something to focus on and I was holding on as long as I could until the 300 (metres),” he said.

“He was in the perfect position, the speed was good and everything pretty much went to plan.

“He ticked all the boxes today.”

Fierce Impact is now likely to be given a short spell before being prepared for the Sydney autumn and Brisbane winter carnivals.