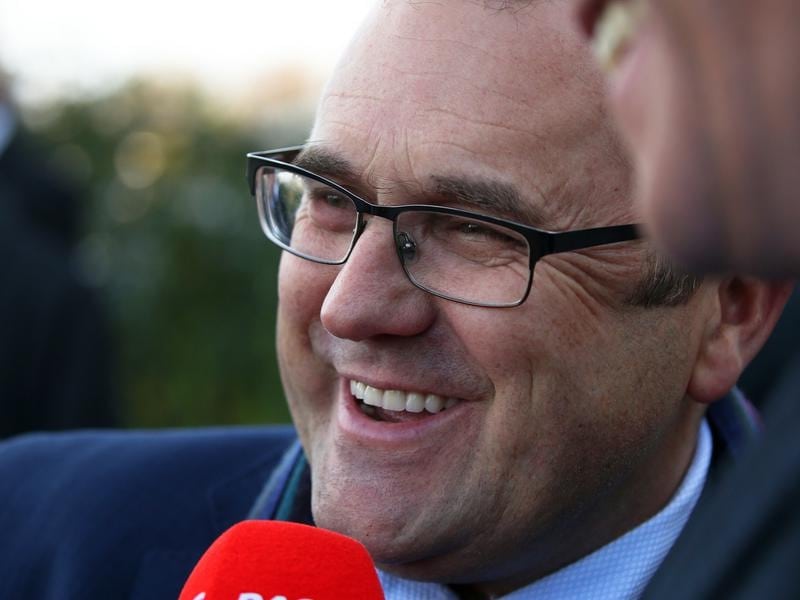 Lightly raced Fidelia has shown Robbie Griffiths enough to suggest she can be a player in the spring but the trainer is concerned about the filly’s wide barrier in the Quezette Stakes at Caulfield.

Fidelia won on her home track at Cranbourne on debut last month over 1000m before coming to town to run third over the same distance behind the highly promising Multaja at Moonee Valley on August 4.

“I thought anyone with an unbiased opinion would give a big tick to the winner, us and probably (runner-up) Pippie as well,” Griffiths said.

“I think those three fillies looked as though they are going to hold their own in the spring. And hopefully we can on Saturday.”

“She was terrific on debut and was super at Moonee Valley,” Griffiths said.

“She trained really well on Tuesday. She’ll run super on Saturday but I am concerned about barrier 14.

“It’s going to put her in an awkward spot but it’s such a good quality race with Sunlight and co, and being only one corner at Caulfield over 1100 metres hopefully she can still flow into the race somewhere from midfield and see what happens.”

Fidelia’s upcoming starts will show whether she can progress to the Group One Thousand Guineas over 1600m.

“If her energy levels or lack of experience or lack of seasoning suggests that we can’t do that well then we’ll just keep her to the sprints and keep her fresh and maybe look at stretching her out in the autumn,” Griffiths said.

“I’m hoping she’s a miler but I don’t think we know the answer yet.

“At the moment because she’s only been in sprints, she’s probably a sprinter through lack of knowledge but at some point in time she probably might stretch out”