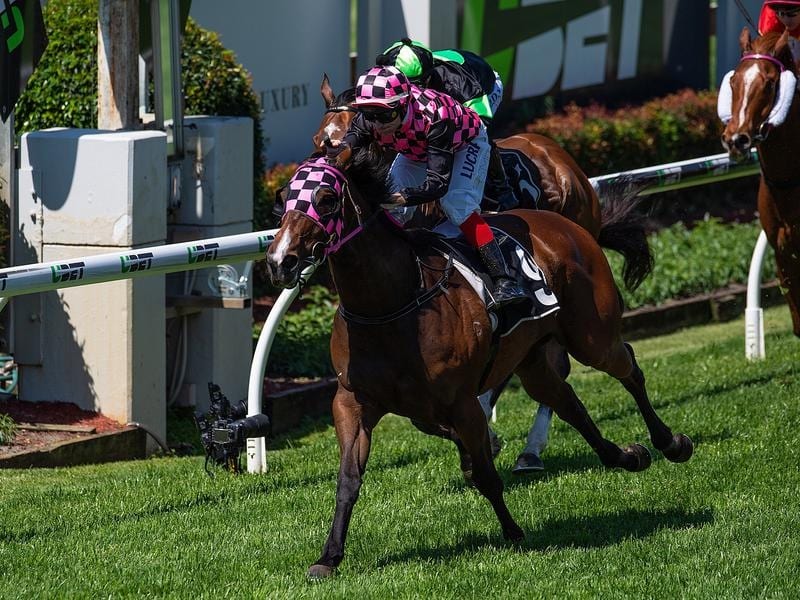 Trainer Robert Heathcote admits he read the acceptance sheet four times before it sank in Femme Fireball had drawn barrier one in the $1 million Magic Millions Fillies and Mares race.

Femme Fireball is regarded as one of the most promising mares in Queensland but has been dogged by bad barriers.

At her last start she drew near the outside in a big field at Doomben and finished near last in a stakes race.

Heathcote said the true Femme Fireball would get her chance at the Gold Coast on Saturday.

“At last, as we have gone two campaigns where she has had shocking barrier draws. The fact she has been able to win some of those races shows how good she is,” Heathcote said.

“We should be able to ride her closer and I give her a real chance of a knockout.”

Heathcote had a double at Doomben on Wednesday and believes his team is ready to fire again.

“Apart from Buffering winning the QTIS Millions race I haven’t had a lot of luck at the Gold Coast but things are meant to go around,” he said.

The Chris Waller-trained Invincibella, who won the Fillies and Mares race last year, heads the weights for the race.

Waller’s Queensland manager Paul Shailer said Invincibella would be fitter for her last-start seventh behind Millions favourite Manicure at Doomben,

“That was her first run since the spring and she does handle the Gold Coast,” he said.