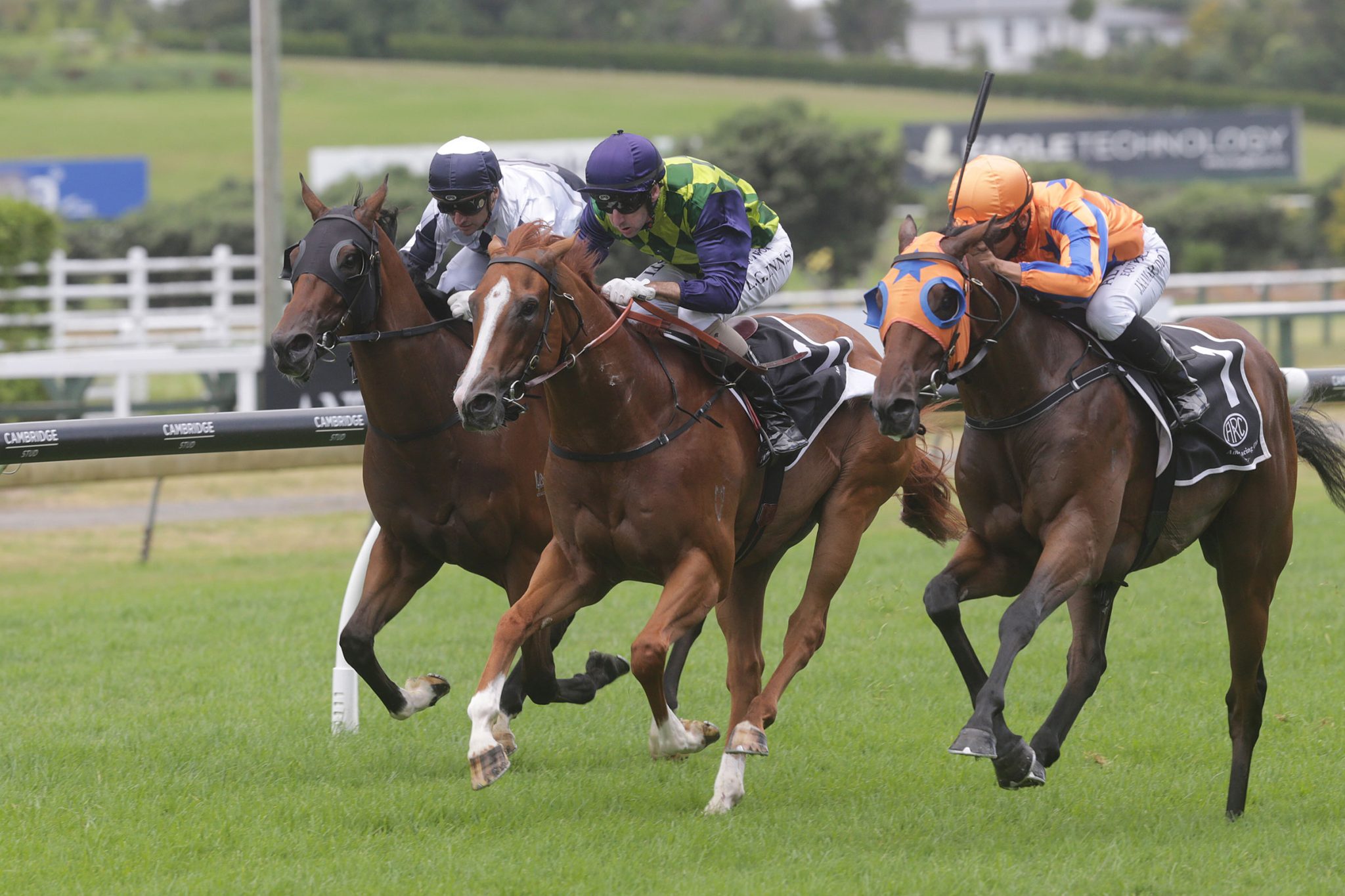 A determined winning effort at Ellerslie on Sunday by promising juvenile Fellini has seen the two-year-old son of Belardo shorten into +500 equal second favourite in the Doubletree by Hilton Karaka Million 2YO (1200m) at the same venue on January 22.

Expectations had been high around Time Flies, the Jamie Richards-trained stablemate to Fellini, with punters crunching that youngster into -333.33 favourite for Sunday’s contest.

With Time Flies leading from an inside draw and appearing to have every chance despite runner-up Alabama Gold sitting outside him throughout, it was left to Fellini to peel off their backs and score by three-quarters of a length, with Time Flies back in third.

“He was given a nice ride by Joe (Kamaruddin) and the two-kilo claim (55.5kg) was a big help to him,” Richards said.

“The win will set him up nicely for the Karaka Million in a couple of weeks and we’ve used this race before with our two-year-olds, like Avantage and On the Bubbles, as a stepping stone.

“Whether he’s top drawer like them, I’m not one-hundred percent sure, but he’s a good honest horse and he’ll show up here in thirteen days and give it everything.”

Te Akau Racing have made the juvenile feature their own, winning the last five editions with On the Bubbles, Cool Aza Beel, Probabeel, Avantage and Melody Belle.

Fellini, who won well at Pukekohe in late December, was one of two winners on the card for Haunui Farm stallion Belardo, who is also the sire of impressive maiden three-year-old winner Bella Luce for Shaun and Emma Clotworthy.

Te Akau principal David Ellis purchased Fellini for NZD$40,000 from breeders Valachi Downs at the 2021 Karaka Book 1 Yearling Sale, with the vendors to offer a Zacinto half-brother to the dual winner at this year’s Book 2 Sale. The gelding’s grand-dam Zaza Top was a top class juvenile in Germany.

Fellini also provided the sixth winner in a week for Te Akau apprentice Joe Kamaruddin, who currently sits in the top fifteen on the national jockeys’ premiership.

Richards went within inches of a second win on the card with Group 1 New Zealand 1000 Guineas (1600m) winner The Perfect Pink being narrowly beaten in a three-year-old 1500m event when having her first start since her Riccarton victory.