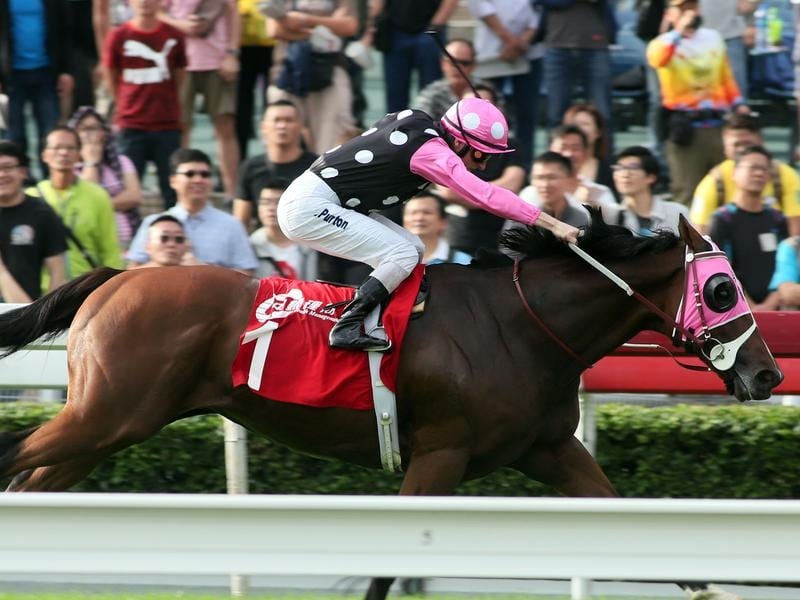 Hong Kong’ reigning Horse of the year, Beauty Generation, has set a 1600m-track record at Sha Tin in his lead-up to the International meeting.

Trainer John Moore said Beauty Generation reminded him of the stable’s former champion Able Friend the way he rounded up the field.

“He was like Able Friend. He reminded me of Able Friend, making the big run and scooting clear from the turn,” Moore said.

“He’s proved he’s a champion … and people around the world now will stand up and take notice that there is a very good miler here in Hong Kong.”

The trainer said Beauty Generation had had a few shoeing issues leading into the race but he expected them to be sorted before next month’s Group One International Mile.

“He had a few shoeing issues coming into this race,” Moore said. “But we have three weeks to sort them out, which we will.”

Moore sent out another former Australian, 2016 Queensland Derby winner Eagle Way, to win the Jockey Club Cup (2000m), also in record time, and pose a question as to which race he runs in on International day.

“We’ll put in a supplementary entry for the Cup and I’ll talk it over with the owner, Mr. Siu, whether we run. I’m hearing that the Cup might be an option worth considering.”

“Eagle Way’s like Beauty Generation in that he’s really hit his straps this season,” the trainer said. “We’ve tweaked a few little things and what we’ve tweaked have been the right things.”