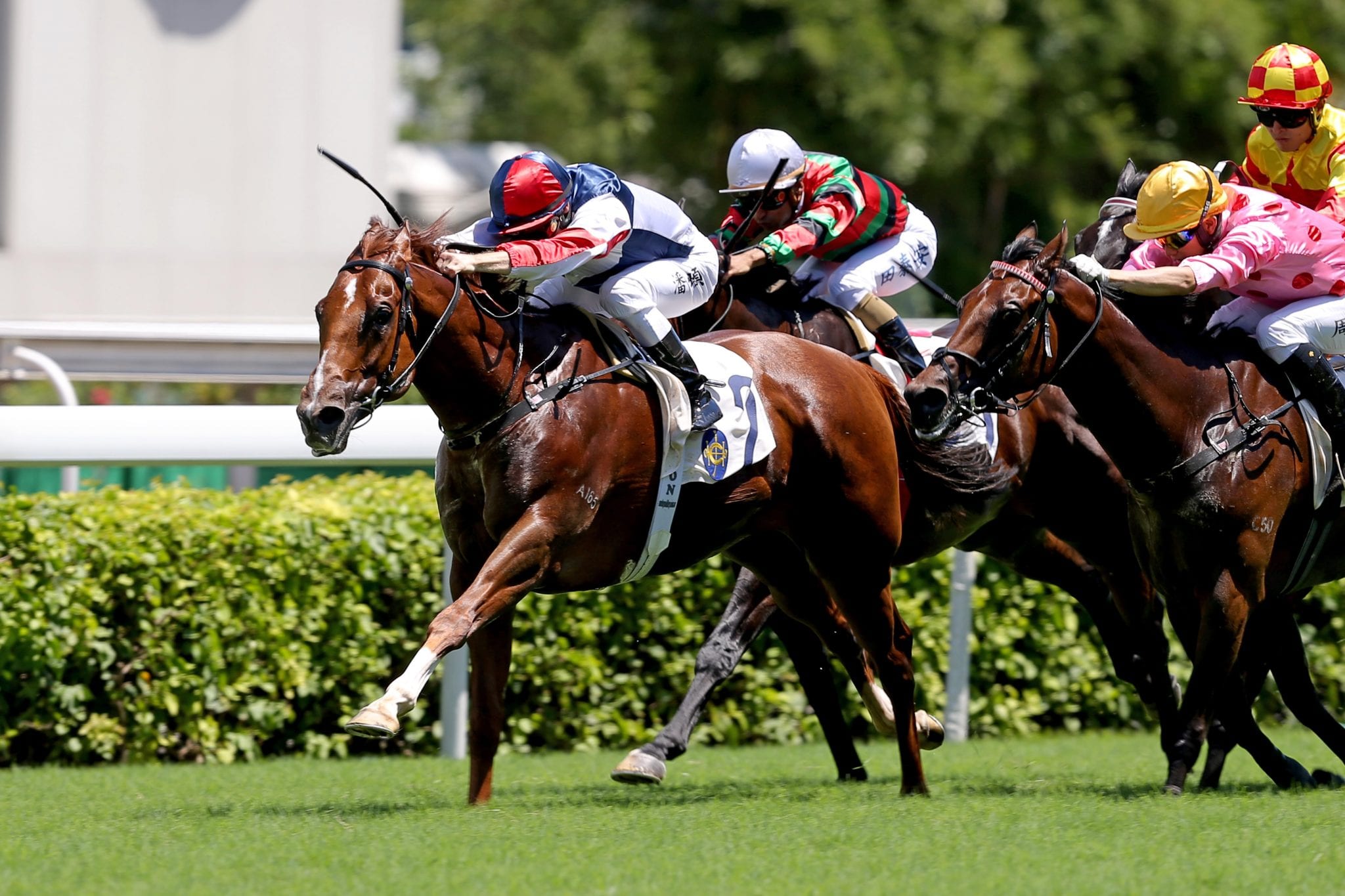 Fast Most Furious (132lb) will put his Group 1 LONGINES Hong Kong Mile credentials on show this Sunday (29 November) at Sha Tin when he contests the Class 1 Chevalier Cup Handicap (1600m) with a start in December’s HK$25 million mile subject to his screen test this weekend.

“He’s very difficult to place now – he’s still in the big race and the chance of him lining up depends on what happens this weekend,” his trainer David Hall said. “It’s hard with top weight and the wide draw – it might be all a little bit suspect about whether he makes it to December, but we’ll see how he goes.”

Hall’s chestnut is one of 13 selected to compete in the Hong Kong Mile at the HK$95 million showcase against a number of world heavyweights from Japan and Ireland as well as fellow Hong Kong-trained horses: Beauty Generation, Golden Sixty, Waikuku and Southern Legend.

“I think it’s just a bonus that he’d make the field but there is nowhere else for him to go, so your hands are tied and you probably have to run but racing’s a funny game – funny things happen and there’s prize money all the way down to sixth place,” Hall said.

The consistent seven-year-old has finished inside the top three 15 times in a 32-start career in Hong Kong, and is a five-time winner, including this race last year as well as a thrilling success at last season’s second-to-last race meeting in the Class 1 Sha Tin Mile Trophy Handicap (1600m).

“He’s probably reached his mark where it’s pretty tough for him now carrying the big weight and getting the tough draws – he’s had a great couple of seasons, he’s been a really good horse for the stable, super consistent – he keeps turning up and running his race,” Hall said.

Hall outlined the boxes his Irish-bred would need to tick in Sunday’s Class 1 feature in order to warrant a start on the big day. Hall previously tasted success at the Hong Kong International Races in 2006 when star sprinter Absolute Champion thrashed his rivals, including Silent Witness, in the Hong Kong Sprint.

“I think you have to see that he’s holding his form, if he’s certainly hitting the line well and puts up a performance that shows us he’s still in the form that warrants taking his place even though he’s probably not a winning chance,” Hall said.

“I think he’s going to come in and run a very good race – it’s a big jump from Class 3 to Class 1, but the manner in which he did it with me at Happy Valley gives me the indication that he is going to go up that high in class and that he’s going to do well once again,” Moreira said.

The youngster has won both his starts this campaign but steps up to Class 1 this Sunday following an easy Class 3 win last start, his second this term.

“What makes me feel confident about it is the way he did it last time – from where he placed himself in the race and how he travelled and how he finished off the race,” the Brazilian said.

“When I got off him I said to Caspar (Fownes) right away that you may have a Group horse, of course I’m only guessing but I am expressing how happy I was with him and I may not be wrong about him – I have to respect the field but the feeling he has given me gives me confidence in him that he’s going to do well.”

As a four-year-old, the Caspar Fownes-trained galloper is eligible to contest the Four-Year-Old Classic Series which kicks off on 24 January with the HK$12 million Hong Kong Classic Mile. This Sunday, he breaks from gate four.

“He did give me a feel that he could be one of those that heads to the Four-Year-Old Classic Series and he might be a very good surprise to connections,” Moreira said.

Fast Most Furious is one of seven entrants for Hall this weekend which includes Beluga, who tackles the Class 3 Chevalier Lifts & Escalators Handicap (1200m).

The New Zealand-bred steps into Class 3 for the first time following a tidy one and a quarter length score last start, but this time, he steps back a furlong to 1200m.

“I think he’s just a bit aggressive and he’s by Tavistock so you’re tempted to think that he’s going to be a stayer but at this point in time he just works a little bit too strong and his mind – it’s probably not ready to be stretched over further yet so we’ve elected to go back to the sprints with him,” Hall said.

The four-year-old will break from gate 11 among a field of 12 with local ace Matthew Chadwick in the plate, but does slot in with a handy weight advantage having been assigned 117lb.

“He’s got a tough draw but he’ll probably be ridden quiet from the gate and we’ll see if he can just run on and continue to head in the right direction,” Hall said.

Dual Australian Group 1 winner Shadow Hero will step out for his long-awaited Hong Kong debut this Sunday at Sha Tin as he readies for the Class 2 Chevalier Property Investment Handicap (1400m) with the BMW Hong Kong Derby (2000m) on his radar.

“He’s settled into Hong Kong really well and I’m hoping for a really good run and also, I’m hoping that he’ll just get better as the races get longer,” David Hayes said.

The four-year-old was a four-time winner prior to export from Australia, including twice at Group 1 level under the care of trainer Mark Newnham, firstly, winning the Spring Champion Stakes (2000m) before dropping back to a mile when claiming the Randwick Guineas.

“I’m hoping that he can be one of main Hong Kong Derby contenders, he’s on a gradual build up and he’ll probably be better on International Day in the race that I’ve got picked out for him, but I’m expecting a good run, although I’m expecting a better run at his second one,” Hayes said.

The talented gelding will break from gate five with champion jockey Zac Purton up following three barrier trials in the lead-up to his debut.

Also in the field is Berlin Tango (128lb), who also debuts and prior to arriving in Hong Kong won the Group 3 Classic Trial (1999m) at Kempton Park, as well as finishing a close-up third at Royal Ascot in the Group 3 Hampton Court Stakes (1993m).

“He’s a really imposing good looking big horse, he’ll be better when the races get longer but I think he’ll be pretty hard to beat based on how he has been trialling,” Hayes said.

“He’s sound, he’s happy, he’s healthy – and he trialled well – Alexis (Badel) said he was happy with him,” Shum said.

The Australian-bred five-year-old is an eight-time winner from 17 starts, including twice at Class 1 level and last season placed second in the Group 3 Premier Cup Handicap (1400m).

This morning, he broke cleanly to settle close to the speed over 1200m on the dirt, crossing the line third behind World Famous and five-time dirt winner Will Power.

“Hopefully he gets a good draw, it’s hard to say if he is up to Group 1 level, it all depends on the race but he’s fine – he’s ready, it’s worth finding out,” Shum said.