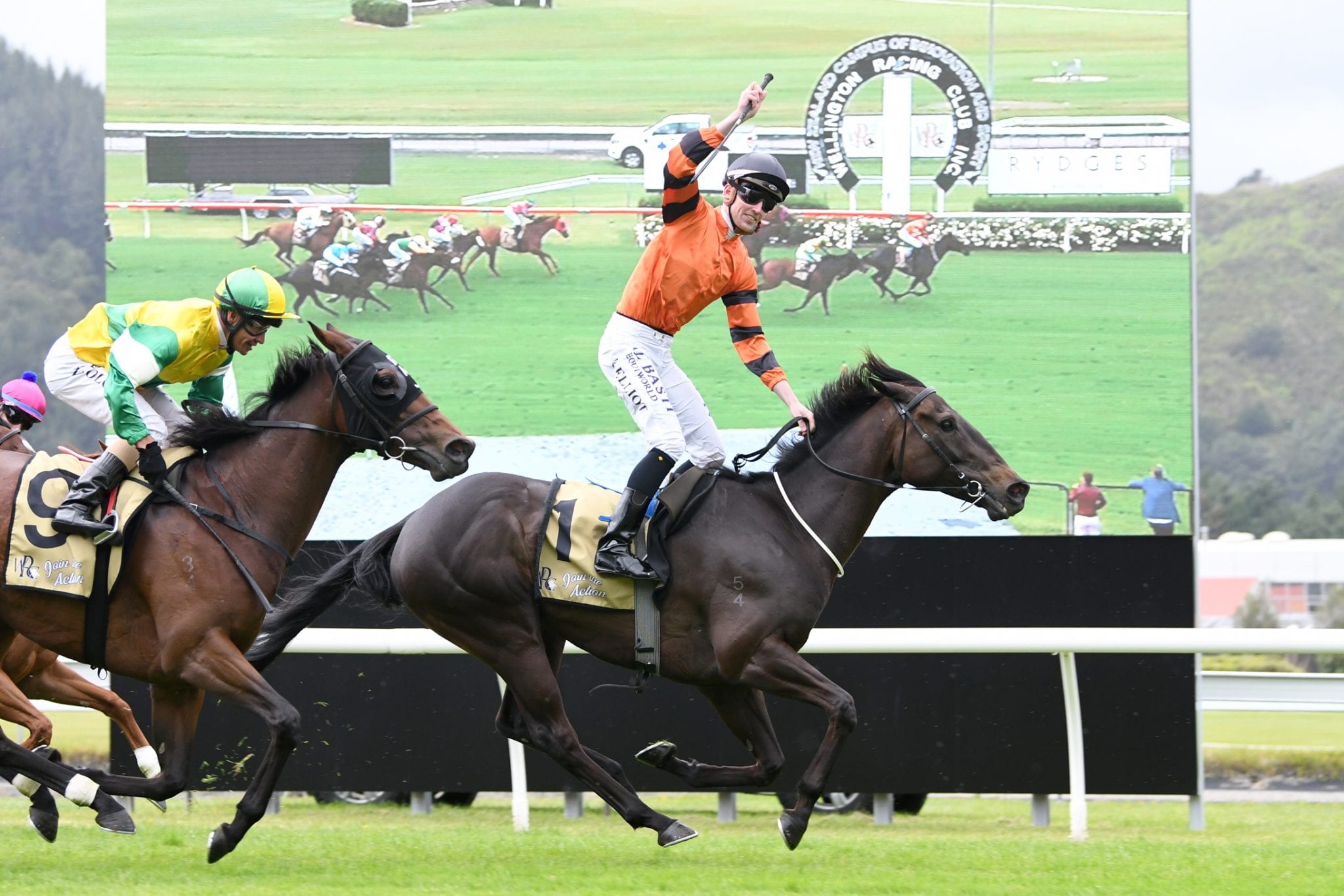 Quality galloper Rock On Wood shed the tag of a Group 1 winner in waiting in emphatic fashion when he dashed home to take out the Group 1 Rydges Wellington Captain Cook Stakes (1600m) at Trentham. The Leanne Elliot-trained six-year-old had promised plenty at the highest level without being able to convert that into a Group 1 victory having finished third and fourth, twice, in four prior attempts.

The patiently-handled son of Redwood has made good improvement in his last two campaigns and finally struck the racing luck he needed to make it count on Saturday in the hands of Elliot’s son Ryan. It was an emotional Leanne Elliot, who shares in the ownership with her mother Jill Ker and sister Yvonne, as she fought back tears while waiting for her son to bring the six-year-old gelding back to the winner’s enclosure after the race.

“It’s just blimmin awesome,” she said. “I was worried about the (Slow7) track but he went so good. “He did it tough as he was out three-wide and I was thinking ‘oh no,’ but he was just awesome. “It’s Ryan’s first Group 1 as well so that just makes it even better.”

21-year-old Ryan Elliot never panicked when he found himself caught wide during the early running, allowing Rock On Wood to find his feet before asking him to move into contention with 800m to run. Asked for an effort once balanced in the straight, Rock On Wood sprinted quickly to hit the front before fending off the challenge of race favourite Concert Hall, who tracked him into the straight, by just on a length with pacemaker Deerfield clinging gamely to third.

The laconic hoop took the aftermath in his stride as he paid tribute to Rock On Wood and his mother. “He’s put in a big effort and done it well,” he said. “He jumped well and when they pushed up inside him, I thought I’d just stay where I was as there wasn’t any point in going back with him. “I got a bit of a windbreak from Jonathan Riddell’s horse (Times Ticking) on the corner which helped me out and then he sprinted really well in that ground.

“He was floating around a little bit but that is what he does on a slow track as he needs better ground. “It is so special to win this for mum as my first winner was on one of hers so for mum to get such a good horse and for me to win a Group 1 on it is just awesome.”

Rock On Wood is out of the Catcher In The Rye mare Rock On Rye and has now won eight of his 17 starts after being purchased for $26,000 from the Long Acres Stud draft by Ker at the 2016 Festival Yearling Sale at Karaka.

The Redwood gelding was bred by the syndicate that originally raced Rock On Rye out of Peter Rudkin’s Christchurch stable, which included the late great Kiwi rugby league player John O’Sullivan.

A full sister to Rock On Wood will be presented in Book 1 at the forthcoming New Zealand Bloodstock National Yearling Sales at Karaka through the draft of Cambria Park.