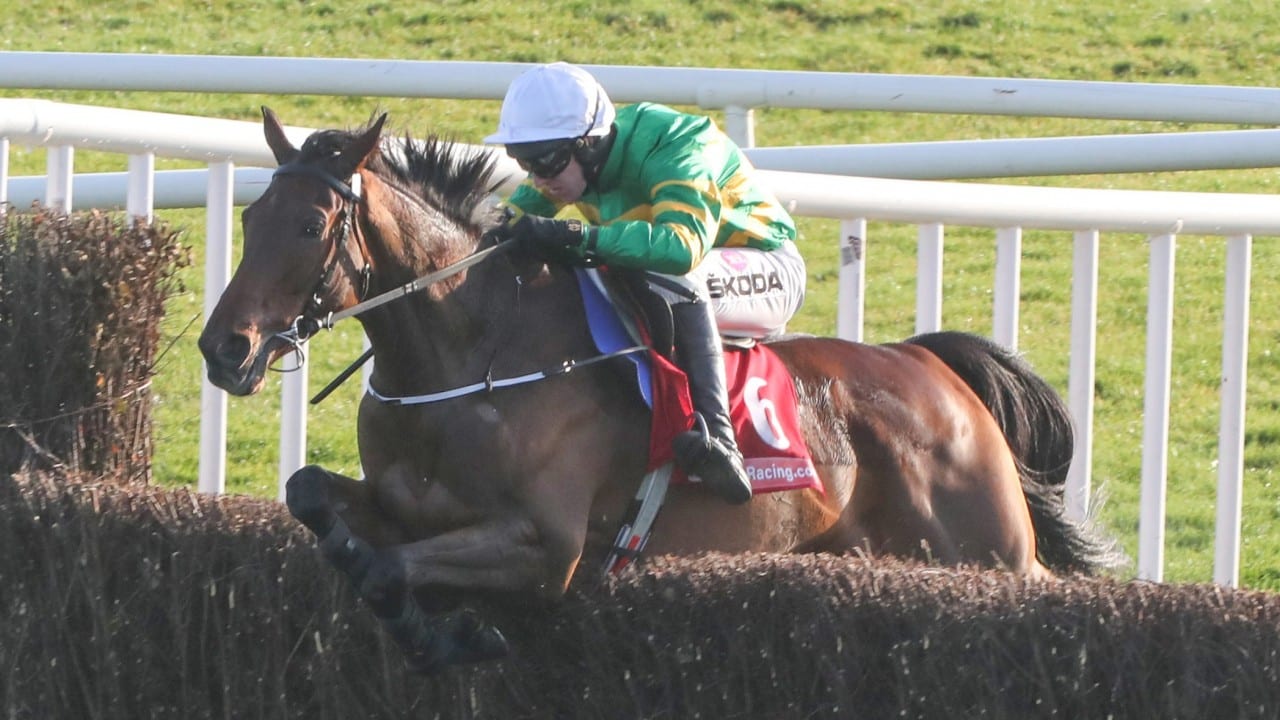 There are only four declared runners for the Poplar Square Chase at Naas on Saturday and they are all smart but Fakir D’oudairies stands out at +150 with Bovada. Notebook and Cash Back are not far behind on Official Ratings but Djingle looks outclassed at this level.

Cilaos Emery won the Grade 2 Class 1 race over two miles for horses aged four and older last year. It is a potential trial for the Champion Chase at the Cheltenham Festival but no horse has won both races. Cilaos Emery took a different route and was fourth in the Champion Hurdle in March.

Novices who were good enough to run in the Grade 1 Arkle Chase at the festival in the previous season often take part. In fact, only Djingle in this year’s field did not run in the 2020 two mile novice chasers championship race at the jumps meeting that matters most. The seven-year-old is a useful chaser but his best form is reflected in the early price of +3300.

There is very little to choose between the other three runners on the figures but Fakir D’oudairies justifies favouritism. Cash Back receives eight pounds from that horse and Notebook but collateral form suggests Fakir D’oudairies can carry the extra weight and win.

The two key form guides are the Irish Arkle and the Cheltenham version of the race for inexperienced chasers. Relatively young horses can progress when they come out of novice company. Fakir D’oudairies also has the potential to improve like Notebook and Cash Back while Djingle has too much to find.

Notebook won the Grade 1 Irish Arkle Chase at Leopardstown in February. The winning margin over the runner-up, Cash Back, was three quarters of a length off level weights. Cash Back will benefit from that 8lbs pull in weights which should account for Notebook at least.

The ground for that race was yielding and the forecast going at Naas on Saturday is soft to heavy. Notebook should be more inconvenienced by underfoot conditions than the other three runners who have a better record with plenty of cut in the ground.

Fakir D’oudairies finished second in the Arkle at Cheltenham in March. The gelding looked like the most likely winner two fences from home. However, a serous jumping error was costly but despite recovering and rallying, Put The Kettle On prevailed by one and a half lengths.

Notebook ran poorly and was over 27 lengths adrift of the winner at the finishing line. Reversing the form with Fakir D’oudairies looks a big ask because there is no pull in the weights. Cash Back ran too freely at Cheltenham and fell 2 out. The horse had weakened and was not going to finish in front of the eventual winner and runner-up.

Put The Kettle On gave a huge boost to the Arkle form when winning on debut for the season at Cheltenham last week. Notebook is the Irish form choice and Cash Back gets a big chunk of weight. The English Arkle is the most important championship race in the discipline. The result and subsequent events make Fakir D’oudairies the horse to beat.

The Joseph O’Brien five-year-old has most room for improvement because of his age. He is two years younger than Notebook and Cash Back and still has time to develop into a Champion Chase contender. He must win this Naas race to get in the mix for the two mile championship race for more experienced chasers.