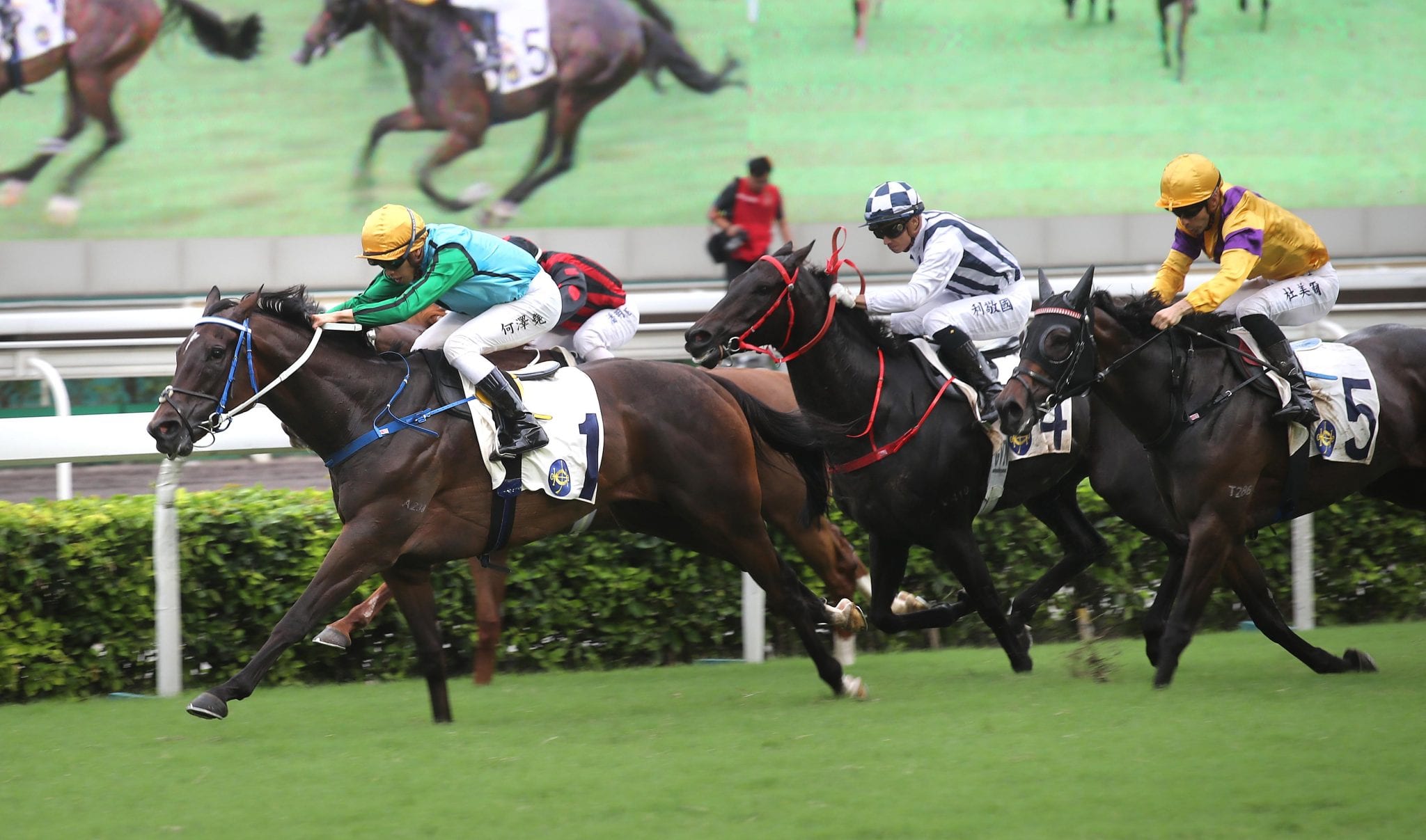 Vincent Ho repaid the faith of his old master with a signpost victory aboard Rise High in the Group 3 Premier Plate Handicap (1800m) at Sha Tin yesterday afternoon, Sunday, 23 June.

Rise High overcame top-weight of 133lb and a hefty bump at the top of the straight to post a dominant length and a quarter victory from Seasons Bloom (130lb), with Citron Spirit (128lb) third.

“They just got my hind quarters and I got a bit unbalanced. I waited and balanced him up and got going again,” Ho said after landing the final Group race of the Hong Kong season.

“I knew the horse was strong. Today he travelled a lot stronger than I expected and he was in a lovely position in midfield so I knew he’d take off. I let him start to pick up at the 600 (metres) and he has a great turn-of-foot.”

Trainer Caspar Fownes could have turned to Zac Purton for the feature contest but instead stayed loyal to his former apprentice while the all-conquering champion watched the 11-runner contest from the jockeys’ room.

“Zac would love to be on him and I’m very grateful that (Caspar) kept me on, and also it’s my first Group race win for my old boss so I’m very happy,” he added.

Fownes acknowledged that he could indeed have turned to Purton, who has a record of three wins from seven rides on the Irish import.

“Zac is a superstar, he’s proven he’s the best rider here, along with Joao (Moreira); he’s a great jockey, especially in big-race situations but the opportunity was there for Vincent to retain the ride,” the handler said.

“Vincent did nothing wrong last time and even the fact that Zac was available, it wasn’t the right thing to do. Zac’s committed to Exultant going forward but he’s won three races on Rise High so it’s there, both boys have had success on the horse now.”

Fownes and Ho go back a long way. The rider, 29, cut his teeth under Fownes’ tutelage and the trainer has always provided opportunities to the former champion apprentice who is in line to receive this season’s Tony Cruz Award as the leading home grown rider – his current tally for the term is a personal best 52.

“I’m extremely happy for Vincent,” Fownes continued. “He’s a great kid, I love him, he’s worked hard his whole life and in the early days when he was my apprentice he was a great kid and a pleasure to work with. He deserves all the success he’s having right now and I’m happy that he’s on that horse getting that result and hopefully we’ll get a Group 1 with them together.”

Fownes was brimming with confidence post-race and justifiably so. Since the Premier Plate switched to a June slot three years ago, two horses have prevailed under top-weight – Helene Paragon and Exultant. Both went on to Group 1 glory the next season.

“Exultant looks to be a superstar but I really believe this horse is the next big thing here!” Fownes said.

“He’s a star, I really believe that and I really hope I get the chance to travel with him because I think he’s that good. He’s just learning his trade now. Once everything falls into place – it’s just starting to come, he’s starting to take a chill pill, in the yard he’s starting to go ‘you know what, I’m the dude’ and it’s fun days ahead.”

The day featured a Group 3 double bill and it was Grant van Niekerk and Frankie Lor who teamed for success in the Premier Cup Handicap (1400m) with the progressive Flying Thunder (114lb). The four-year-old British import quickened smartly to take the spoils by three quarters of a length from Time To Celebrate (122lb).