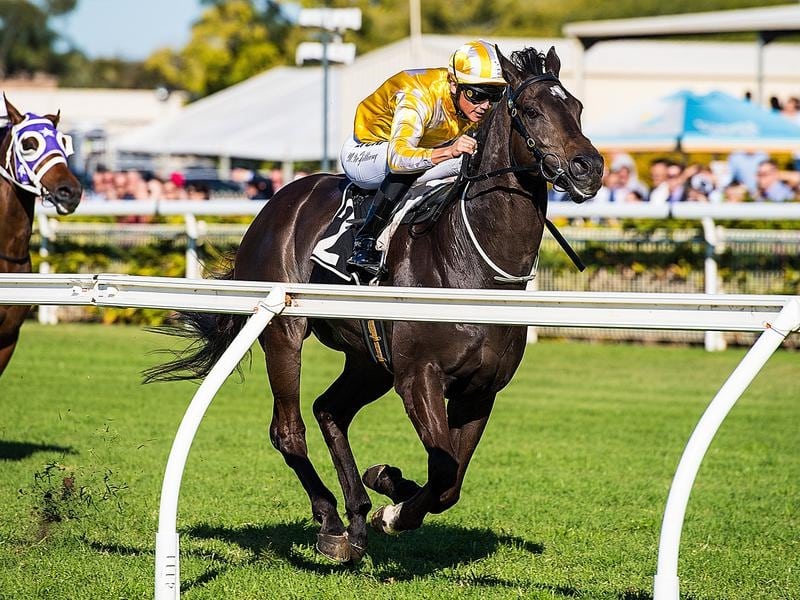 A combination of favourable factors give restricted class galloper Glitra the chance to win his first open company race at Caloundra.

Glitra has won his past two starts in the Coffs Harbour Cup and a Doomben No Metropolitan Win race over 1650m in fast time.

There are seven acceptors for Saturday’s Bob Jane T Mart Maroochydore Handicap (1600m and while it has some stakes winners and promising gallopers, Glitra is the second favourite behind Order Again.

Peter Hulbert, who trains in partnership with his son Will, said he was not surprised Glitra was well fancied but added it was probably one of the trickiest races in a while.

“It is only a small field but it really has got some form around it. But I think our bloke has s few things in his favour,” Hulbert said.

“Glitra is down sharply in weights and Caloundra has been playing to front runners with the rail out.

“It is out again on Saturday and we have barrier two which means he won’t have much to do to lead or sit just off the pace.

“And if you look at the day the favourite Order Again won we also won and ran a faster final 600 metres. I know that doesn’t always mean much but in other words we aren’t giving up hope.”

He has since won one race in April this year at Warwick Farm but has struggled since. He finished a fair sixth at The Gold Coast at his first Queensland run three weeks ago.