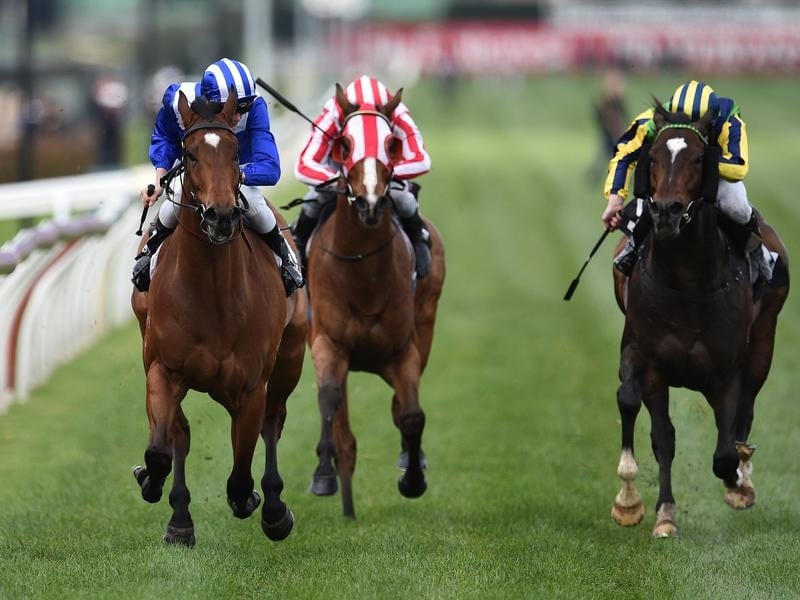 Senior Lindsay Park trainer David Hayes can’t believe the transformation in Faatinah since his return from a trip abroad.

The accomplished sprinter with a couple of Group Two wins under the belt and a placing at Group One level in Australia, had three starts at Meydan during the Dubai carnival.

He will have his first start back on Australian soil in Saturday’s Listed Carlyon Stakes (1000m) at Moonee Valley.

“I don’t know what’s happened but since he’s come back from Dubai it looks like he’s got a rocket in him,” Hayes said.

“I’ve had horses for years have trips abroad successfully, or unsuccessfully, and they normally come back stimulated.”

Faatinah won the Group Two Euclase Stakes in Adelaide and the Bobbie Lewis Stakes at Flemington in 2016, his last win in Australia.

He ran second to stablemate Sheidel in the 2017 Oakleigh Plate and was placed in two sprint races last spring before heading to Dubai.

He won first-up at Meydan in January over 1200m before following up with a second placing, beaten three lengths, over the same course in February.

His final run was a midfield finish in the Group One Al Quoz Sprint on Dubai World Cup night in March.

Hayes will be guided by how Faatinah performs on Saturday as to his program.

As a former Bobbie Lewis Stakes winner, the Flemington race on September 15 again appeals to Hayes.

He also wants to see how Faatinah performs at the 1000m on Saturday with a view to tackling the Group One Moir Stakes two weeks later.

“The Bobbie Lewis up the straight is probably what we’d look at but if he’s really good in the Carlyon then I’d probably set him for the Moir,” Hayes said.