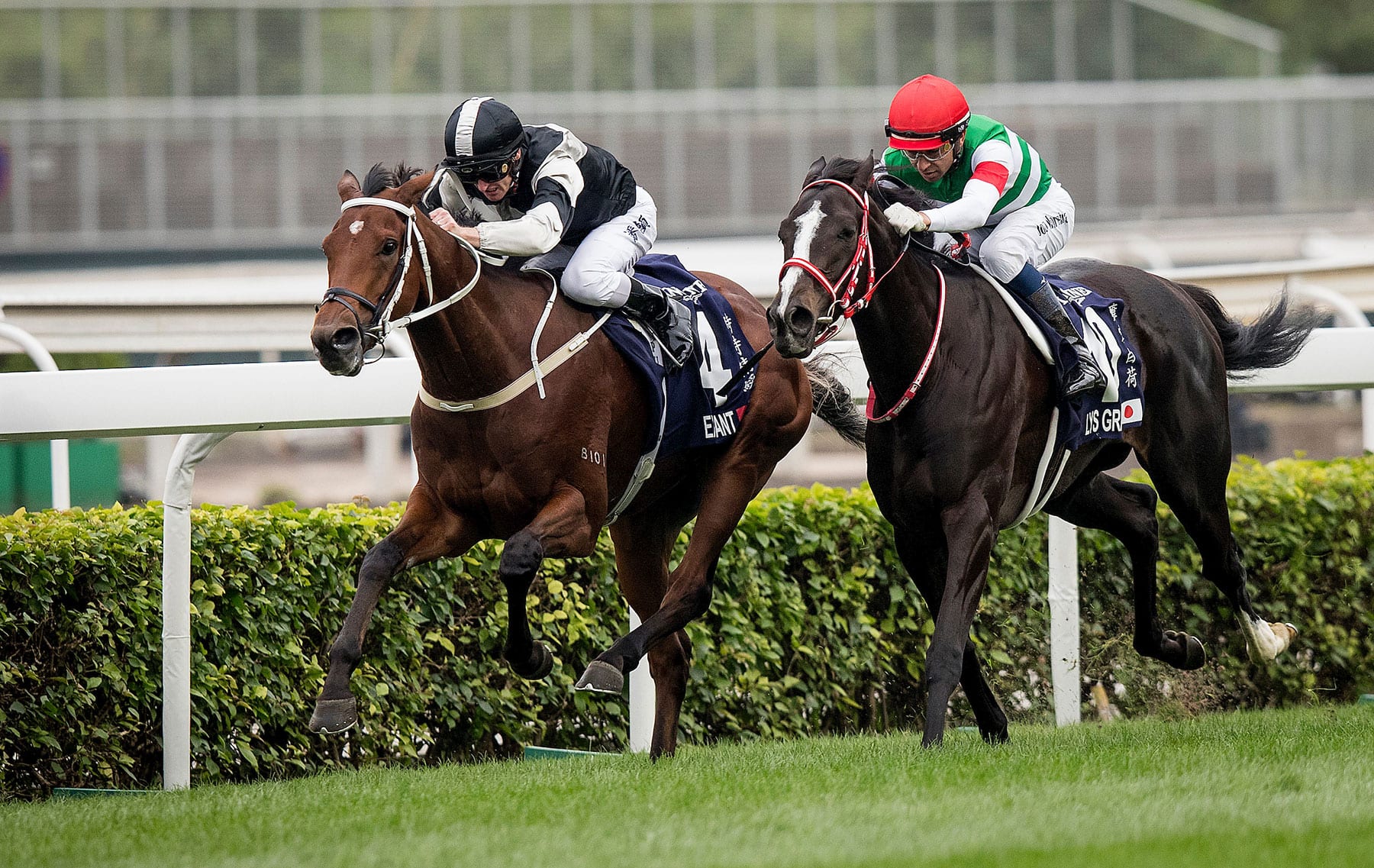 Tony Cruz is resolute in his expectation that Exultant can confirm his status as Hong Kong’s pre-eminent ‘stayer’ in Sunday’s (17 November) Group 2 Jockey Club Cup (2000m) and beyond.

This weekend’s race at Sha Tin is the key lead-up to the Irish import’s primary target, a repeat win in the HK$20 million Group 1 LONGINES Hong Kong Vase on 8 December.

“Exultant’s ready for the trial race, he’s in good condition, he’s tuned up for it; Zac Purton knows him so well and he’s got a very good chance to win,” the trainer said.

Cruz is not fazed by the challengers: “I have a lot of confidence in Exultant. He’s much stronger than last season so I have to be confident that he’ll prove to be a better horse this season. I expect him to repeat what he did last season.

“It’s very competitive this year, the Vase in a few weeks is going to be the toughest test, it always is, but I believe in his ability.”

With the Hong Kong circuit staging no races beyond 2400m, any horse competing in the mile-and-a-quarter to mile-and-a-half bracket is deemed a stayer. Exultant was Champion Stayer last term, and, with a form-line displaying superiority over Group 1 Cox Plate heroine Lys Gracieux, Group 1 Nassau Stakes winner Deirdre and Group 1 Prix de l’Arc de Triomphe victor Waldgeist, he justifiably ranks in the top 25 of the latest LONGINES World’s Best Racehorse Rankings.

The Irish import – third to Churchill in the Group 1 Irish 2,000 Guineas before relocating to Hong Kong – returned to action after an extended summer break with a running-on third in the Group 3 Sa Sa Ladies’ Purse Handicap (1800m) 10 days ago. The bay shouldered 133lb to finish a little more than a length behind the race fit Southern Legend (127lb) and runner-up Time Warp (122lb): Sunday’s race is set-weights and penalties, with Exultant due to carry a 5lb Group 1 impost.

“That was a very good run in the Ladies’ Purse, I was really happy with what he did that day. And he took the race well, he had no stress on him, he’s looked very good since,” Cruz said.

The handler also had an upbeat take on Time Warp following the front-runner’s sound effort last time. The chestnut has been more out of form than in since claiming back-to-back 2000m Group 1 wins in the LONGINES Hong Kong Cup and Citi Hong Kong Gold Cup two seasons ago.

“Time Warp ran well last time,” he said. “We’ll do the same thing with him: Karis Teetan rides him and he’ll go to the front like he always does. That’s the only way he can run a proper race.”

Time Warp spent August and September at the Hong Kong Jockey Club’s Conghua Racecourse facility in the Mainland and his handler believes that has been a boon.

“His attitude seems better since we sent him up to Conghua,” Cruz said. “His mind is more relaxed and he’s a healthy horse. I couldn’t fault him in any way, it’s just his mind is in a better place since he had that time at Conghua. That over-keen edge he had, it’s not there now and he seems like he’s back to himself.”

Ka Ying Star has taken on Beauty Generation for the leader’s role in his two starts this season, finishing second and then fourth last time, and Cruz is hopeful that the British import – Urban Aspect when with Andrew Balding – has upside to him.

“Ka Ying Star trialled well recently and he’s in good form,” Cruz said. “He’s more mature and I hope he has improved: he has to improve on what he’s shown if he’s to take that step he needs to take.

“I believe he’s still on the up, he’s always thereabouts in these races so now we need him to just take that step – it’s a tough race against Beauty Generation.”