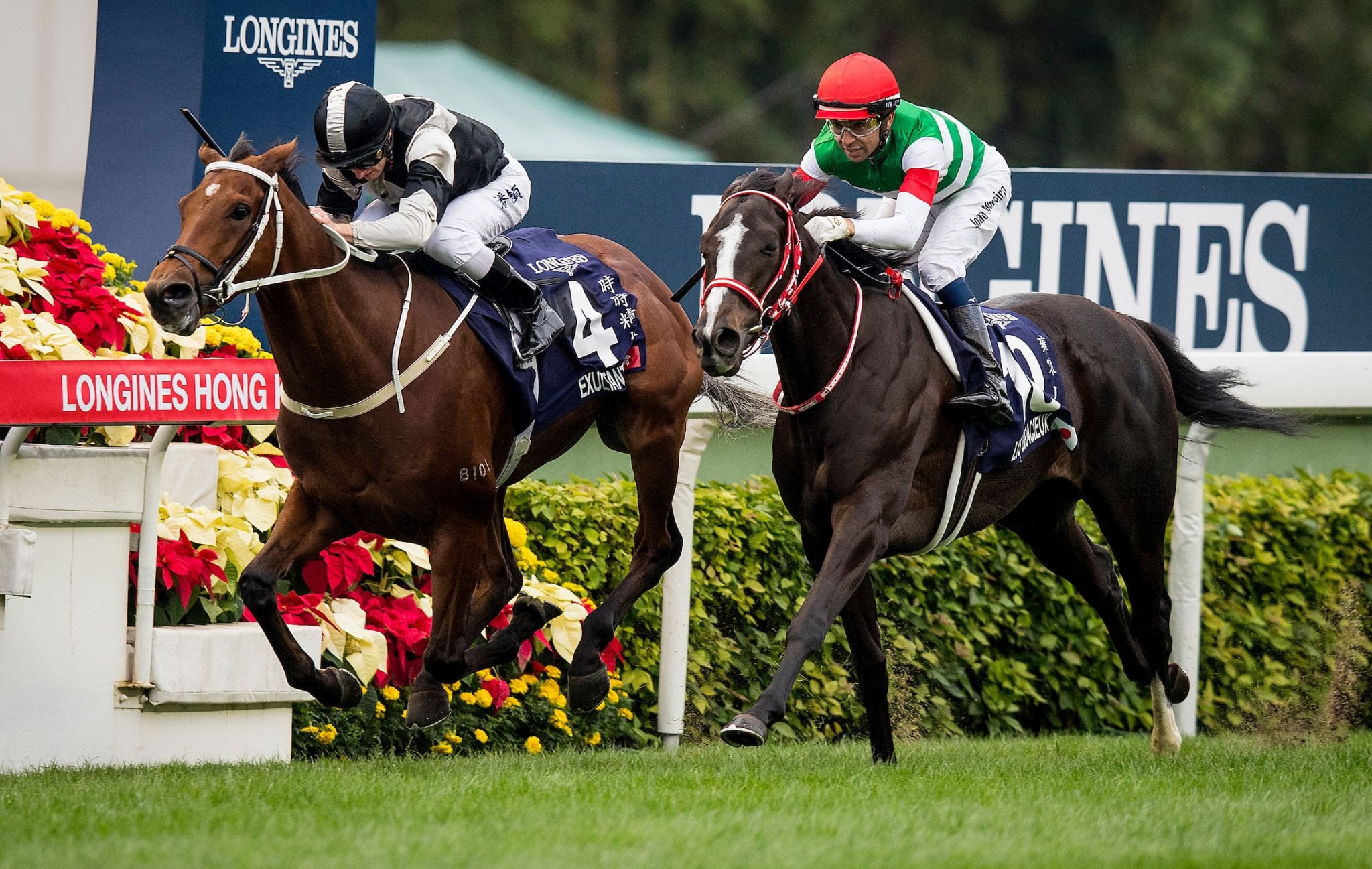 Exultant is already proven as one of the best stayers Hong Kong has ever produced but this Sunday (13 December) at Sha Tin he has the chance of creating a significant slice of history by becoming the first locally-trained dual winner of the Group 1 LONGINES Hong Kong Vase (2400m).

And champion jockey Zac Purton is going into the HK$20 million staying test with an aura of positivity that yet another consistent effort from the five-time Group 1 winner will see him challenge for a sixth top-level success.

“You always go to the races with a great deal of confidence with Exultant – he’s never let me down, so let’s just hope that he can continue to give us his best,” Purton said.

The Teofilo gelding has finished inside the top three 23 times from 27 Hong Kong runs, including 11 wins and nine second placings. The last time he finished outside of the top three was over 700 days ago, two runs before his 2018 Hong Kong Vase success.

“He means a lot to me – stayers in Hong Kong are rare and hard to come by and he’s certainly been our best stayer the last few years – I’ve had a good association with him and I’ve won some big races on him,” Purton said.

Purton has been in the plate for the bulk of Exultant’s (126lb) runs, through his Four-Year-Old Classic Series campaign and each of his five wins at the top-level.

“He’s never let me down, he’s always there he always runs well and if he gets beat he gets beat because another horse has had a softer run or is better than him on the day, but he’s so consistent – it’s very hard to find a horse that’s as consistent as him,” Purton said.

Even before export under the care of Michael Halford at Copper Beach Stables – the bay was consistent, with two wins at three followed by a third-placed effort in the 2017 Group 1 Irish 2000 Guineas (1600m) behind well-regarded Churchill and dual Group 1 Dubai World Cup (dirt, 2000m) winner Thunder Snow.

“Mogul looks hard to beat, so let’s just hope I can get a good gate – this horse for whatever reason always seems to draw a bad gate, he’s certainly due to draw a good gate and hopefully he just gets a nice run,” Purton said.

“I thought it was a good effort, the pace of the race was a little bit stronger than I thought it would be and Time Warp put the pedal down further from home than what I thought was necessary, so it really made it hard for those horses up on the speed which is where I was,” the Australian ace said.

“Furore sat right on my tail the whole way and came passed me under a hold, so it was a little bit concerning and a little bit disappointing that he was able to go past me so easily. “Because Exultant is known for his fighting heart and his strong will to win, so while it’s probably a nice performance it’s maybe just a shade below than the performance he put in last year,” Purton said.

But an added two furlongs this Sunday, mixed with two runs already this term combined with a slightly smaller field than usual, serves as a recipe that bodes well for the four-time champion jockey.

“Now we go into the Vase and step out at his preferred distance after having a couple of runs under his belt in a race that doesn’t look as if it’s as strong as it has been before, we don’t have as many Europeans, we only have one French and we don’t have the Japanese – it’s certainly a winnable race,” Purton said.